Wednesday, August 17
You are at:Home»News»Sabah»Six fatalities, 509 accidents in Sabah during Raya celebration 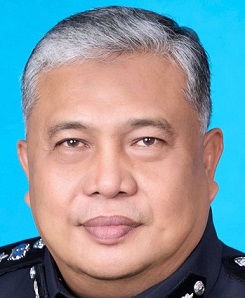 KOTA KINABALU (May 10): Six road fatalities were recorded in the state during the 10-day Ops Selamat 18 in conjunction with the Hari Raya Aidilfitri celebration.

Sabah Commissioner of Police Datuk Idris Abdullah said since Ops Selamat began on April 29 until May 8, 509 road accidents were recorded as compared to the same period last year under Ops Selamat 15, with 472 road accidents.

“This year’s Ops Selamat 18 shows an increase of 37 cases or seven percent of road accidents as compared to the same period last year under Ops Selamat 15.

Idris said the objective of Ops Selamat is to reduce the rate of road accidents, create a a safe environment for all road users and ensure smooth traffic flows.

“In addition to that, police also monitored residential houses, especially of those who balik kampung, to ensure they will have a peace of mind while they celebrate the festive holiday with their families and friends,” he said.