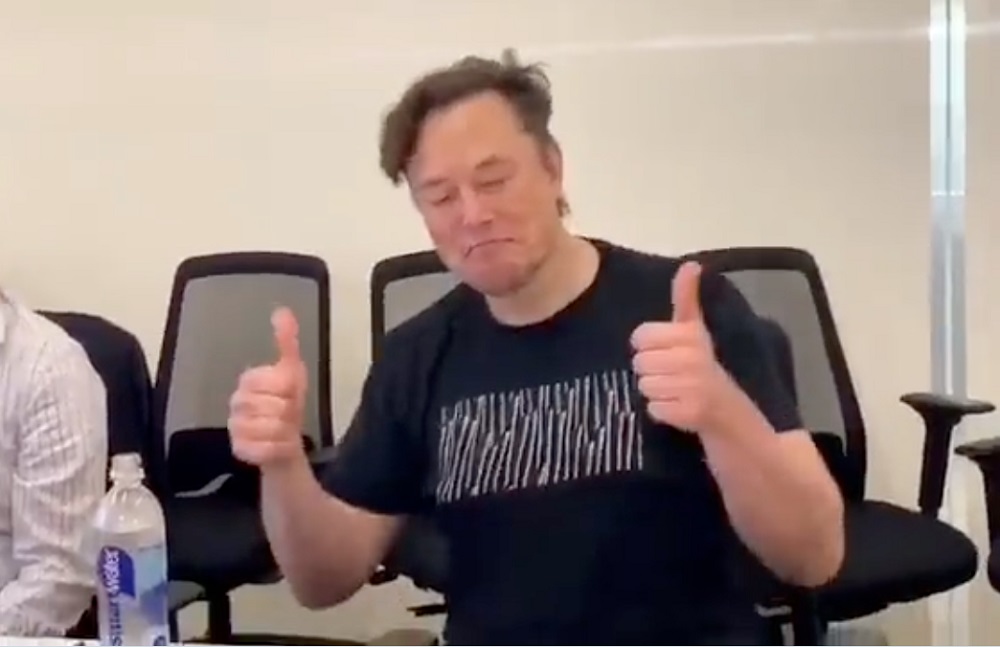 Tesla boss Elon Musk gives Indonesian Kopiko candy two thumbs up after trying it out during a meeting in Texas. ― Picture via Twitter/txtdarionlshop

KUALA LUMPUR (May 11): All-time favourite and nostalgic coffee-flavoured Kopiko candy continues to impress even people from different continents with its unique taste.

That was the case for the wealthiest man in the world Elon Musk who recently gave the candy two thumbs up after trying it out during a meeting at his Texas office.

In a viral video on Twitter, the Tesla chief executive officer was seen enjoying the candy, which was offered to him by Indonesia’s coordinating minister of maritime and investment affairs Luhut Pandjaitan.

In the 13-second video, Luhut was seen passing a packet of Kopiko candy to Musk who quickly rips it open to take a candy.

Musk then tried the popular candy and gave it two thumbs up by saying “very good”.

According to an Instagram post by Luhut, the minister and his entourage were meeting Musk at Tesla Gigafactory to talk about Indonesia’s efforts to develop the electric vehicles battery industry and other investment opportunities in the sector.

It was reported that Mayora, the Indonesian food and beverage giant that produces the candy, saw its stock price rise by 7.35 per cent the next day after Musk’s thumbs up.

As of today, Mayora’s stock price stood at an all-time high over the past 30 days. – Malay Mail