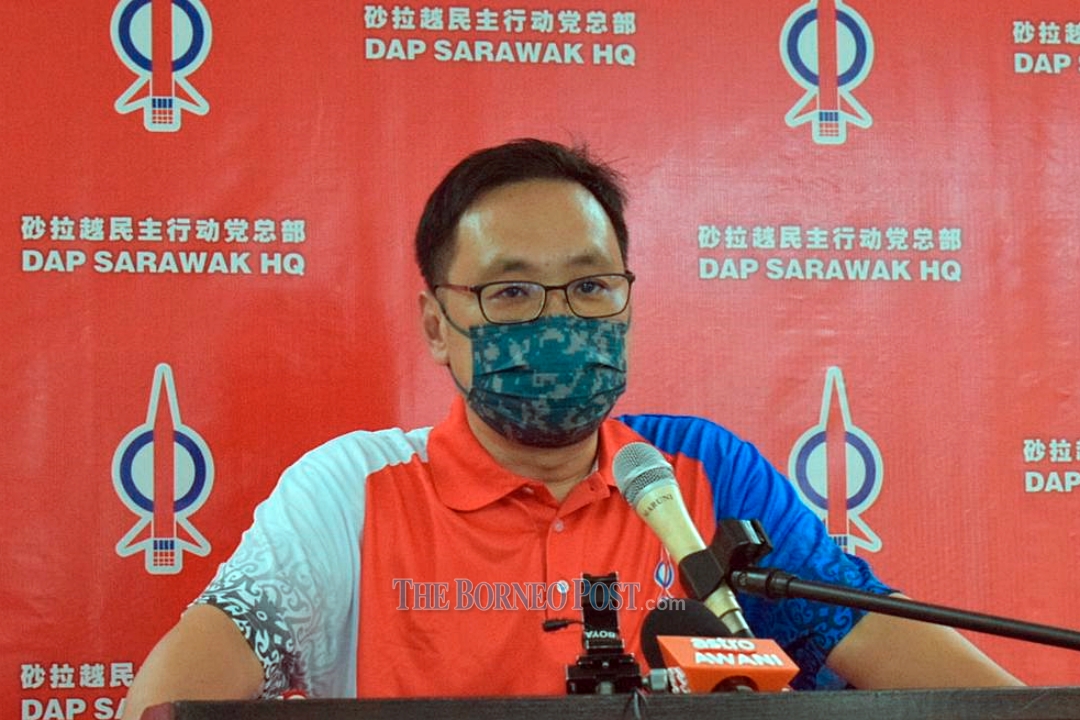 According to Chong, Wong should instead save his criticism for Gabungan Parti Sarawak (GPS).

“Political reality and the overall national political landscape dictate that a national party has the advantage over any local-based party which is confined only to a state.

“Whether Wong Soon Koh agrees to this view or otherwise, there is no need for his attack on DAP for holding such view,” Chong said in a statement.

He called for opposition parties in Sarawak to stop advocating a parochial local-party doctrine and fanning regionalism sentiment.

“By singing the same local-party tune along with GPS, these parties will only help to consolidate GPS’ stranglehold on its power,” he claimed.

“To fight the PN/BN/GPS government in the coming general elections, it should be on issues of national economic policies, how businesses are to recover and how jobs are created and saved.”

According to him, most businesses and people are suffering at the moment.

He pointed out that the ringgit is now at its lowest ever value against the Singapore dollar, inflation is triple that of Pakatan Harapan’s (PH) time, the cost of living has increased tremendously, while many construction works have stalled due to the escalating costs of raw materials.

“Administratively, the country’s Corruption Perception Index has dropped from the 51st position in 2019 (PH government) to the 62nd position in 2021. The country is in serious trust deficit and is made worse with the recent MACC (Malaysian Anti-Corruption Commission) attack on the judiciary and Securities Commission scandal,” he said.

He claimed the current government has no solution to these economic problems and provides no direction for the country.

Chong opined the issue concerning the people is not whether a party is locally-based or otherwise, but which party or coalition has a holistic and national plan to reset the country and get the people out of the current doldrums.

“The impending GE15 is an opportunity for the whole country, including Sarawak to rectify and reset,” he said.