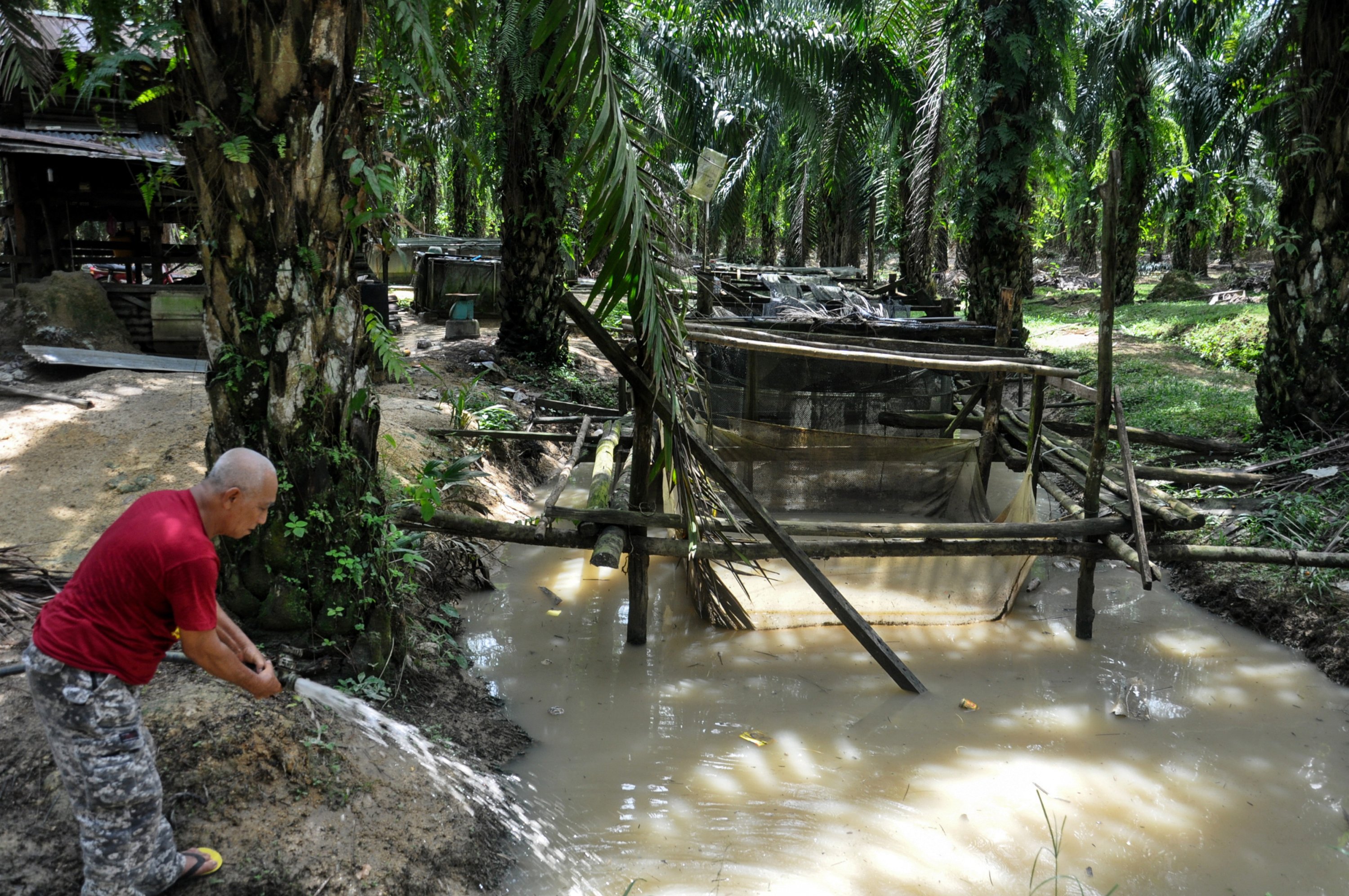 Mukhtar channels water from a mountain stream into the pond. — Bernama photo

JERTEH (May 12): Instead of rearing catfish in a river, a farmer in Felda Selasih here, is cultivating catfish in an oil palm plantation using water from a nearby mountain as a water source for his pond.

Mukhtar Ismail, 64, said the use of mountain stream water was indeed very special following the feedback he received from his customers, saying that the flesh of the fish is firmer and the taste sweeter, and does not have a fishy smell.

According to him, normally Felda settlers breed cattle and goats on their oil palm plantations to generate additional income, however, he chose to raise catfish as it is easy to care for, resilient and always in high demand.

“Coincidentally, my oil palm plantation has a creek, so with a capital of RM5,000 in 2014, I started the project to deepen the creek to place a fish cage that could hold water from Gunung Tebu.

“Mountain stream water is ideal for catfish as it is cleaner and free from any contamination,” he told Bernama here today, adding that the water channel is provided by the Farmers’ Organisation Board (LPP) as there is also a vegetable farm nearby that uses mountain water for crops.

Mukhtar shows some of the month-old catfish raised in the plantation.

The father of nine now owns more than 11,000 catfish and each year, he can harvest adult catfish three or four times depending on the supply of catfish seeds and weather.

He said, fresh catfish is sold at RM7 per kg, while cleaned catfish is priced at RM8 per kg which is usually sold wholesale to restaurant and eatery operators around the district, adding that he could earn about RM3,000 per month from this enterprise.

To maintain the quality of the catfish, Mukhtar said he used boiled chicken or cow intestines as feed and not the regular bran sold in the market.

“It is a tiring and tedious job as it takes a long time to boil intestines. But it is also one of the factors that gives a different taste compared to other catfish,” he added.