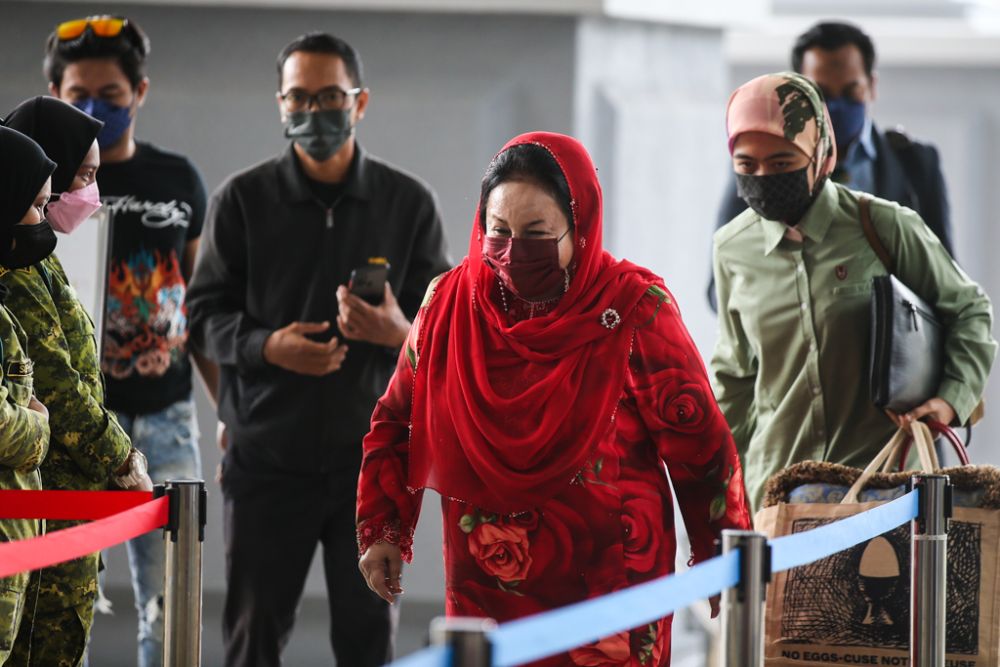 Judge Mohamad Zaini Mazlan made the decision this morning, following the conclusion of the trial which he said he would deliver his decision in the morning of said date at 9am.

“We’ve reached the end of the road. I propose to take two months from today and I propose July 7 to have my full written judgement ready when I deliver my decision,” Judge Nazlan said today.

Proceedings against Rosmah began after a report was made to the Malaysian Anti-Corruption Commission (MACC) on November 9, 2018 to start investigations into the former prime minister’s wife under Section 16 (a) (A) MACC Act 2009.

On Feb 18 last year, Rosmah, 70, was ordered to enter her defence on the three charges after the prosecution succeeded in proving a prima facie case against her.

The bribes were allegedly received through her former aide turned prosecution witness Datuk Rizal Mansor, as a reward for helping Jepak Holdings secure the Hybrid Photovoltaic Solar System Integrated Project as well as the maintenance and operation of diesel generator sets for 369 Sarawak rural schools worth RM1.25 billion from the Education Ministry through direct negotiation.

Rosmah has insisted she is the victim of a conspiracy which has resulted in her being charged and the real culprits are Rizal, Datuk Seri Mahdzir Khalid the current minister of Rural Development , former Auditor-General Tan Sri Madinah Mohamed , Datuk Seri Alias Ahmad, Rayyan Radzwill Abdullah and Saidi, who were the prosecution witnesses which testified against Rosmah. — Malay Mail