Thursday, August 18
You are at:Home»World»Passenger with no flying experience lands plane in Florida after pilot incapacitated 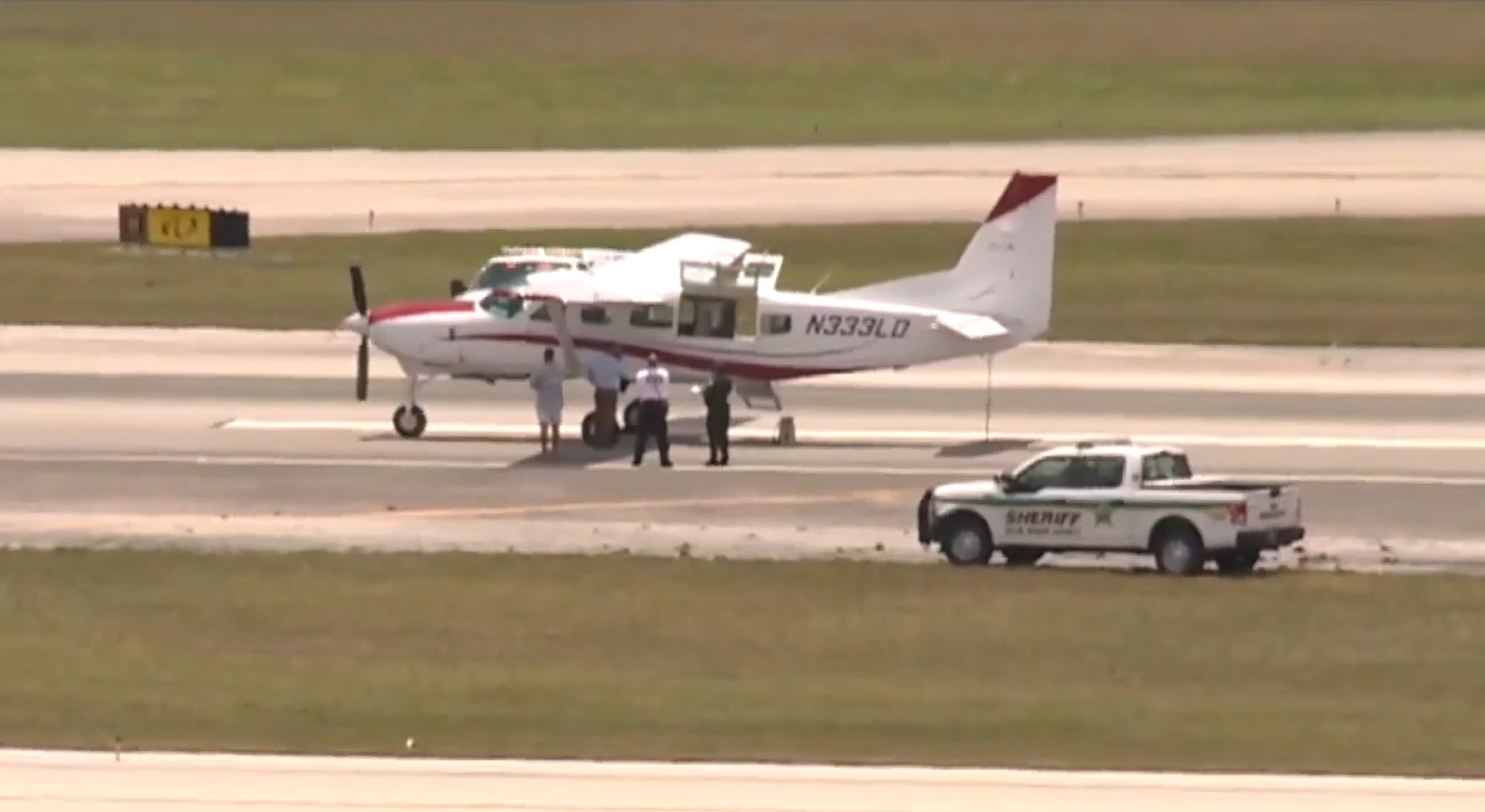 The plane is seen on the runway where it landed. — Screenshot from WPTV West Palm Beach

MIAMI (May 12): A passenger without flying experience landed a small plane at a Florida airport after the pilot was rendered “incoherent” by a medical emergency, US media reported Wednesday.

The unwitting pilot, the only passenger on the single-engine Cessna 208, relied on air traffic control to guide his landing at Palm Beach International Airport, some 110km north of Miami, NBC reported.

Officials at Fort Pierce, north of Palm Beach, received an emergency call around noon on Tuesday from the passenger, saying, “I’ve got a serious situation here,” NBC reported.

“My pilot has gone incoherent. I have no idea how to fly the airplane.”

Asked for his position he said, “I have no idea” but that he could see the Florida coastline.

“Maintain wings level and just try to follow the coast, either north or southbound,” the air traffic official told him. “We’re trying to locate you.”

Air traffic controller Robert Morgan said his experience as a flight instructor helped him guide the passenger, whose name has not been released, as he landed the plane.

“I felt like I was gonna cry because I had so much adrenaline built up” after the incident, Morgan added, saying the passenger gave him a hug and thanked him for helping him get safely back to his pregnant wife.

The condition of the pilot or the nature of the medical emergency was not immediately released, but Palm Beach Fire Rescue said a patient was transported to a hospital after the plane touched down. — AFP