Thursday, August 11
You are at:Home»News»Sabah»Shafie: Talk about cooperation when Warisan house completed 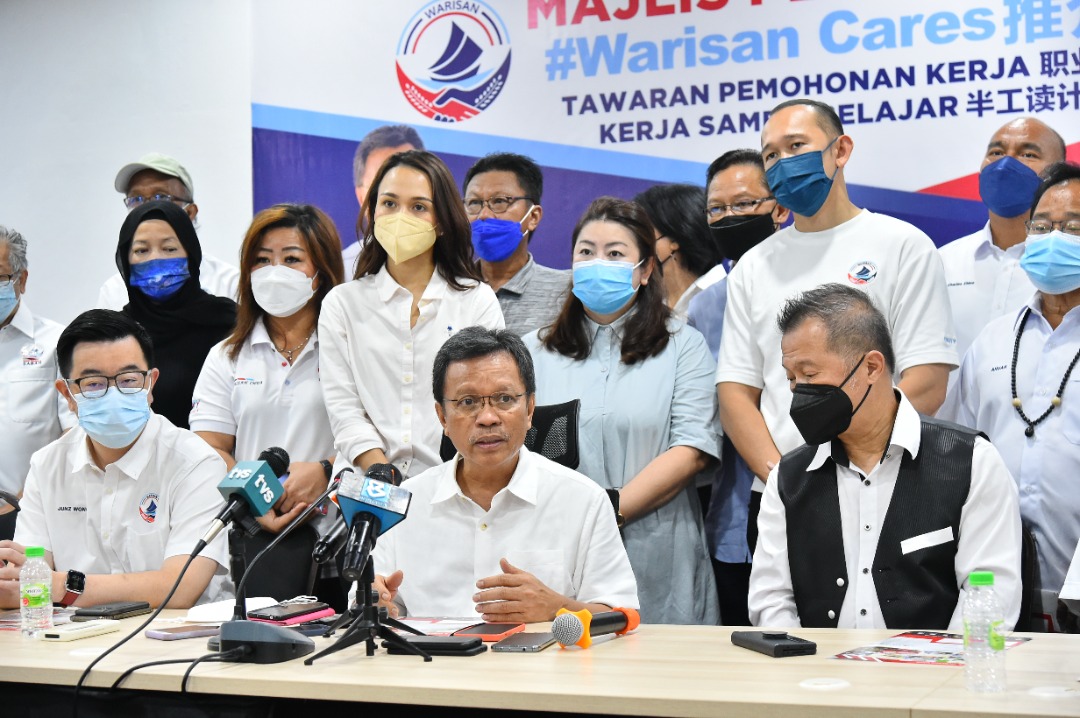 Shafie speaking at the press conference on Thursday.

KOTA KINABALU (May 12): Warisan Sabah is still focused on building its own house and will only talk about working with other parties when their house is completed.

Its president, Datuk Seri Panglima Mohd Shafie Apdal, reminded that it is important to be pragmatic in life.

“Just like humans. Before getting married, one must find work. Don’t marry other people’s children without first considering what they eat and drink and where they live. You have to be pragmatic in life. I have to build this party that we can house everyone. When the house is ready, then we can talk about who to work with,” he said during a press conference after he was asked about Warisan’s soured relationship with Democratic Action Party (DAP).

He added that Warisan had not stated that it would go solo nor had it closed the door for future cooperation, but reiterated that they needed to strengthen their party, stating that Warisan does not want to be coerced.

“We are building our house. We need to build the walls, the roofs, the poles. Sometimes, even the poles get stolen. This is reality,” he said, stating that they were keen on speeding up the Anti-Hop Law.

“As a leader of the party, I must make sure that the party is strong enough. I cannot talk about cooperation,” he said at the launching of the #WarisanCares programme at the party’s headquarters in Kolombong near here on Thursday.

He further stated that any cooperation must be a smart partnership and must not be about strengthening the other party but also to strengthen Warisan, the people of Sabah and their interest as well as the nation and citizens of the country.

“So, we have to look into it. I am not saying negative, but allow me to build my party first. I mean, I work with people but I don’t want to work with people when they take the poles (of our house).”

“We have to preserve this party for the future of the country,” he said.

Shafie also stressed that Warisan must be strengthened so that no one can call it a ‘crony party’.

“I gave my opinion and told him to build his party first,” he said when asked about the possibility of working with MUDA.