Saturday, August 20
You are at:Home»News»Court»Witness: Lawyer Shafee hid ‘identity’ of RM9.5m received from Najib as loan instead of legal services to Umno and BN 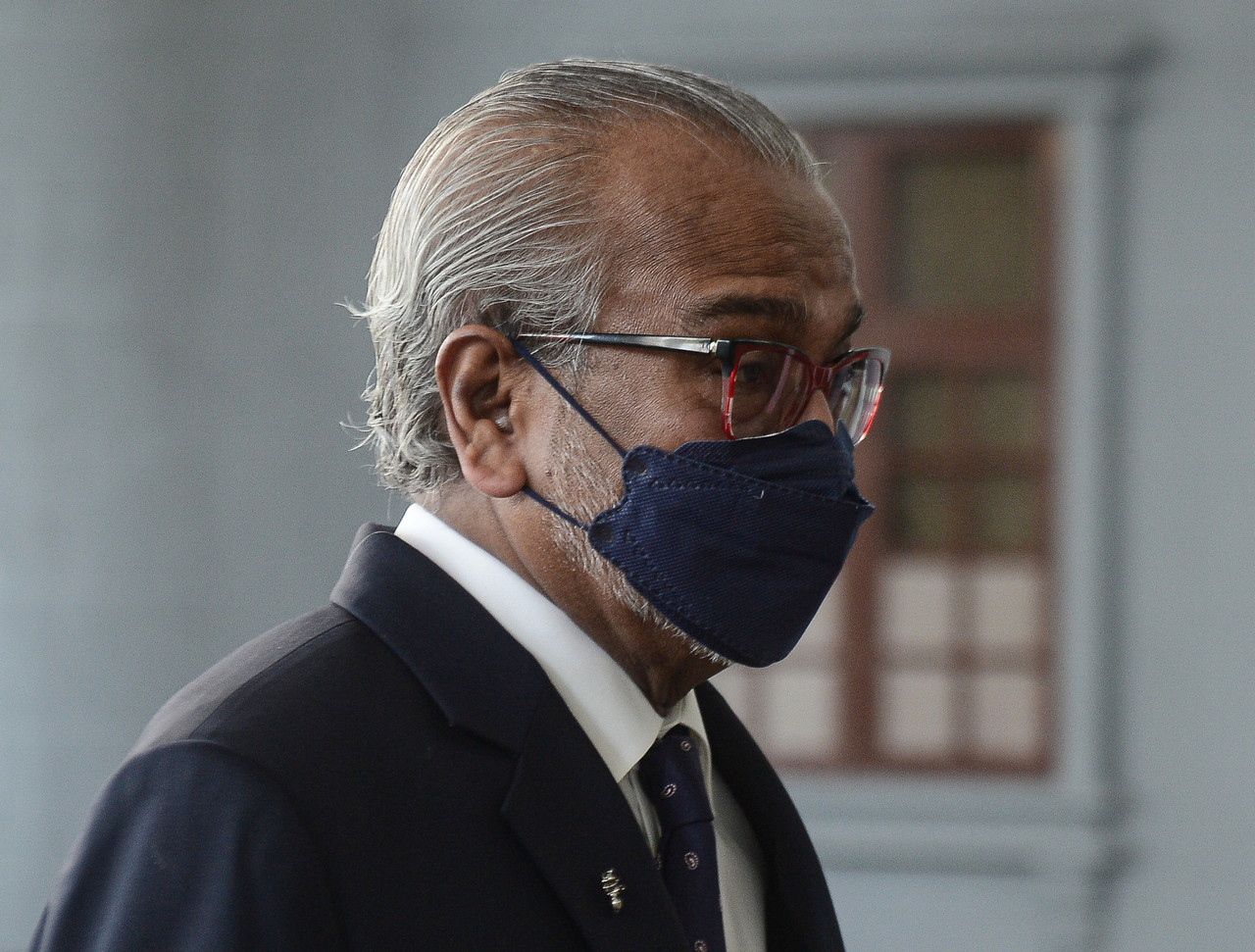 KUALA LUMPUR (May 12): The High Court here was told today that lawyer Tan Sri Muhammad Shafee Abdullah had tried to hide the “identity” of the RM9.5 million received from Datuk Seri Najib Razak as a loan, when the money was paid for legal services rendered to Umno and Barisan Nasional (BN).

Malaysian Anti-Corruption Commission (MACC) investigating officer Mohamad Farid Jabar, 37, said that based on two recordings of statements taken by the MACC in 2017 and 2018, Muhammad Shafee said that the RM9.5 million was for legal fees, but in another recorded statement and a media statement, the lawyer said the money was a loan.

“Tan Sri Shafee’s explanation through the two recorded statements that I obtained clearly proves that the receipt of RM9.5 million was the payment of legal fees for the 2004 and 2006 election petition cases that had been completed,” he said, adding that the statements were recorded by two MACC officers.

The eighth prosecution witness said this during re-examination by Deputy Public Prosecutor Afzainizam Abdul Aziz in the trial of Muhammad Shafee, who is charged with receiving RM9.5 million in funds obtained from illegal activities from Najib, and two counts of making false statements to the Inland Revenue Board (IRB).

Mohamad Farid said he had lodged a complaint on September 4, 2018, over the alleged offence of receiving RM9.5 million by Muhammad Shafee, whereby the senior lawyer was a suspect in his investigation paper.

“The investigation done by me was aimed at finding out whether the receipt of two cheques amounting to RM9.5 million had been declared in Form B for the years of assessment (IRB) 2013 and 2014, from there, my investigation found that it was not reported.

“My investigation also found that, based on the recordings and media statements, he (Muhammad Shafee) tried to hide the true identity of the RM9.5 million he received as a loan, when the RM9.5 million was actually payment for legal services provided by Tan Sri Shafee to Umno and BN,” he said.

To Afzainizam’s question as to why he did not issue a notice to Muhammad Shafee and Shafee & Co, to submit invoices regarding the legal fees to Umno and BN, Mohamad Farid said Muhammad Shafee himself had confirmed that he did not request any invoices from Najib, because he was “shy” to do so.

“Besides that, the cheque (RM9.5 million) was made personally by Datuk Seri Najib to Tan Sri Shafee because the 2004 and 2006 election petition cases had been completed,” he explained.

Judge Muhammad Jamil then ordered both parties to submit the notes of the proceedings on June 12 for the court to examine and compare them with the court recording transcript (CRT) to determine the accuracy.

“Both parties must also file written submissions on or before July 26 and oral submissions have been set for September 15,” he added.

The charges, under Section 4(1)(a) of the Anti-Money Laundering and Anti-Terrorism Financing and Proceeds of Unlawful Activities Act 2001, carry a fine not exceeding RM5 million or up to five years’ jail or both upon conviction.

Muhammad Shafee is also facing two charges of being involved in transactions of proceeds from unlawful activity, that is by making inaccurate statements and in contravention of paragraph 113(1)(a) of the Income Tax Act 1967 for financial years ending December 31, 2013 and December 31, 2014.

For this, Muhammad Shafee is liable to be jailed a maximum of 15 years and fined not less than five times the amount of proceeds from the unlawful activity, if convicted. – Bernama