Friday, May 20
You are at:Home»News»Court»Man jailed six years, stroke of rotan for molesting 4-year-old girl 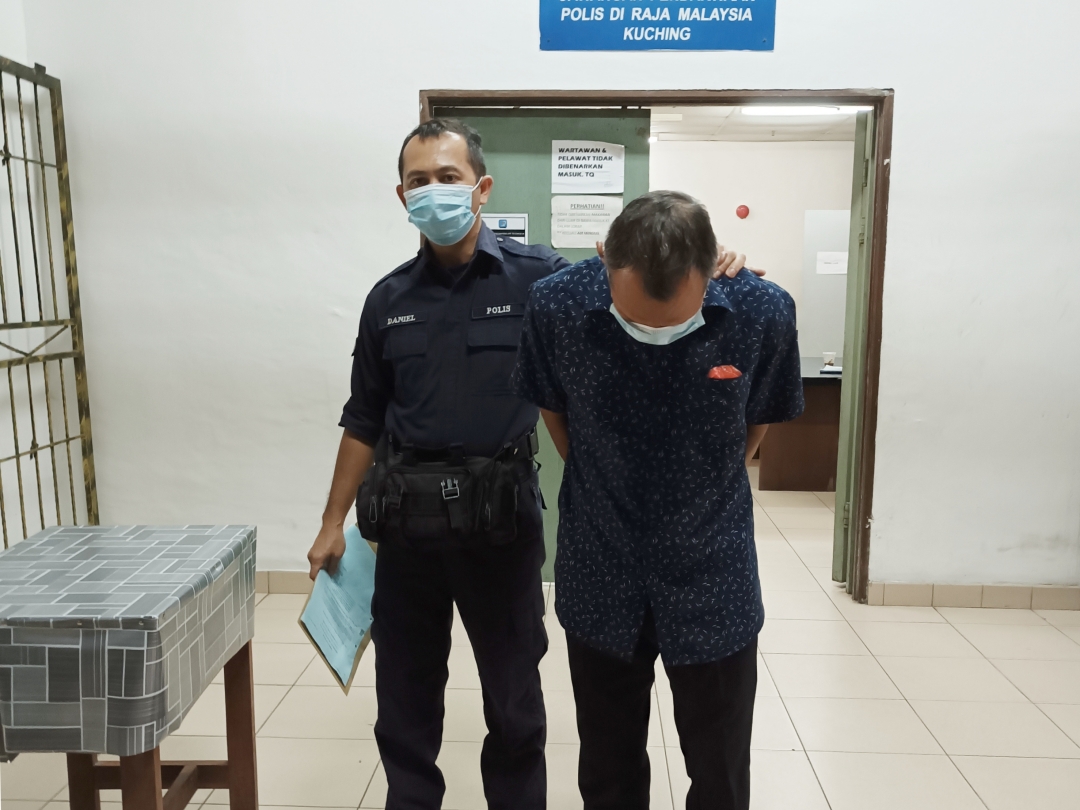 The accused being brought out of the courtroom after receiving his sentence.

KUCHING (May 13): The Sessions Court here sentenced a 65-year-old local man to six years’ jail plus one stroke of the cane for sexually assaulting a four-year-old girl in 2020.

According to the charge sheet, the man committed physical sexual assault on the girl by touching her private part on Aug 10, 2020 around 6pm at a grocery shop in a village in Padawan.

The charge is framed under Section 14(a) of the Sexual Offences Against Children 2017 and punishable under Section 14 of the same Act which provides for imprisonment for a term not exceeding 20 years and shall also be liable to whipping, upon conviction.

Before being sentenced, the accused through his lawyer Roland Thomas appealed for a lighter sentence as he had various health problems such as high blood pressure, high cholesterol, pleural tuberculosis and hyperglycaemia.

Deputy Public Prosecutor Danial Mohamad Ali, however, urged the court to take into account the age difference between the victim and the accused, besides stressing that such physical sexual cases are often reported by the media.

Apart from that, the accused also said that he is mature enough and should have sufficient intelligence to distinguish between right and wrong.

Judge Dayang Ellyn Narisa Abang Ahmad, who meted out the sentence, found that the defence of the accused was a mere denial and the accused also failed to raise reasonable doubts at the end of the defense case.

“The court found that the prosecution had succeeded in proving the case beyond a reasonable doubt against the accused.

“Therefore, the accused was found guilty and sentenced to six years imprisonment and given one whipping, in pursuance with Section 25 of the Sexual Offenses Against Children Act 2017,” said Dayang.

Dayang also said by taking into account that the accused is now aged 65 and has health problems, the punishment and whipping are sufficient and the accused will most likely not repeat the same act.

Based on the facts of the case, the victim went to the grocery store in the village located in Padawan with her grandmother.

While the grandmother was waiting outside of the shop, the victim went into the shop to buy some snacks, and at the time, there was no one else in the shop besides the victim, the shopkeeper (the accused) and the grandmother.

It is understood that the victim relayed the incident to her mother and following that, a police report was lodged and the accused was arrested on Aug 17, 2020.

The victim was also sent to the hospital and underwent an examination by an obstetrics and gynecology specialist but there was no sign of physical injury.

Meanwhile, the court rejected the defence’s application for a stay of execution of the sentence against the accused while appealing to the High Court.