Saturday, May 28
You are at:Home»Sports»Martial Arts»National wushu debutants rake in two gold, one silver in Hanoi 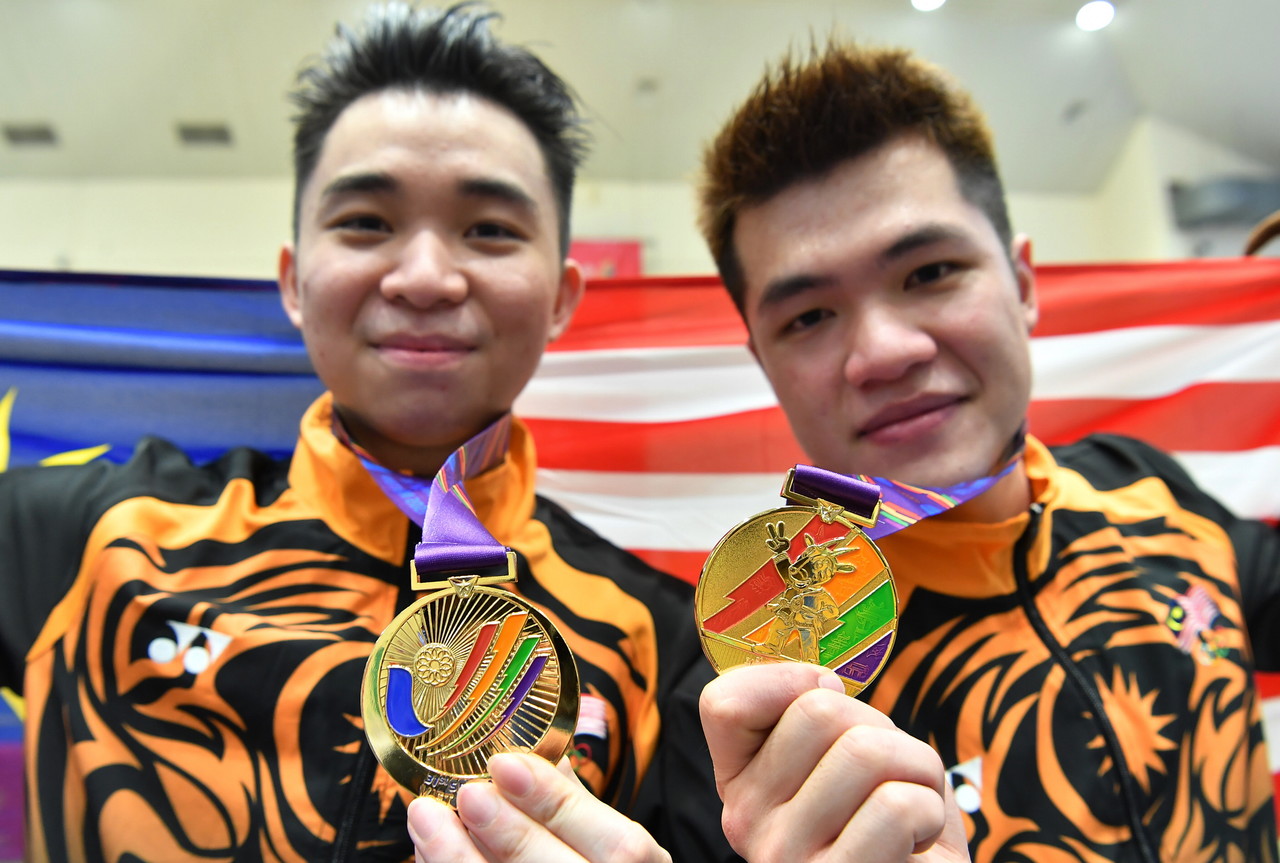 Tan Zhi Yan (left) and Clement Ting Su Wei both earned a gold medal each on the first day of competition for the sport at the 31st SEA Games in Hanoi. – Bernama photo

HANOI (May 13): The national wushu camp made a surprise haul of two gold and one silver through taolu discipline on the first day of competition for the sport at the 31st SEA Games here.

The three wushu medalists who were in fact making their debuts at the biennial Games, help the squad to surpass its target of one silver and one bronze.

The first gold medal at Cau Giay Gymnasium here was delivered by Clement Ting Su Wei, 24, in the men’s changquan after recording 9.70 points.

Even though he attained the same number of points as the 2017 edition champion, Lim Jowen Si Wei of Singapore after both completed their flawless performances, Clement was named the champion as his display was more captivating to the jury.

Another Malaysian representative in the event, Yeap Wai Kin who missed the podium by 0-01 points,  was in the fourth place with 9.68 points behind Seraf Naro Siregar (9.69) from Indonesia.

The national team later added another gold through Tan Zhi Yan, who triumphed in the men’s taijiquan event and gifted Malaysia’s 11th gold medal in the Games.

The 22-year-old exponent from Batu Berendam, Melaka wooed the jury with a scintillating show to garner 9.71 points followed by Jones Inso (9.70) from the Philippines and Jun Kai Chan (9.57) of Singapore for the silver and bronze.

In the women’s jiansha event, Pan Pui Yee was placed last among seven participants with 9.36 points.

Previous ArticleAmirudin: PKR cannot afford to contest on its own on GE15
Next Article Wan Junaidi: Anti-hopping Bill framework ready but still have few more steps to go