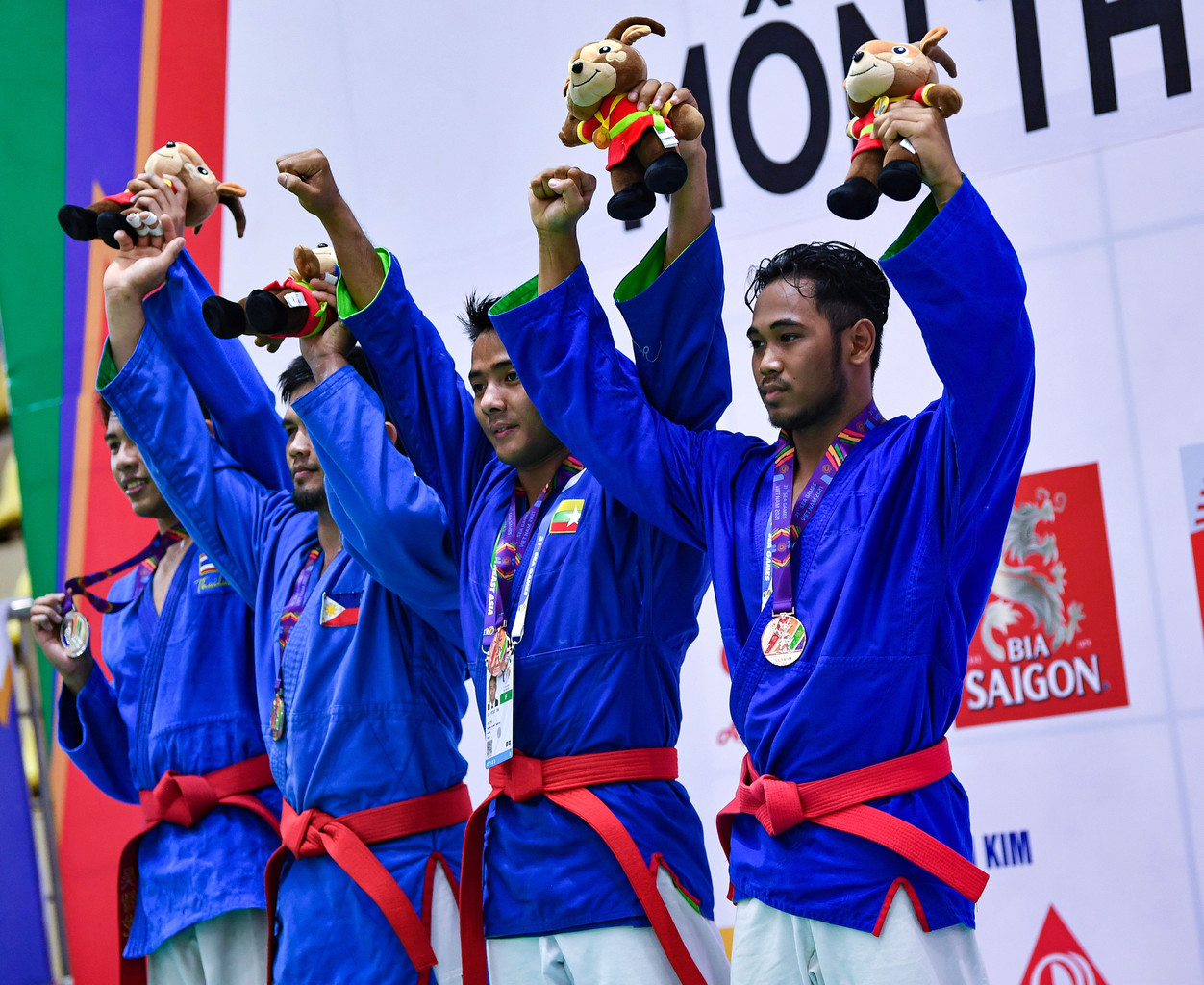 HANOI (May 13): The national kurash team can afford to celebrate after bagging a third bronze medal on the final day of the competition in the 31st SEA Games at the Hoai Duc Gymnasium here today.

National kurash coach Amirul Asraf Ab Razak said his charges had the potential to win more medals if only they had more time to prepare and more competitions to take part in to gain experience.

“The advantage they (the athletes) have is that they are still young and have many more opportunities to compete in the SEA Games. They clearly have weaknesses in terms of experience. If they can have more training and competitions, Insya-Allah they will get the best results,” he told Bernama.

Meanwhile, team manager Susan Cheah Pik Yee said she was proud of the team’s achievement although they only started training about a month before the biennial Games began.

“I am very proud because they achieved this (three bronze medals) despite the short training period and, that too, during the fasting month. So, these results are fantastic. They were fasting and only ate a little when breaking fast before continuing to train diligently until late at night,” she said.

However, she was disappointed that the team failed to get a medal in the women’s above 87kg category.

“I can see that our two women athletes have very big potential and I was shocked when I saw that their first opponents were a gold medallist from the previous edition and a reigning Asian champion. We must draw up long-term plans for both of our women athletes,” she said.

The national kurash team to the Hanoi SEA Games comprised three men and three women, who competed in five categories out of the 10 contested.

At the 2019 edition in the Philippines, the two-member national kurash team returned home with a silver medal in the men’s below 90kg category through Fakhrul Adam Fauzi Cruz. – Bernama