Saturday, May 28
You are at:Home»News»Sabah»Some 4,000 villagers in Sabah stranded after bridge collapses after continuous downpour 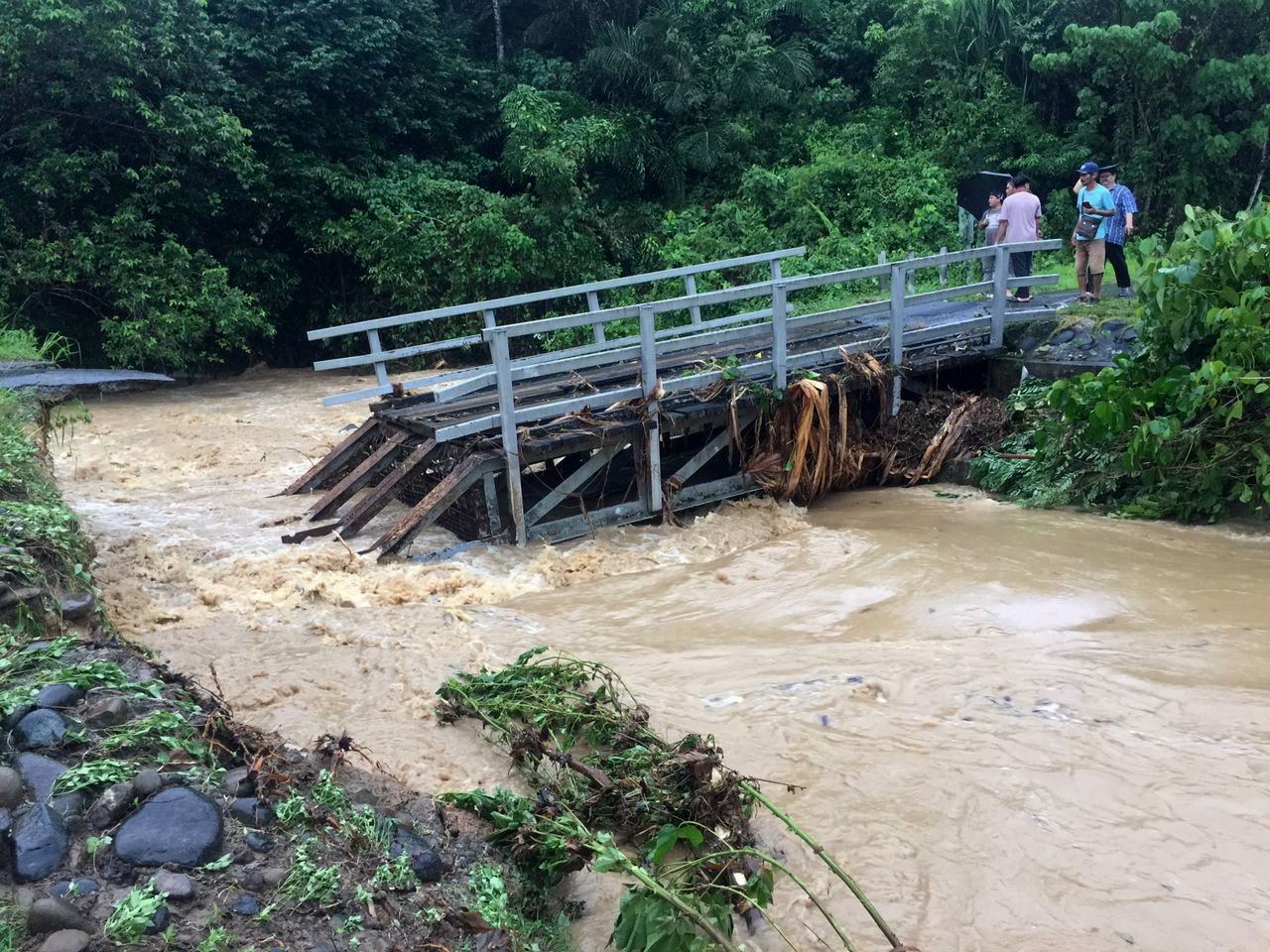 KOTA BELUD (May 13): The only road link to five villages near here was cut off after a bridge collapsed yesterday following continuous heavy rains since Monday, leaving about 4,000 residents in dire straits.

A farmer from Kampung Sayap, Sinim Embom, 58, said her family had planned to buy items for the wedding of a relative but the disaster disrupted their preparations.

“We are forced to postpone the wedding. The incident also brings difficulties to the villagers as it was their only route to town.

“It has badly affected us, especially farmers who have to ferry their produce to town every day,” she said when met by Bernama here today.

Yesterday, Bernama reported the Sabah Public Works Department as saying in a statement that KM4.3 of Jalan Sayap in Kota Belud was closed after a bridge was damaged due to continuous heavy rains.

It said there was also no alternative route for motorists.

A resident from Kampung Talungan, James Taiman, 69, said the incident at 2pm prevented all types of vehicles from going to the villages.

“The bridge collapse made it impossible for any vehicles to reach Kampung Nahaba, Talungan, Terintidon, Tegudon, and Kampung Sayap, which have almost 4,000 residents,” said the trader.

Another villager from Kampung Nahaba, Serupi Lambang, 46, said he hoped that the authorities could immediately build a concrete bridge to replace the collapsed one.

“The bridge which collapsed was dilapidated and should have been replaced a long time ago. The bridge is crucial as it is the only link to town,” he said.

Five PPS are still open in Tenom housing 333 victims from 124 families and two are open in Beaufort holding 352 victims from 95 families.

The number of flood victims dropped to 685 people from 219 families this morning compared to 707 people from 323 families yesterday evening, said the statement. – Bernama