Sunday, May 22
You are at:Home»News»Sabah»CM: Govt committed to issue land titles 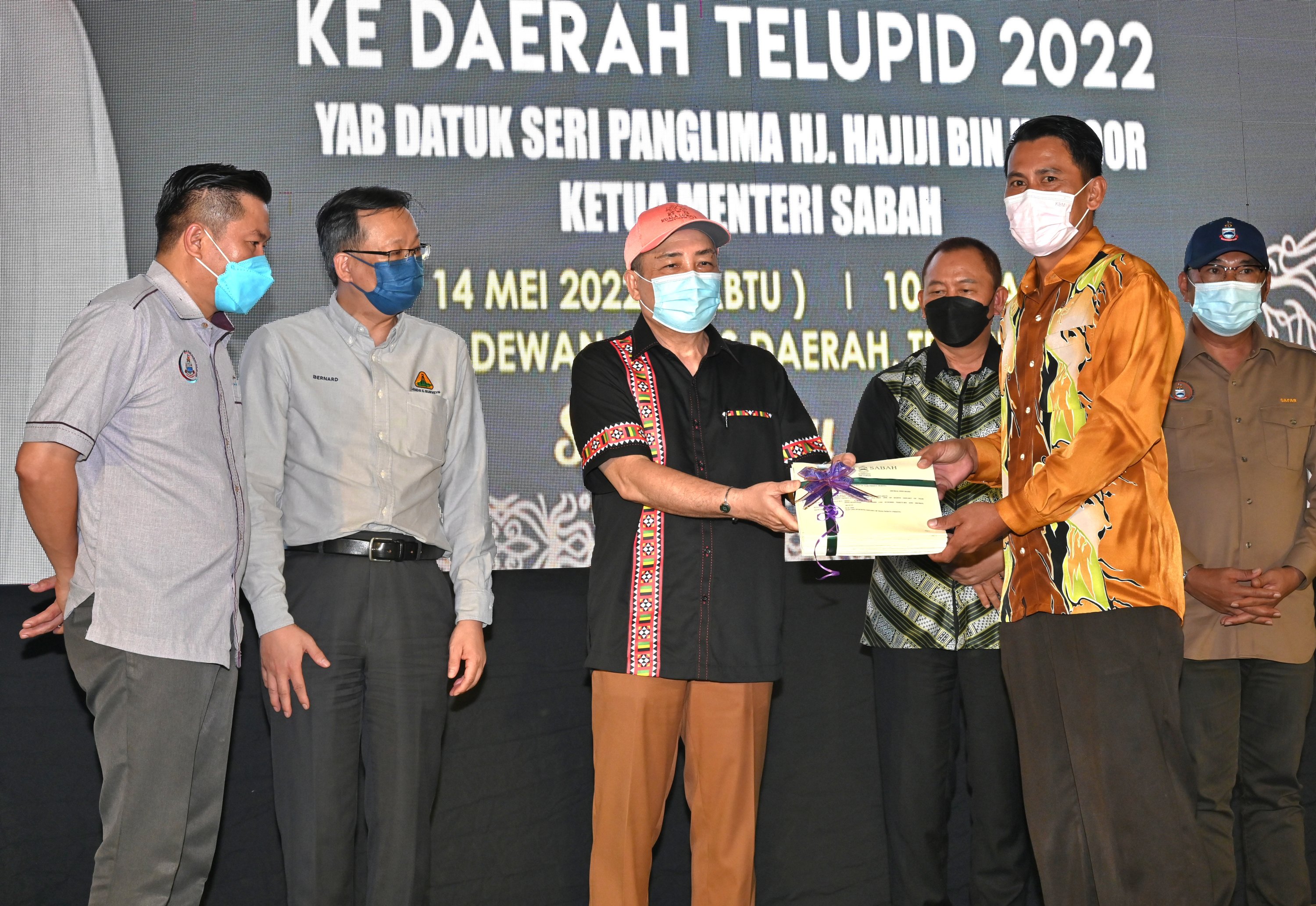 Hajiji (left) handing over the land titles to a representative of the villagers.

TELUPID (May 14): The Gabungan Rakyat Sabah-Barisan Nasional (GRS-BN) government will continue to use the Sabah Customary Land Service Program (PANTAS) program to complete the survey of native customary land (NCR) in Sabah.

Chief Minister Datuk Seri Panglima Hajiji Noor said the state government is committed to focus on the issuance of land titles to Sabahans because it involves the lives of people regardless of race, creed or political understanding.

“The PANTAS program, which was implemented since 2011, is now being continued by the GRS-BN government because it is aware of the importance of issuing land grants to the people of this state, especially natives in rural areas, including in the Telupid district.

“The approach to continue the PANTAS program is also to ensure that the issuance of native titles (NT) for NCR land that has been occupied for a long time can be expedited,” he said.

Hajiji handed over a total of 181 native titles involving an area of 1,294,296 acres and the village reserve gazette, namely the Kampung Telupid Batu 4 Native Residential Site, covering an area of 201,336 acres.

He stressed that the government want the land grant issuance process to be strengthened and intensified this year.

“In 2021, the State Government has successfully surveyed land for natives with a total area of 15,511.52 hectares, and gazetted 80 areas as Special Village Reserve Land for natives,” he added.

Hajiji said he is confident that this development plan will help drive the progress and development of the district.

Hajiji hoped that the book will be used by local leaders as a guide in the development of Telupid district so that the aspirations of the district can be realized for the interest and benefit of the people there.

“I know Telupid is one of the districts that still needs a lot of development and I hope this plan will get the support of all parties involved so that it can be successful for the benefit of the people.

“The GRS-BN government will ensure that more development is brought to this district which is still lagging behind. The government also always supports and helps to make the development plan of any districts in the state a success,” Hajiji said.

Commenting on the new Telupid District Council office building, Hajiji expressed hope that all efforts would be focused on driving the development of the district.

“I also want to see district councils proactively increase their efforts to increase revenue. If you do not perform as entrusted, you will continue to be a liability to the government. Therefore, I want all appointed officers to play a role in the district council,” he added.

According to Hajiji, the Sabah Maju Jaya Roadmap Development Plan (SMJ) will only remain as a document if it is not translated into action.

Therefore those entrusted with the responsibility must ensure that all planned are implemented accordingly.

“So far, I am happy that we have achieved a lot of success in the one year after launching the SMJ Roadmap.

We have successfully attracted some mega investments and many more are now in the process of implementation.

“However, we cannot be complacent, we must consistently push ourselves to achieve more success for the sake of the people and the state,” he said and stressed that it is important for the people to continue to be with the GRS-BN government as it is a government that cares for the people.