Saturday, May 28
You are at:Home»News»Sarawak»Dr Sim: Get your second booster shot 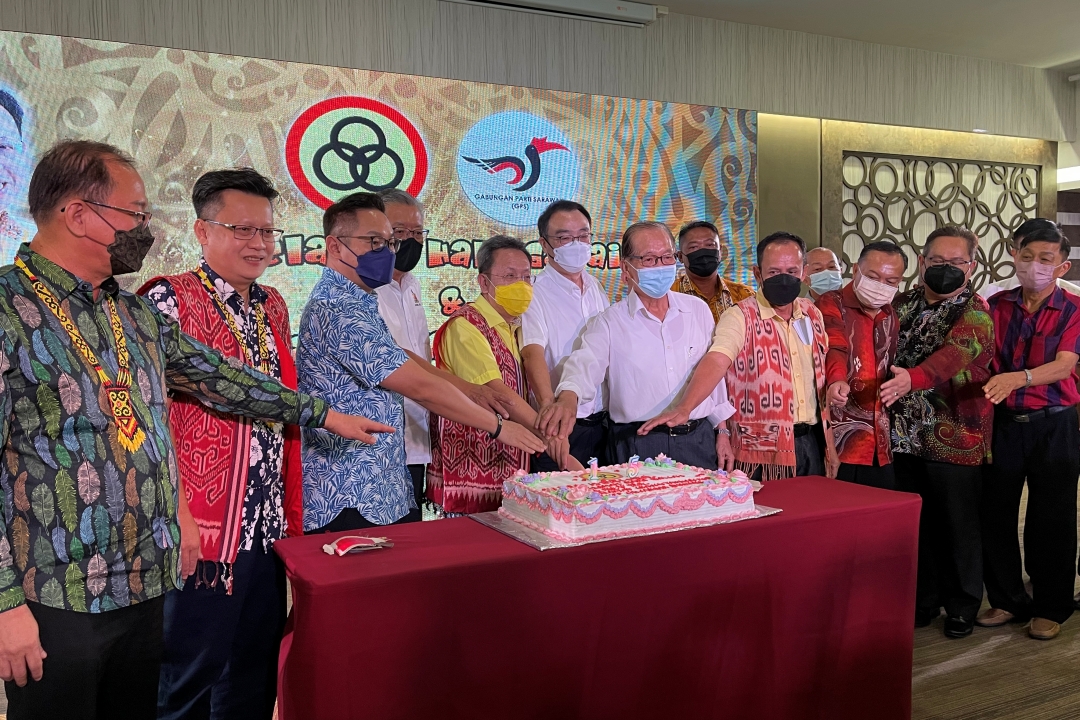 (From second left) Chieng, Tiang, (from fifth left) Dr Sim, Wong and others cut a cake to declare the event open.

SIBU (May 14): Deputy premier Dato Sri Dr Sim Kui Hian urges the people, especially those above 60 years old and those with risk factors, to get the second booster shot.

He said this was important as Gawai Dayak is just around the corner.

“Make sure to get your second booster dose and achieve high immunity so that you can safely celebrate Gawai.

“We are very fortunate because the vaccine is already here.  At this time last year the people were still waiting for the vaccine,” he said.

The vaccination rate in Sarawak is the highest in Malaysia (at 94 pct) due to the cooperation of its people.

Dr Sim, also the Minister for Public Health, Housing and Local Government, said many problems and issues could be solved as the government had sufficient funds to resolve them.

He talked about the eight longhouses in the constituency that had successfully applied for Housing Development Cooperation (HDC) loans but were still short of RM30,000 due to the price increase of raw materials.

Another problem was the lack of clean water supply at Ulu Sg Assan and Sibu Jaya (especially those living in the flat).

He also mentioned that Sibu Jaya was in need of two new schools to meet the rising population. SK Sibu Jaya and SMK Sibu Jaya are facing shortage of classrooms.

He also requested for broadband wireless access (BWA) in the Dudong area.