Saturday, May 28
You are at:Home»News»Sarawak»Julaihi: GPS pre-council meeting tomorrow to deliberate number of Bills to be tabled at coming DUN sitting 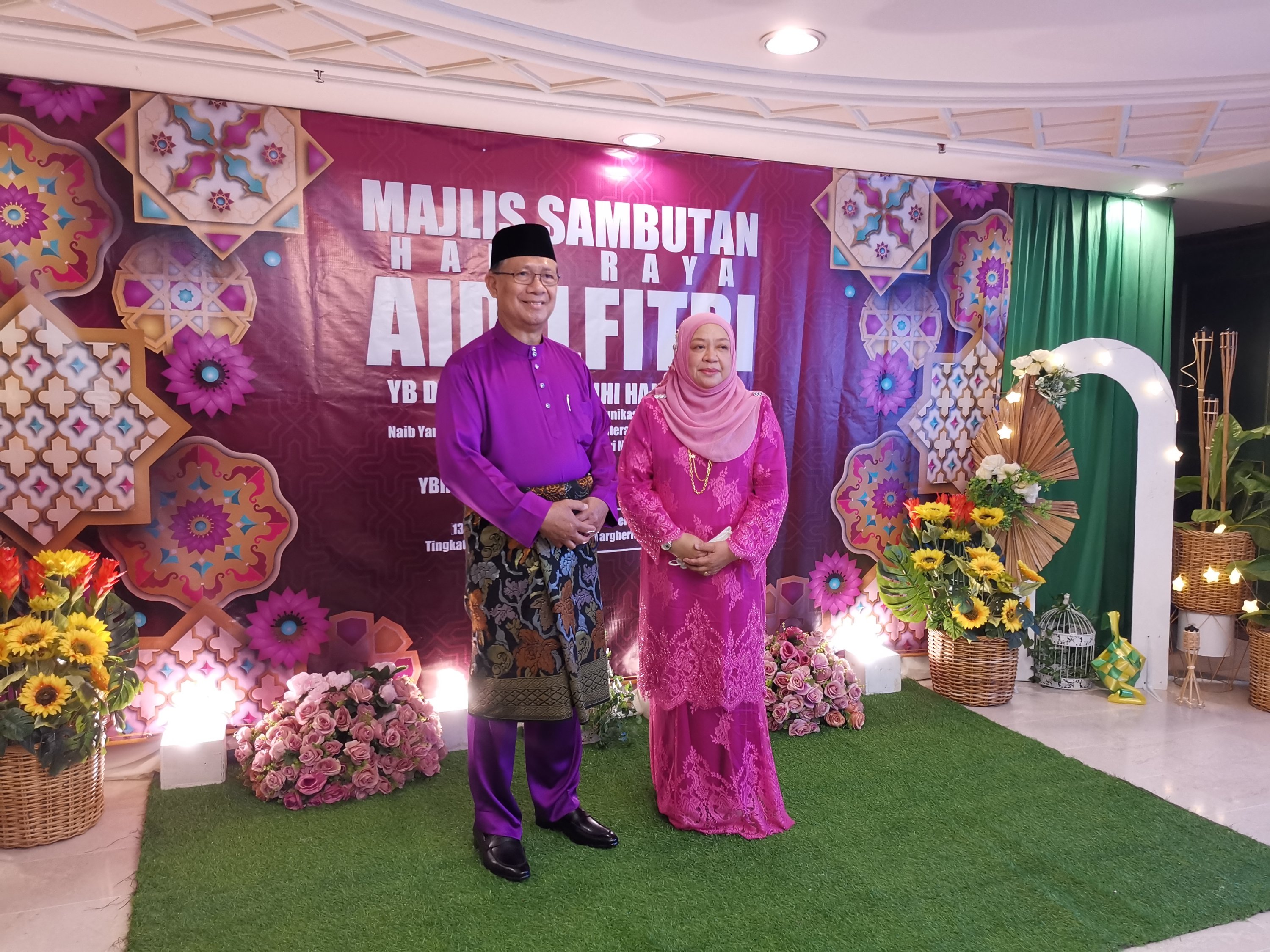 Julaihi and his wife Datin Sadiah Buji pose during the festive open house. – Photo by Lim How Pim

KUCHING (May 17): Utility and Telecommunications Minister Datuk Julaihi Narawai today said he is unsure how many Bills will be tabled at the coming State Legislative Assembly (DUN) sitting from May 17-26.

The Sebuyau assemblyman said details on the subject matter will be deliberated at the Gabungan Parti Sarawak (GPS) pre-council meeting tomorrow.

“I still do not know how many Bills all together, because we will only have our pre-council (meeting) tomorrow,” he told reporters when met at his Hari Raya Aidilfitri open house at a hotel here.

Julaihi said he had received the notice on the DUN sitting much earlier but he had been too occupied to go through the details.

“Saying the notice was not sent is not true lah (sic), we received it much earlier. According to the requirement, members (of the august House) must be given ample time,” he said.

He reiterated he had received his notice and he had no clue about the Opposition as he reasoned: “I don’t monitor the opposition”.

“I do not know (about) the Opposition but we have received the notice earlier on. Otherwise, how do they submit their questions? All members have submitted their questions — meaning the notice has reached everybody,” he stressed.

On the Bills to be tabled next week, he said people should wait for the sitting which should commence with the opening ceremony on May 17.

“I know there are Bills around but you wait for the 17th lah (sic),” he said.

Previous ArticleMass rabies vaccination, licensing and microchipping for dogs in Padawan on May 21
Next Article Utility Minister: Ministry awaiting final report on merger of water resources management entities in S’wak