Saturday, May 28
You are at:Home»News»Crime»Marine police seize 2,700 litres of diesel in Miri, three men detained 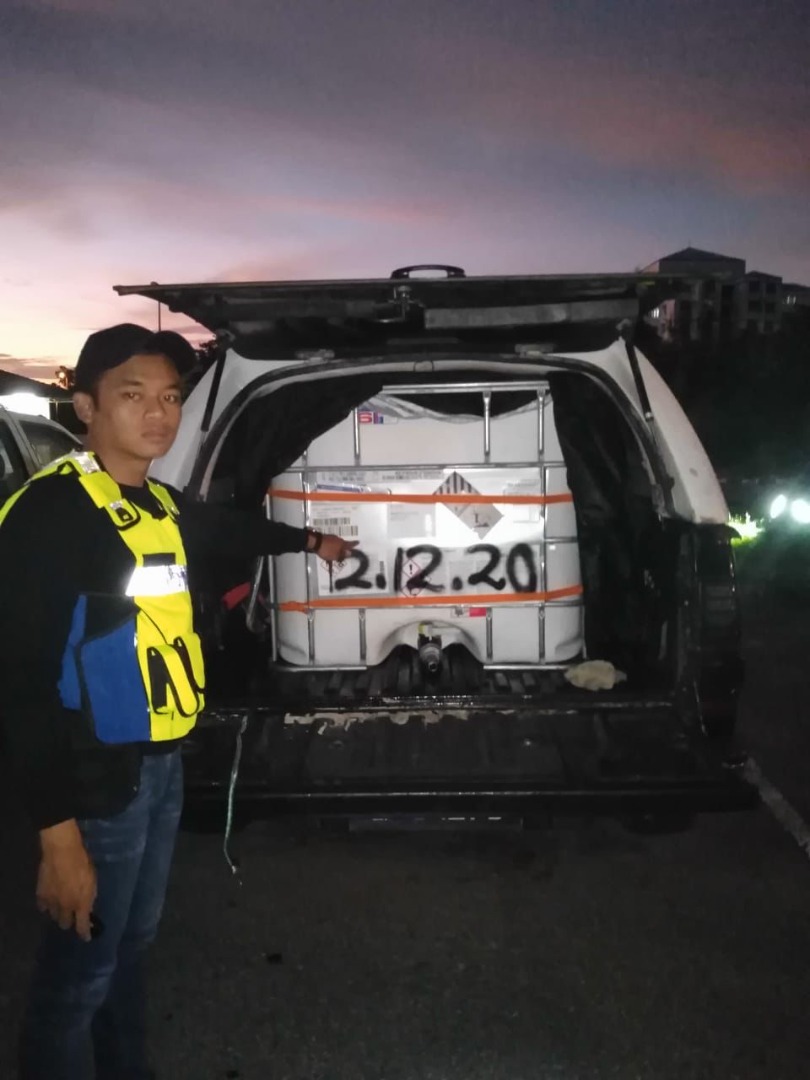 MIRI (May 14): The Region 5 Marine Police seized a total of 2,700 litres of unlicensed diesel during an ‘Ops Contraband’ operation which conducted checks on two vehicles at Pujut 3 on Friday evening.

According to Region 5 Marine Police Commander ACP Zulfikar Mohd Ghazali, a local man and two Indonesian men were also detained during the operation.

“From the operation which was conducted around 6.20pm involving five personnel, it was found a four-wheel-drive vehicle was ferrying 900 litres of diesel fuel in an additional oil tank placed at the back of the vehicle.

“Another vehicle, which was a van, was ferrying 1,800 litres of diesel fuel at the rear of the vehicle,” he said in a statement.

Zulfikar said the drivers of both vehicles failed to show valid documents from the Ministry of Domestic Trade and Consumer Affairs (KPDNHEP) which would have allowed them to possess, transport or carry controlled items without a permit.

“Among the seized items were the two vehicles, a total of 2,700 litres of unlicensed diesel, three modified plastic tanks and one unit of pump, all estimated to be worth RM106,085,” he said.

The case is being investigated under the Control of Supplies Act 1961.

All the seized items and the suspects were handed over to KPDNHEP investigation officers for further action.