Saturday, May 28
You are at:Home»News»Crime»Police arrest man in Mukah for suspected drug activity 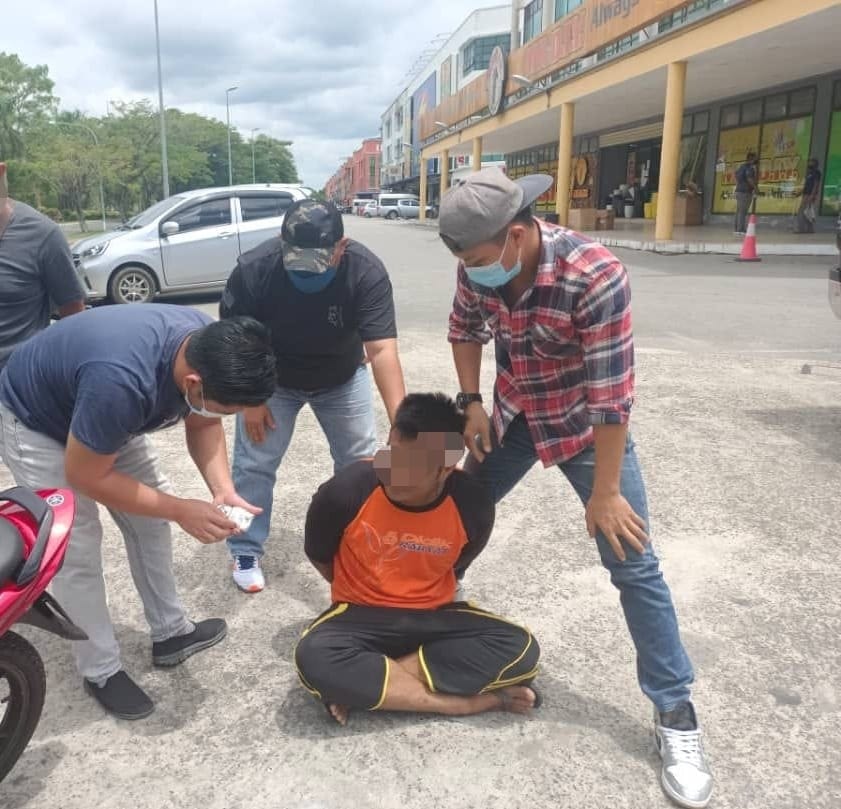 The suspect nabbed by police team near a shop in Mukah Town.

MUKAH (May 14): The police on Friday arrested a 28-year-old man here suspected to be involved in illegal drug activity.

According to Mukah district police chief DSP Muhamad RIzal Alias, the suspect was nabbed near a shop in Mukah town around 12.50pm after a team of police searched his body and found substances believed to be drugs.

The suspicious substance was found in a cigarette packet, which the police team seized from the suspect, said Rizal.

“The police believed the suspicious substance, packed in a small plastic packet weighing about 0.30 grammes worth about RM50, which they found in the cigarette packet was methamphetamine,” he added.

Initial investigations revealed the suspect admitted to have been involved in illegal drug activity since September last year.

Rizal said the suspect was detained to facilitate further investigation and they were in the process of applying for a remand order from the Magistrate’s Court.

The case will be investigated under Section 12(2) of the Dangerous Drugs Act 1952, he added.

Previous ArticleRegistration for Sigat 22 Golf Tournament to close Sunday
Next Article Mass rabies vaccination, licensing and microchipping for dogs in Padawan on May 21