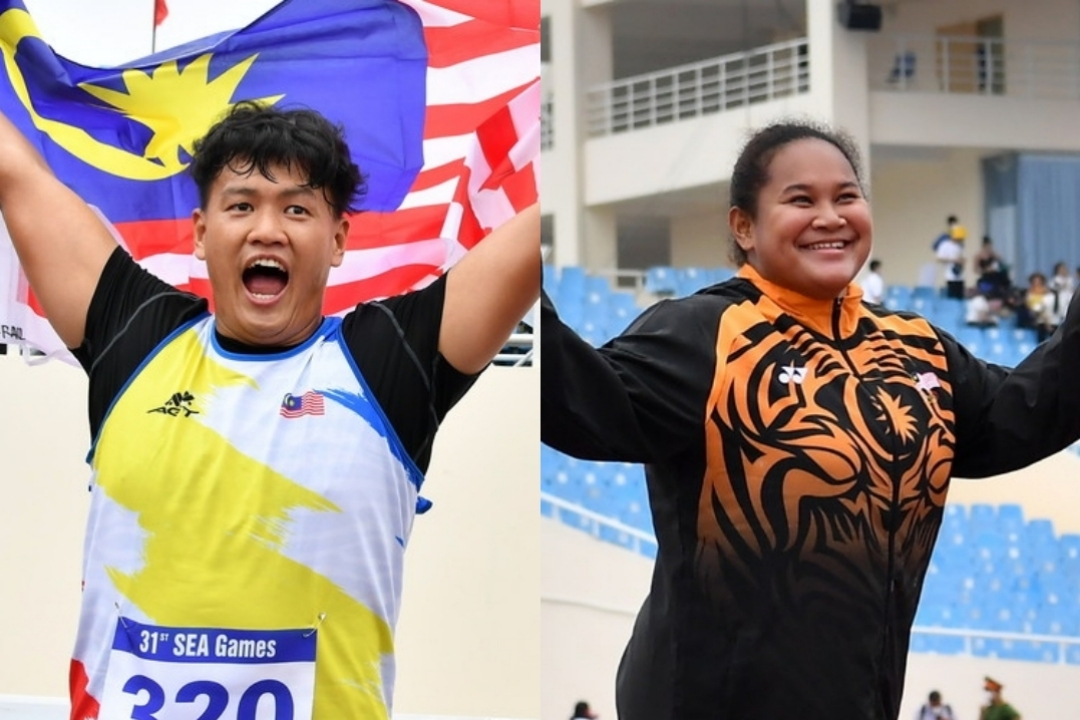 Jackie Wong Siew Cheer and Grace Wong Xiu Mei, both from Sarawak, dethroned their Thailand nemesis to wrest back their respective titles at the My Dinh National Stadium.

Grace Wong got the hammer flying for Malaysia by winning the women’s title with a hurl of 57.13m in the fourth attempt.

Though it way off her national record of 62.48m set at the Malaysian Grand Prix, April last year, she still managed to dethrone Mingkamon Koomphon (50.28m) for silver, while another Thailand representative Panwat Gimsrang (49.64) took home the bronze.

“I was not satisfied with the distance as I was targeting the 60-61 metre range. Some technical problem, the hammer wire is too short, but I tried my best.

“After losing the gold in the Philippines, I was very sad, but now after recovering the gold I feel like everything is ok. I would also like to thank everyone for sending us to train in South Korea for 42 days, it was very helpful,” she told reporters.

Grace won the her maiden SEA Games gold with a Games record of 59.24 metre at the 2017 KL Games, dethroning Thailand’s Mingkamon Koomphon to silver.

However, in the last edition in Philippines in 2019, Mingkamon claimed back the title, leaving Grace with silver, but this time Grace ensured she would not return with disappointment again.

Meanwhile, Jackie also captured back his title by edging his arch-rival Kittipong Boonmawan for the second time in the men’s event, with a hurl of 66.49m in the last attempt.

Kittipong, the 2015 and 2019 champion, has his best throw of 64.54m, while another Malaysian Sadat Marzuki Ajisan secured the bronze with 58.86m hurl.