Saturday, May 28
You are at:Home»Columns»Just another point of view»Why we need to save more and keep active after retirement 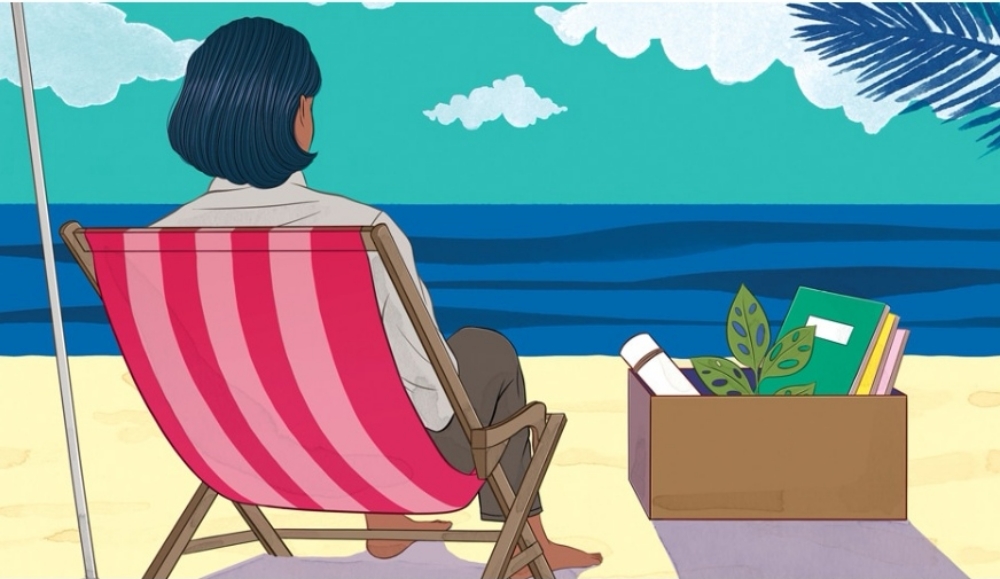 We will all have to retire one day.

WHILE scouring the Internet for some statistics for this week’s column, I came across a couple of alarming facts and figures that should concern us all, especially those who are approaching the retirement age.

Deputy Finance Minister 1 Mohd Shahar Abdullah had revealed to the Dewan Rakyat that there had been a nine per cent drop since the end of 2020 when the figure was higher, at 36 per cent, but was still well below expectations.

This, in effect, meant that the majority of EPF (Employees Provident Fund) members – namely the balance of 73 per cent – would not have sufficient funds to cover their expenses throughout retirement.

According to the EPF table of the basic savings quantum, it is recommended that all members who are aged 30 should have at least RM30,000 in savings, those aged 40 at least RM86,000, and by the age of 50, at least RM175,000, in their respective accounts. At the present time, Malaysian law specifies that the official age for retirement is set at 60.

Even more alarming, the statistics have also revealed that the EPF has 15.1 million members of whom 7.6 million are active – this translates to 45 per cent of Malaysia’s total population of 33.1 million, as at January 2022.

Therefore, the stark reality of our current overall situation is very grim in the foreseeable future for the majority of our present working population.

Basically we all need to save more, spend less and practice thriftiness and moderation in our daily needs and reduce all unnecessary purchases.

To be very frank, I cannot see this happening – if one is to judge by the sight of our daily traffic jams that one encounters on all the major roads and highways, as well as the huge crowds at all the food courts and the new shopping complexes everywhere.

Sales of motor vehicles, especially flashy, luxurious saloons and MPVs, are at an all-time high; newly-built commercial properties are being snapped up upon launching; and uptake of apartment blocks and residential home prices although trending up have never been better.

Can a recession and a downturn be just around the corner?

We should all be forewarned by the trend of rising prices of commodities, the scarcity of both mineral petroleum and edible cooking oils, the political turmoil and the beating of war-drums from places as far flung as Russia, the Ukraine and Sri Lanka. The continuing tension between the United States and China, too, is a great cause for concern.

At home, we must be extremely wary and cautious on the weakening ringgit, the high possibility of further political instability, the general loss of confidence in the financial markets and the uncertainty of the outcome of many court cases still pending.

I seldom comment on the political situation, but I am not alone when I say that I am extremely concerned with all the uncertainties and instability that surround the present government of the day – we can never tell when political loyalties will change again as we cannot depend on our politicians to stay true to their political parties or indeed even to themselves.

Never in the history of our nation have we been at the mercy of a handful of renegade, recalcitrant and unprincipled fellows as some of our MPs and the leaders of the main political parties both in government and in the opposition.

For the majority of us who have worked either in the civil service, the private sector or been in our own business, those who have reached the age of 60 or more – who have called it a day and retired to a more relaxing life; thus enjoying the fruits of our labour, now spending precious family bonding time with our partners, children and grandchildren the future is grim.

At this juncture in our lives, I shall not even call it the sunset years or that favourite moniker ‘the golden years’ as vastly improved health facilities, health care and treatment, availability of newly discovered medications and the cure of many previously dreaded and deadly diseases, have all helped improved our quality of life and have extended our average life expectancies.

In effect, this means that if one were to retire at age 60, one could expect to live another 16 years, which some genius philosopher had once quipped as ‘rather unfair’ – to have to work hard at your job or career for the prime years of your life (say you started work at 21, retired at 60) of 39 years to only now been able to really enjoy 16 of it when you’re too old, tired, infirm or unhealthy!

Shouldn’t life be lived the other way around?

Then again, you can also belong to another group of so-called ‘retirees’ who had stopped officially going to offices and workplaces at, say 55 or 60, and have continued to enjoy the rest of their lives doing exactly what they are interested in, passionate about, on whatever hobbies and pursuits they have always planned on taking up or carrying on full-time when they were unable to during their years working for someone else.

A very good friend had invested in a restaurant business when he was working (they was no conflict then with his daytime job) and had simply leapt on to now fully manage the thriving business upon his retirement!

Another had decided to follow his passion to write and publish a book about the place where he had grown up and spent his childhood, and to which he had returned to after having retired from his job overseas.

Yet another had chosen to pursue her interest to paint in oil – her subjects being still-life, nature and wildlife.

Another collects books and read!

Many more friends and relatives have pursued their personal interests in so many varied and diverse ways – quite a few have devoted themselves to church or charity work; many more go on daily or regular exercises in the form of walking in parks, line-dancing or going to the gym.

Yet others either take up new hobbies and interests like photography and hiking.

Those who can afford it plan their travels to either visit their children/relatives overseas or go on package all-inclusive tours.

It is also rather exciting that most of us spend a lot more time on the pursuit of culinary pleasures – those who are already interested in cooking (which includes baking and planting or cultivating herbs and edible plants and vegetables) become more passionate about it; others previously uninterested in it, have begun their journey anew!

The list and the possibilities are endless – it’s always good that if you do travel, go in a small group of like-minded friends; if you enjoy social gatherings like going for meals together, or to go on hikes or play card or board-games or even the occasional ‘Happy Hours’, do that with people whose company you enjoy being in – it’s not easy to find like-minded folks or personalities with similar temperaments.

And there’s nothing to stop you from looking up an old long-lost-touch-of friend or relative whom you have always wanted to reconnect. Life’s too precious to miss out on reacquainting an old classmate or a former work colleague and after retirement, the time left also becomes a lot shorter – so try and spend it with people that you like, or at least can tolerate!

God-willing, we should not fear retirement at any age, but look forward to the days, weeks, months and many more years of living a life that you truly love and enjoy.

Be physically fit and keep in good health; do realise that most important of all, your spiritual life is as important and always believe that with God at your side, there’s hope, faith and love in this world.

May the Good Lord be with you — always. Amen.