Monday, November 28
You are at:Home»News»Sabah»CM: GRS-BN govt will continue to develop Sabah 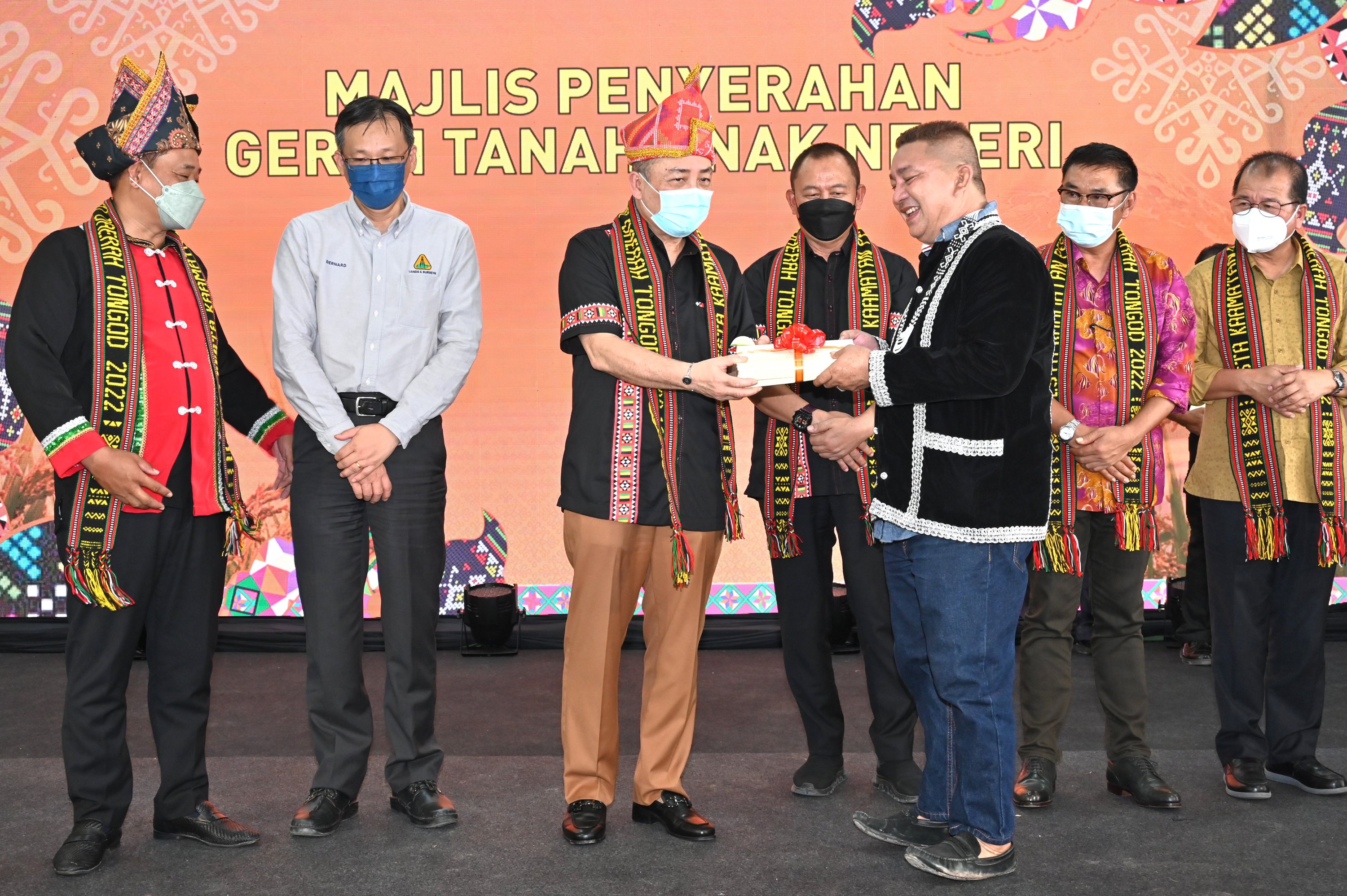 Hajiji (third left) handing over the land titles to a representative of the villagers in Tongod.

He said the State Government is concerned and does not want far-flung districts to be left behind in development because the rural folks have the right to enjoy development and benefits as a result of the country’s independence.

He said it is important to the GRS-BN government that the people enjoy the developments and basic infrastructure that they deserve.

He said the GRS-BN government is committed to bring developments to Tongod and other districts that lag behind in progress.

“This has been our intention since taking over the governance of the state in September 2020.

“The State Government will bring developments, especially to rural districts and its people, who have long hoped for something good or benefit them.”

Hajiji said the GRS-BN government is committed to resolving land ownership issues in the state, through the handing over of 611 land titles involving 3,893 acres to applicants from Tongod.

Of the amount, he said 238 are native titles (NT) from normal land applications, and 373 NT from the Sabah Customary Land Services Programme (PANTAS).

He said the State Government through the Lands and Surveys Department will continue to work hard to thoroughly assess all land applications submitted by the people.

He said there is no reason not to issue land title if the application has no obstruction.

“I urge all land title recipients to cultivate their land for farming because this can increase their income.

“If possible, they can cooperate with the relevant government agencies to plant various types of crops, including oil palm.”

In a March 2022 statistics on exports-imports, Hajiji said Malaysia recorded RM7.5 billion in palm oil exports, with Sabah registering the highest at RM1.8 billion, or 23.5 per cent of total.

He said the issuance of land grants are not only to ensure the residents have lands, but also to help them in improving their economy through agriculture such as planting oil palm or other crops.

“Hence, I advise NT grant recipients to work on their land and not to take shortcuts to earn a profit by selling their land,” he said while handing over a native village gazette, namely Kampung Sanan covering an area of 49.3 acres that was gazetted on October 21, 2021, in Tongod.

On another note, Hajiji said the Harvest Festival should be preserved and strengthened to enhance unity and harmony among the racially diverse communities in Sabah.