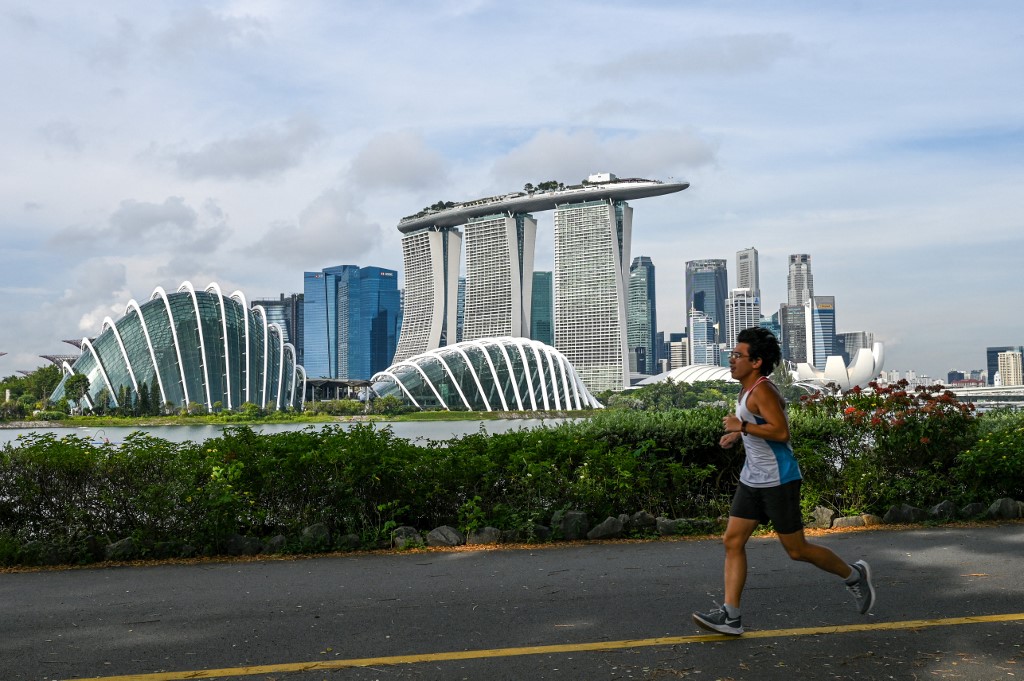 A man jogs along Marina Bay East Park near the financial business district in Singapore on October 20, 2021. – AFP photo

“These are the first community cases confirmed to be infected with the BA.4 and BA.5 variants,” the ministry said on its website.

It noted that the European Centre for Disease Prevention and Control has recently classified them as Variants of Concern.

MOH said the presence of BA.4 and BA.5 variants in these three cases was detected via further testing of polymerase chain reaction (PCR) positive samples and confirmed through whole genome sequencing (WGS).

“All cases were either asymptomatic or had mild symptoms such as fever, cough, runny nose and sore throat; and did not require hospitalisation. They are fully vaccinated, and had earlier received their booster dose,” it said.

MOH said all three cases had self-isolated upon testing positive for Covid-19 and did not have any reported exposure to vulnerable settings.

According to the ministry, BA.4 and BA.5 were first reported by South Africa in early 2022 and have since become the dominant variants there.

Both lineages contain mutations in the spike protein which appear to confer greater immune escape properties and higher transmissibility compared to the BA.1 and BA.2 causing the Omicron wave earlier this year, it said.

However, emerging real-world evidence from other countries supports that BA.4 and BA.5 infections will likely give rise to similar clinical outcomes, compared to previous Omicron lineages, it said.

“We will step up local surveillance efforts and continue monitoring the spread of BA.4 and BA.5 in Singapore,” said the ministry. – Bernama