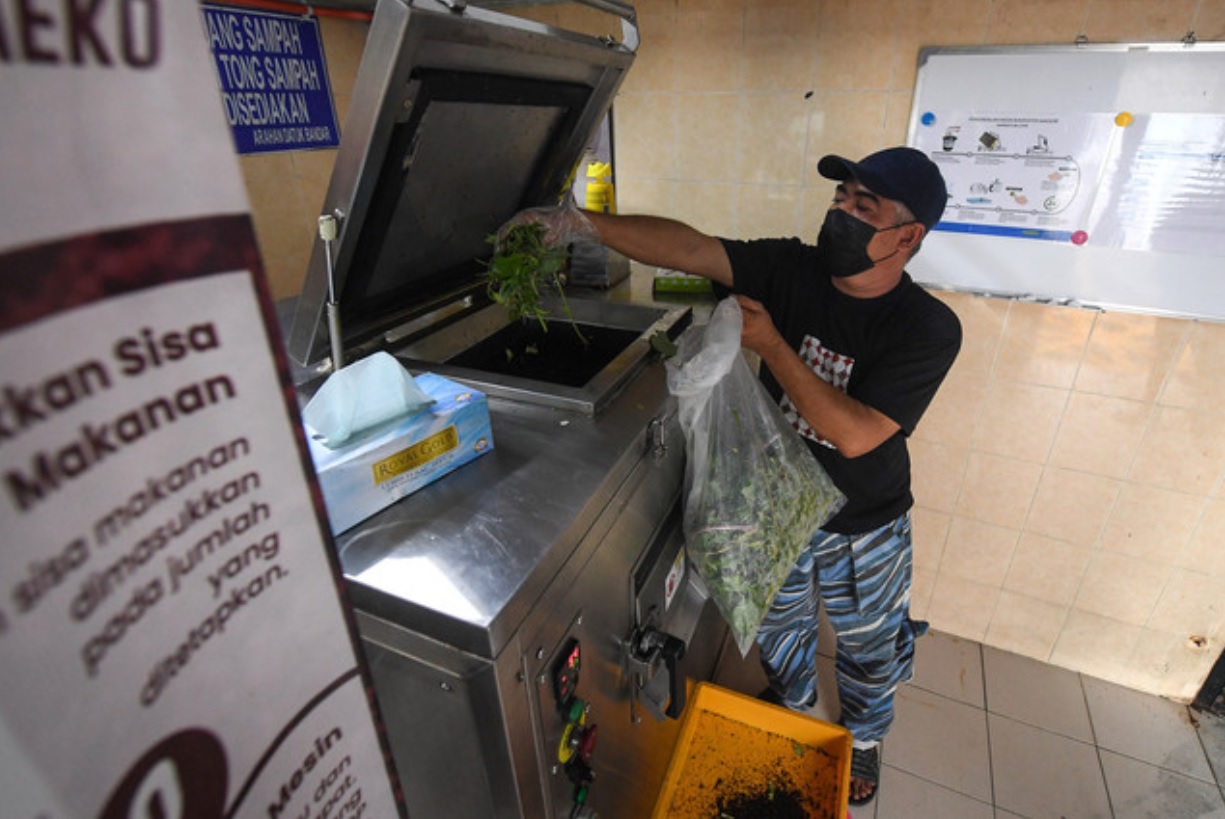 A Beringin resident places food waste into a machine for composting on Nov 17, 2021. — Bernama photo

KUALA LUMPUR (May 17): Who would have thought that food waste that we consider to be worthless can actually help generate a source of side income, especially in the face of today’s uncertain economic situation.

Armed with the idea, a group of residents at the Beringin People’s Housing Project (PPR) here took the initiative to process food waste themselves, to be used as compost to fertilise crops, especially Brazilian spinach.

Beds of Brazilian spinach grown in community gardens set up in the PPR area are fertilised with compost before the leaves are processed into crispy and delicious chips to be sold in the market, thus generating income for the local community.

Beringin PPR Rukun Tetangga (RT) chairperson, Che Roziani Mohd Shariff, said that by using the compost fertiliser from food waste produced by the group, using compost machines supplied by the local authority (PBT), the yield and the quality of the Brazilian spinach have increased by about three times.

“We have been trying to produce crispy Brazilian spinach chips for a long time, in efforts to obtain funds for community projects and activities at the PPR, but the production has not been encouraging.

“To produce quality chips, of course, the main ingredient, Brazilian spinach itself, must be of high quality,” she told Bernama. 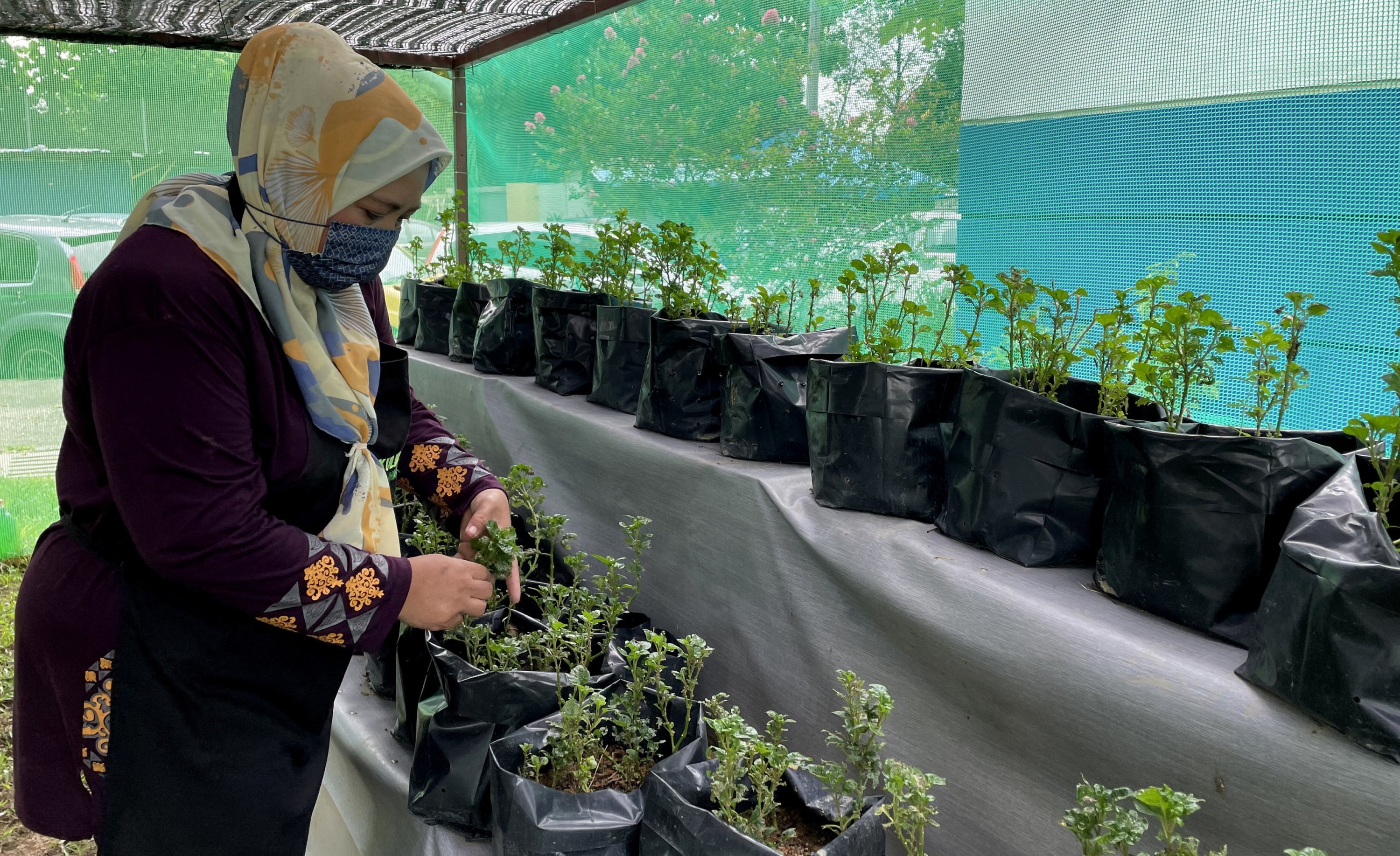 Elaborating further, Che Roziani said that food waste was collected at a location provided with the cooperation of PPR residents, and it would be processed daily using a 60-litre capacity machine that took about 24 hours to generate compost.

She added that the production of the Brazilian spinach chips also provided an opportunity for single mothers in the housing area to earn extra income, around RM60 a day.

The fertiliser is also used for propagation of other ornamental plants, including different varieties of caladium and coleus plants as well as spider plants, which are sold at below market price.

She added that the Beringin PPR RT also intends, and is ready to work with any party, to commercialise the production of the fertiliser.

“We have applied to the Department of Agriculture to send in this fertiliser for laboratory testing to analyse its content and quality, to be displayed on the package label,” she said. — Bernama