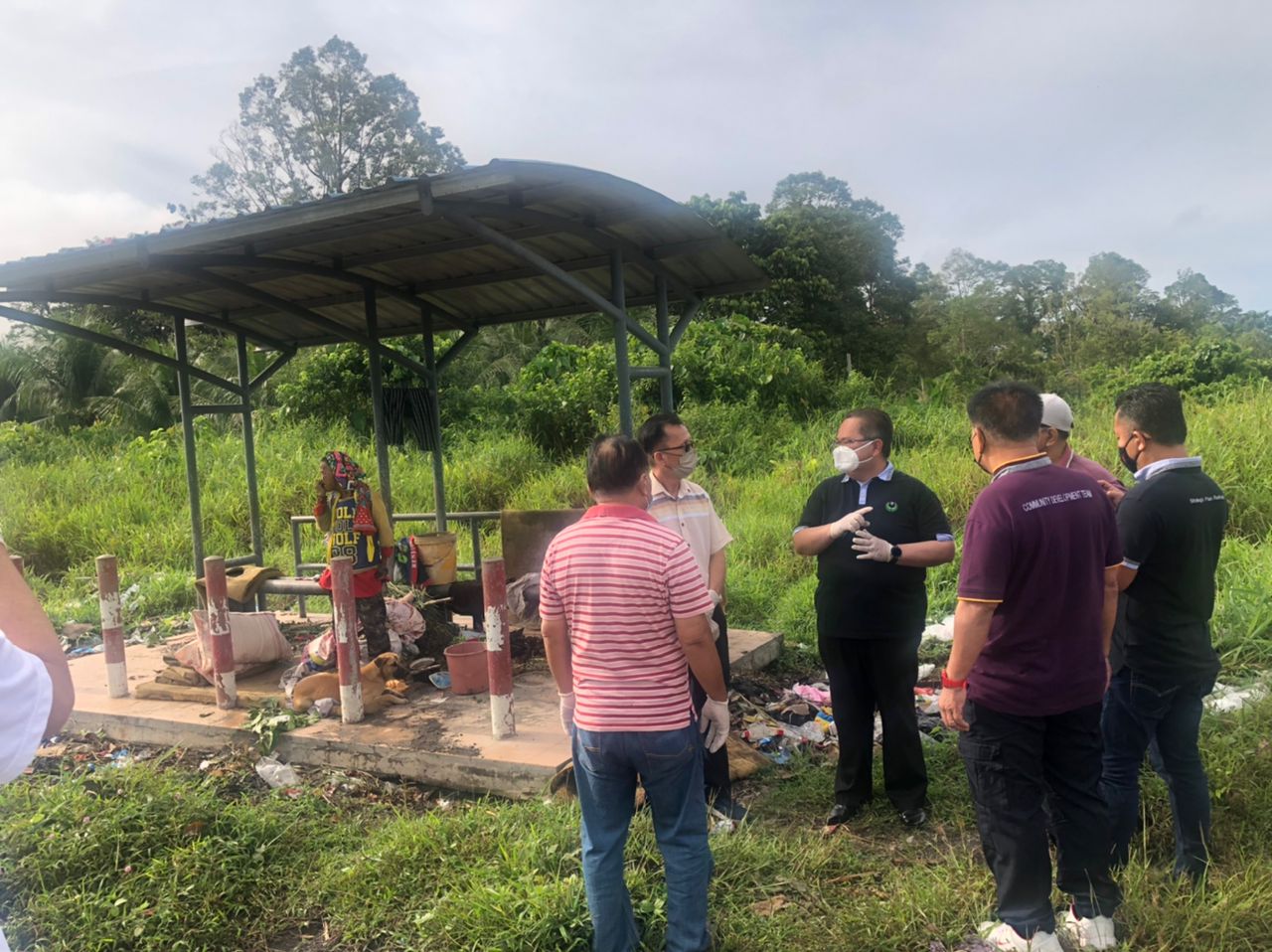 Sempurai (third left) checks out the bus shed following complaints from members of the public that it has become an eyesore. – Photo via WhatsApp/ Sempurai Petrus Ngelai

SIBU (May 17): Relevant authorities are urged to assist a woman who has turned the public bus shed along Jalan Durin near here into her temporary ‘shelter’.

In calling for assistance for the woman, Sibu Rural District Council (SRDC) chairman Sempurai Petrus Ngelai said she had placed rubbish there, making the place an eyesore and unhygienic.

“We have received numerous complaints from members of the public wanting to use the facility.

“She collected rubbish and wastes from the nearby council bin centre and placed them there.

“This has somehow created an unpleasant scene at the said bus shed.

“SRDC calls on the Welfare Department to look into this matter and assist the woman,” he said in a statement yesterday.

Earlier on Sunday, Sempurai officiated at the ‘Gotong Royong’ programme to collect the rubbish along Jalan Durin junction at the Durin Bridge.

It was organised by SRDC Standing Committee for Public Health together with Citizen Middle School.

The programme was part of the SRDC Standing Committee for Health programme for Environment Cleanliness 2022.