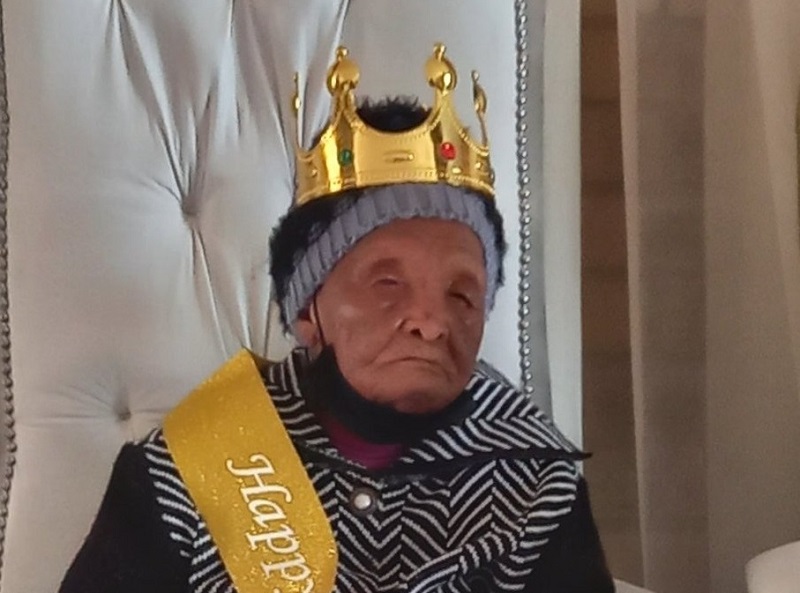 South African Johanna Mazibuko, who just turned 128 is believed to be the world’s oldest woman. – Photo via Twitter/DSDNW3

KUALA LUMPUR (May 17): A South African woman turned 128 recently and is believed that she could be the world’s oldest living person.

According to Metro, Johanna Mazibuko holds identity papers which show the woman was born in 1894.

In the years since, Johanna has lived through British colonialism, racial segregation policies known as apartheid and two world wars.

The over-a-century-year-old woman told News24 that she was born on a maize farm and was the eldest of 12 siblings, three of whom are still alive today.

Speaking about her longevity secrets, Johanna said a combination of fresh milk and wild spinach has helped her live this long.

“We lived so well on the farms. There were no problems.”

She said her diet when she was growing up was mostly fresh milk and wild spinach.

Johanna married an older widower at an age she cannot recall.

She said her late husband treated her very well and made her forget about the life before him.

Johanna had seven kids from her marriage, two of whom are still alive today.

She also has 50 grandchildren and grandkids.

Johanna’s community in South Africa have tried to find a way to have her formally recognised by the Guinness Book of Records.

The village’s prophet, OJ Madikong, is among those who have tried to share her story.

Although she often struggles with hearing, Johanna is still independent enough to move around her house and people watch out the window.

She said she was unsure how she had reached such an advanced age.

“When I die, they must slaughter a cow for me.

“They must bury me well so that I never bother them.” – Malay Mail