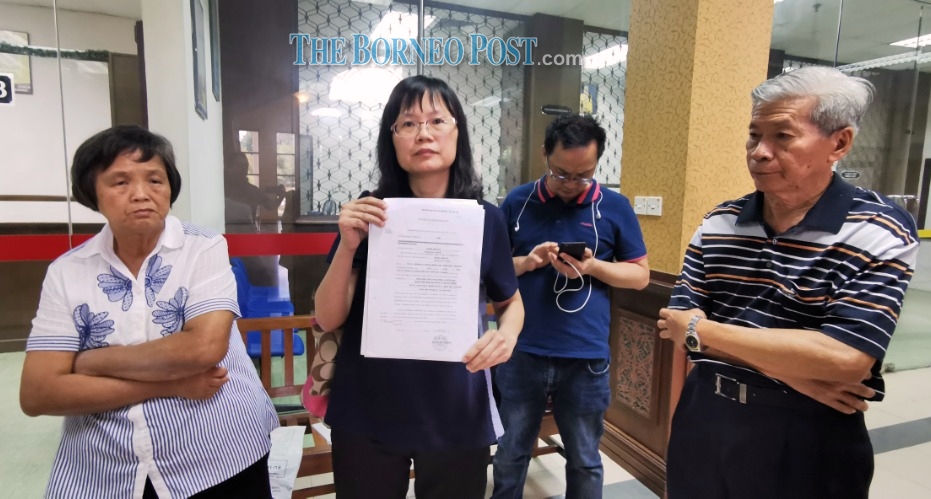 SIBU (May 19): The parents of murdered former bank manager Wong Jing Kui are appealing to the attorney-general to apply for a deferment at the Federal Court to provide time for fresh evidence to be adduced.

Free Malaysia Today (FMT) said in a report yesterday that the hearing to challenge the acquittal of Jing Kui’s wife, Ling Hang Tsyr, for abetment, has been set for May 19.

The report said they want to carry out “thorough work” as Ling was the beneficiary and administrator of her husband’s estate.

In the letter, Wong and Law said the admission of new evidence must be allowed if it was caused by “shortfalls of certain police, prosecutors and judges”.

“It will cause a great injustice to all parties, especially innocent victims, if relevant evidence to correct misconstrued judicial opinion or judgment that helped in her acquittal are not admitted,” FMT quoted the letter as saying.

Ling and her boyfriend Tiong King Guang were initially charged with abetting.

She was initially sentenced to death by the Sibu High Court in 2017 but was acquitted two years later.

Previous ArticleHand, foot and mouth disease on the rise in Sabah
Next Article Fire breaks out at SK Orang Kaya Muda Pakeri