Thursday, August 18
You are at:Home»News»Sabah»Teachers are Sabah Quran recital champions 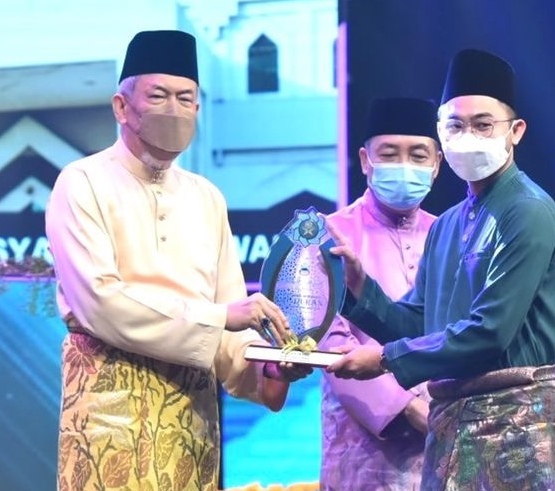 Tun Juhar (second left) presenting the prize to Hamdi. Looking on is Hajiji.

Hamdi, who represented Papar district and Nur Faten Izzati, who represented Kota Kinabalu district, each received a cash prize of RM10,000 along with a trophy and certificate of participation as well as accompanying prizes including a hajj pilgrimage package.

Hamdi was also announced as the overall champion taking home an RM1,000 cash prize and an accompanying trophy.

Hamdi and Nur Faten Izzati will represent Sabah at this year’s National Quran Recital which is scheduled to be held in Johor in June.

Meanwhile, in his speech, Juhar said the country needed a society that was passionate about progress, not only technically but also one that combined religious and entrepreneurial values.

“Within this framework, I very much welcome the government’s efforts to create integrated schools that integrate religious and academic education in a balanced way.

“Similarly, the emphasis is given to science and technology, engineering and mathematics subjects as well as technical and vocational education and training,” he said.