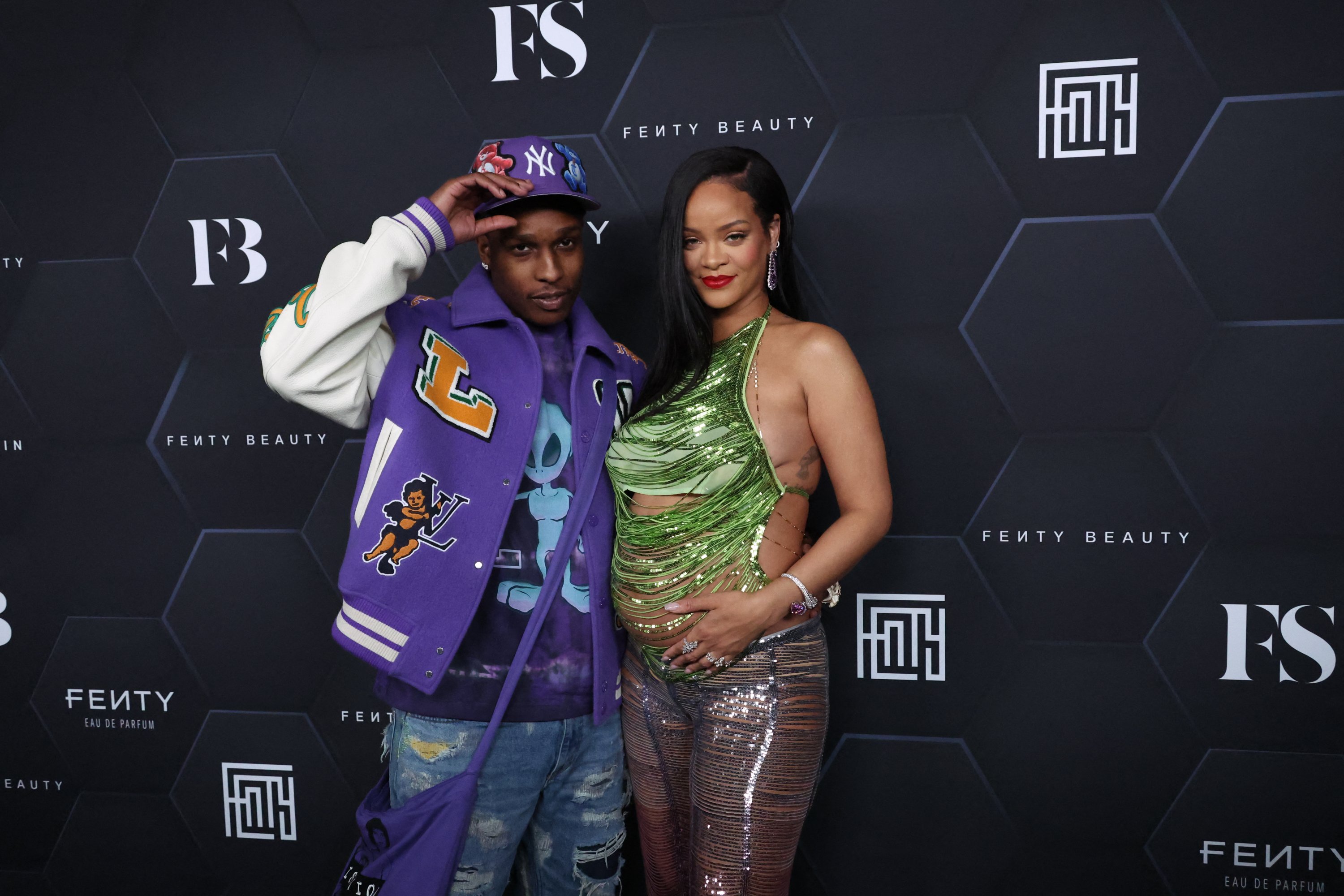 In this file photo taken on Feb 11, 2022 A$AP Rocky and Rihanna pose for a picture as they celebrate her beauty brands Fenty Beauty and Fenty Skinat Goya Studios in Los Angeles, California. — AFP photo

NEW YORK (May 20): Superstar Rihanna and rapper A$AP Rocky have reportedly welcomed their first child, after a pregnancy the singer flaunted in a radical revamp of normally covered-up maternity style.

The entertainment and fashion mogul behind the hits “Diamonds” and “Umbrella” gave birth to a boy on May 13 in Los Angeles, according to TMZ, which first reported the news.

People Magazine confirmed the celebrity birth, citing a source close to the couple who said they are at home with the baby and that “Rihanna is doing well. They are very excited to be parents.”

Representatives for the couple did not immediately respond to an AFP request for confirmation.

No other details, including the child’s name, have been made public.

The Barbadian-born Robyn Rihanna Fenty, 34, in recent years has become a billionaire, parlaying her music achievements into successful makeup, lingerie and high-fashion brands.

Rumors that she and A$AP Rocky, 33, were dating swirled for years before the pair confirmed last year that their romance was official.

The pair announced they were expecting in January with a set of glamorous snow-dusted images taken in Harlem, the mother-to-be sporting a long pink jacket buttoned only at the top, paired with a long bejeweled necklace over her bare belly.

Since then, Rihanna has triggered a paparazzi frenzy and left the fashion industry in awe, appearing in barely-there maternity looks that showcased her growing baby bump, no holds barred.

Weeks after announcing her pregnancy, the pop icon dazzled the fashion week circuit in look after look, notably arriving in Paris in a completely see-through Dior lace cocktail dress, under which she donned lingerie from her own Savage X Fenty line.

Paired with spiky heeled knee-high boots, a leather trench coat, and silver necklaces, the star walked with such grace and confidence she appeared to float.

It’s a quip that’s come to encapsulate the artist’s embrace of her changing body — Rihanna didn’t just bare her belly, she boasted of it, adorning herself in jewels, sequined bras, and low-slung miniskirts.

“She’s changed something profound in fashion — single-handedly rewriting the rules of pregnancy dressing with one jaw-dropping style maneuver after another,” wrote Vogue, which featured Rihanna on its May cover.

“I’m hoping that we were able to redefine what’s considered ‘decent’ for pregnant women,” the performer told the magazine.

“My body is doing incredible things right now, and I’m not going to be ashamed of that. This time should feel celebratory.”

She’s far from the first celebrity to show off her pregnant belly: Demi Moore posed nude while expecting on Vanity Fair’s cover in 1991, a stunning move for the time.

But Rihanna’s scantily clad looks have been far less calculated and far more frequent, a statement on maternity that goes beyond the magazine cover to be an everyday celebration of self.

“Right now I’m really into pushing the idea of sexy,” she told the lifestyle website Refinery29 in February. “When women get pregnant, society tends to make it feel like you hide, hide your sexy.”

She continued, “So I’m trying stuff that I might not have even had the confidence to try before I was pregnant.”

“The strapiest, the thinnest, and the more cut-outs — the better for me.” — AFP