Tuesday, November 29
You are at:Home»Columns»Just another point of view»Who are the 675,077, and how will they vote? 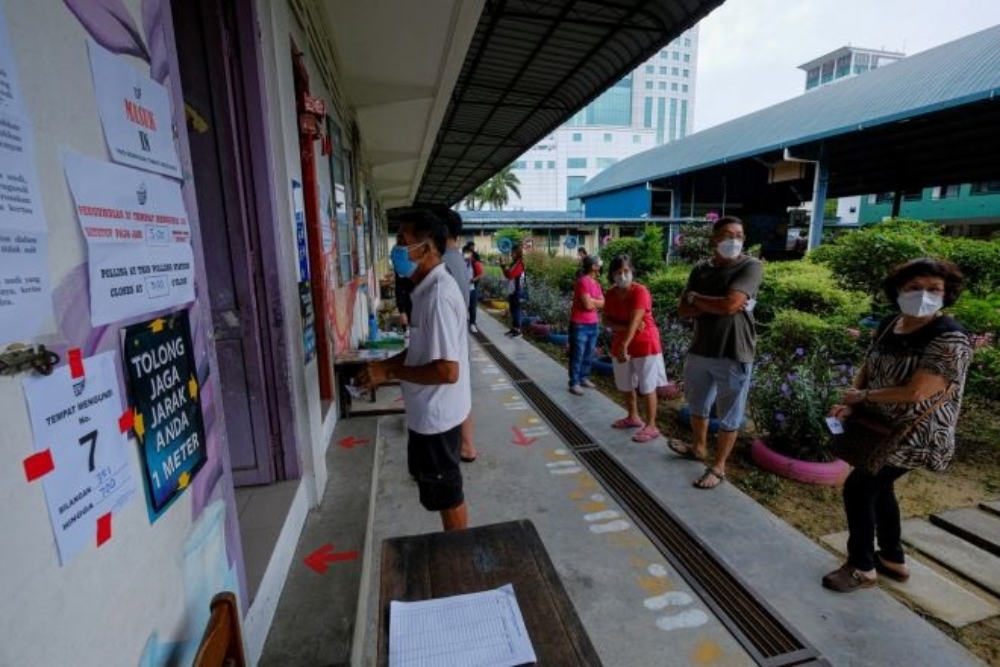 File photo shows voters queue up at the polling station in SJKC Chung Hwa in Sibu, during the state election in December 2021. — Bernama photo

LAST Tuesday (May 17), Deputy Premier Dato Sri Dr Sim Kui Hian had announced that the Election Commission (EC), during a briefing with state elected representatives, had advised that a total of 675,077 new voters had been added onto the electoral roll of Sarawak state, following the implementation of Undi18 and the automatic voter registration.

Sarawak now has 82 State Legislative Assembly (DUN) seats and 31 parliamentary seats. The boundaries of the 82 state constituencies have been enforced since 2015 and can be reviewed from 2023 onwards. Our state has 12 divisions and under each division, there are two or three districts, and under these are various sub-districts.

It is a widely held misconception that our youths of today have very little or no interest in the politics of the day. This may be somewhat true for a majority of them, but there has been a marked increase in recent years, the awareness of our young leaders among all the major races towards a more active interest and participation in taking part in politics as well as being more active in the socio-economic affairs of the country. I believe the rapid growth of social media has helped tremendously, as well as the recent prolific prevalence of many independent online news portals.

There has been a more openly liberal and defiant media – both in print and online, and coupled with the easy access to online channels like YouTube, TikTok and WhatsApp, there has been a more efficient dispersion of news, views and even video-clips; that even the industry guard-dog Snopes has been kept very busy with daily (indeed hourly) updates discerning between real and fake news.

Our youths today have been exposed to all the various aspects, angles and differences of opinions on world and domestic affairs and events far and near. They can decide for themselves which side of the debate or what cause to champion and whom to challenge. At the click of a link on their smartphones, tablets or i-Pads, they can search and Google and find out for themselves, first-hand, all the pros and cons of whatever ‘hot’ issues there are anywhere in the world – from the most remote Indian village to the latest news from the Ukraine war front.

For the first time in the history of the world, we can have the world at our fingertips.

What about our youths here, back home in Sarawak? All the political leaders and the public relations machinery of the various political parties are currently all hyped up and spending their time, money and research skills into answering this hottest of questions – how do we attract the votes of these 675,077?

As of now, there’s no breakdown on the racial composition, but we have the racial composition of the seats at stake as well as that of the overall population with which we can deduce, guesstimate and put on our thinking caps, based on their historical voting habits, current voting sentiment, and any other pertinent issue prevailing or which may arise at the time when the next elections will be called.

Sarawak is a multi-racial state with no one race being dominant – in 2017, the Iban formed the largest community constituting 29 per cent of the population; followed by the Malays at 23 per cent, then closely by Chinese at 22 per cent; Bidayuh at eight per cent and Melanau at five per cent. Other indigenous groups account for six per cent; Indians and others one per cent; and non-citizens at six per cent.

A number of non-governmental organisations (NGOs) have, over the years, complained about the dubious and politically sinister leanings of the Election Commission with regards to the redelineation of the boundaries of many constituencies, accusing them of gerrymandering along political and racial lines.

Recent election results have shown that these accusations have not been totally unfounded.

To try and make a prediction or an educated guess as to how these new voters will vote come the next election is like gazing into a crystal ball and trying to ask for lucky numbers for a winning lottery ticket.

But we can make certain assumptions and we can do our homework and sort out what had come before – the figures and the trends of past voting habits and what issues had concerned the electorate most.

As of now, barring any new dramatic issues cropping up between now and the next polls, I cannot foresee any drastic change in our current composition of the present government of the day.

It will be an easy win for the Gabungan Parti Sarawak (GPS) grouping – I cannot foresee any change in their composition, and the parties will stay united and face the polls as one alliance.

Individually, PBB would once again emerge as ‘the big brother’ and probably will win all its seats – I cannot see the new Malay/Melanau voters willing to vote against it as they have got everything to lose and nothing to gain by doing so.

However, there could be some interesting shifts in the power balance among the young Iban, Bidayuh and Chinese, but probably not enough to unseat the current incumbents. The only way this could even have some incline of success would be if any one of these three events were to happen: firstly, that all the opposition parties unite and present a united front to fight GPS; secondly, in the dozen or so marginal seats where the incumbents had won by 300 votes or less; and finally, in the unlikely event that the present economy of the country tanks by then.

On the first, so long as DAP here in Sarawak is being led by its current leader, there’s no chance at all for any compromise among all the opposition parties. There is a better chance that the economy could take a sharp dive bringing along with it a recession, massive loss of employment and general discontent among the populace, but the effects of such events will not be immediately felt by the voters.

The marginal seats scenario, however, is very real and if enough efforts are made to woo and entice the new voters to turn up on the day of polling itself, upsets can be expected there!

It is being said that many of today’s youths have no qualms about taking your money and voting according to their heart – unlike most of the seniors!

So we can conclude that it is all well and good that the Undi18 and the automatic registration of voters have become law, been implemented and will, for the first time, be in full force come the next state and federal elections.

But from historical record and from my own experience having voted in general elections since I was 21, my personal prediction is that probably around 40 per cent of the new voters would eventually turn out to vote. Of this, there will always be a solid block of discontented youths as well as those supporting the opposition (any opposition), which I would put at around a third of that 40 per cent.

Just not enough to make a difference!

As far as my own crystal ball can foretell, the 675,077 would not make much of an impact, although how I wish they would and could.