Sunday, October 2
You are at:Home»News»Sabah»Finas urged to continue to help Sabah film industry 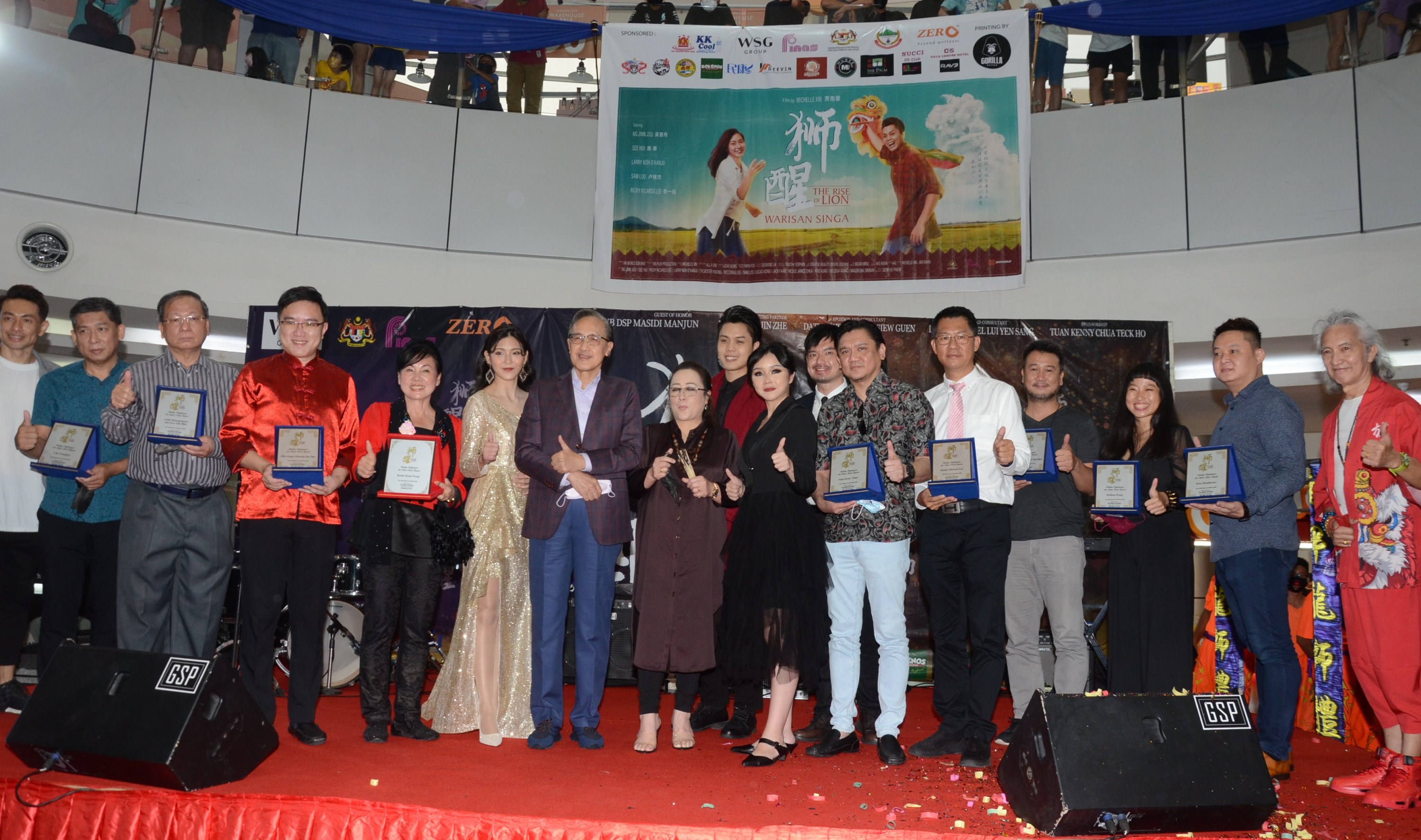 Masidi, Phoong, Chua, Susan, Lim, Xin, Melissa and other sponsors in a group photo with the cast members.

He said Sabah has many talented filmmakers but it is not easy produce a film in the state.

“We have many talented Sabahans who are interested in producing films, but it takes more than passion to do so because they need the facilities and equipment.”

Hence, Masidi hoped that Finas will continue to assist local filmmakers in Sabah.

“Given equal chance, we can do as good, if not better, than filmmakers in West Malaysia,” he said when officiating at the premiere of a local production, “The Rise of Lion”, at City Mall here on Saturday.

He said the State Government will continue to support the development of the local film industry.

Meanwhile, Xin said the film was inspired by the beautiful natural scenery, diverse cultures and the hospitality of the people in Sabah.

“I had wanted to produce a film that showcase the racial harmony among the ethnic groups in Sabah,” she said, adding that “The Rise of Lion” was her first film.

She admitted that producing a film was no easy feat, especially during the pandemic.

“The Rise of Lion” chronicles the inspirational journey of a young Sino Kadazan boy, JJ, chasing his lion dance dream in the big city of Kota Kinabalu. JJ’s passion and perseverance eventually enables a flailing lion dance troupe to regain its past glory and rise to the next level.

The film was shot in six districts, including Kota Kinabalu, Kota Belud, Papar, Putatan and Penampang, and showcases the unique characteristics, food, natural scenery, cultures and hospitality in Sabah.

The male and female protagonists, Ng Jinn Jou and See Hui, are both Sabahans, so do the cast members Ricky Ricardo Lee, Lucas Wong and Melissa Wong. The theme song of the movie was also composed by a Sabahan.