Thursday, August 18
You are at:Home»Features»Serving, yet relishing the good life 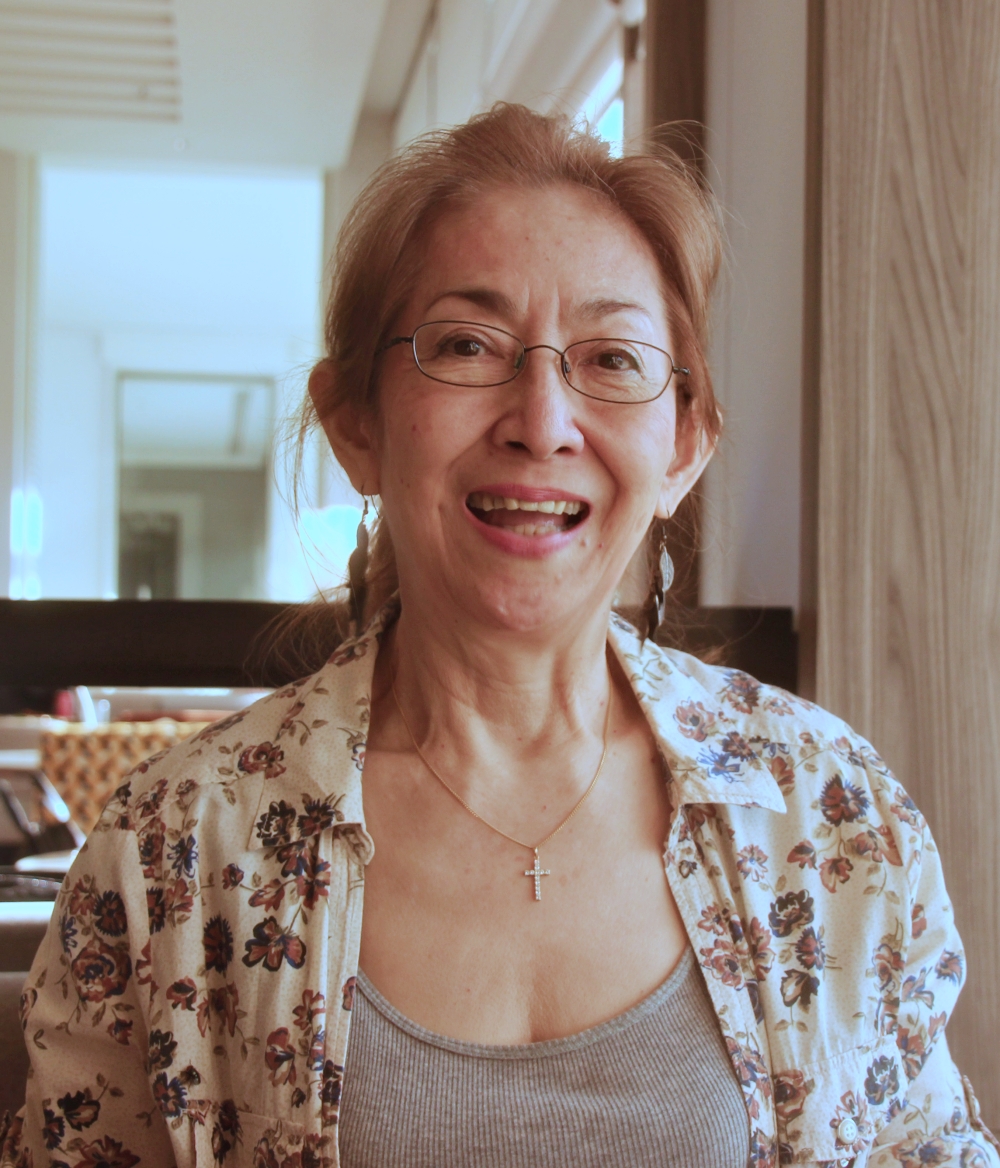 Yong still looks like the girl next door, displaying the ‘big sister’ persona, caring and heart-warming and looking good in her easy-going outfit.

A LIFE well lived, according to Datuk Lily Yong Lee Lee, is one filled with sincerity and honesty.

“We save ourselves from a lot of problems and troubles when we practise these two things.

“Of course, sometimes being honest can make us very unpopular.

“Still, I choose to be honest. My life is more relaxed that way because I don’t have to worry about what I have said or done as they’re based on honesty.

“Likewise, I don’t like to hold on to issues for long as there will be new issues coming in,” says the long-serving politician in her usual amiable disposition.

Recently, the former assemblywoman for Padungan state constituency was unanimously re-elected as Sarawak United People’s Party (SUPP) Kuching branch chairman – meaning, she has retained the position since 2001. Against the confronting issues facing her within the branch at the time, her victory only bore out her steadfastness in living out her principle, and how it pays to be honest in the long run.

SUPP Kuching, which is the oldest and the biggest in the party, is the only branch to have a woman at the helm. Yong was the first and so far the only woman to hold the post of a branch chairman in SUPP. Of course, her climb up the political ladder had been an uphill task as she was penetrating into the male-dominated territory.

She continued to prove her mettle by accepting the proposal to stand as a candidate for the Padungan constituency in the 2001 state election. For a woman to be endorsed to stand on the party’s ticket was a feat in itself, thanks to the persistent appeals by the women’s groups in the party to put her on the contest seat.

Doing the utmost to serve

Yong’s competence as a leader was the impulse that moved the women to fight for her candidacy. The party leaders also saw it timely to field a female candidate and in this respect, Yong did not disappoint – she won in the election.

Soon, she found that it was more challenging than she thought to be an assemblywoman.

There was so much she needed to do as a people’s representative. Nonetheless, she would press on and do her utmost to serve the people.

Her involvement in politics was not planned and so was her participation in the various women’s groups and non-governmental organisations (NGOs), some of which she had helped to set up. Her social engagement began when she was invited to give cooking demonstrations to members of a branch of the Sarawak Federation of Women’s Institutes (SFWI) in 1971.

The years that followed saw her being actively involved in women’s activities, including the setting up of Mandarin-speaking SFWI branches and other women NGOs. Her inclination towards helping others was unmistakeable, much more when she saw the silent grief of battered women, single mothers and children from broken homes in the course of her involvement in the various women organisations.

In the first place, it was her determination to help alleviate key issues affecting women that moved her to accept the invitation to join SUPP as an ordinary member in 1978. Soon, she was appointed as assistant secretary of the party’s women’s wing. It was in 1983 that she began to play an active role in the party and hold important positions respectively in the women’s wing and also at the branch and central level.

Yong is the only woman to have held the post of vice-president of SUPP central level apart from the late Barbara Bay. It can be said that her fighting spirit is akin to that of Barbara’s. Vocal and fearless, she is hailed as a women’s rights advocate.

She once said to the women in the party: “Never rely on your appearance, voice or, worse still, tears to do the talking. It is your abilities and reasons that speak the loudest. You also need to be financially independent and settle your own bills.” 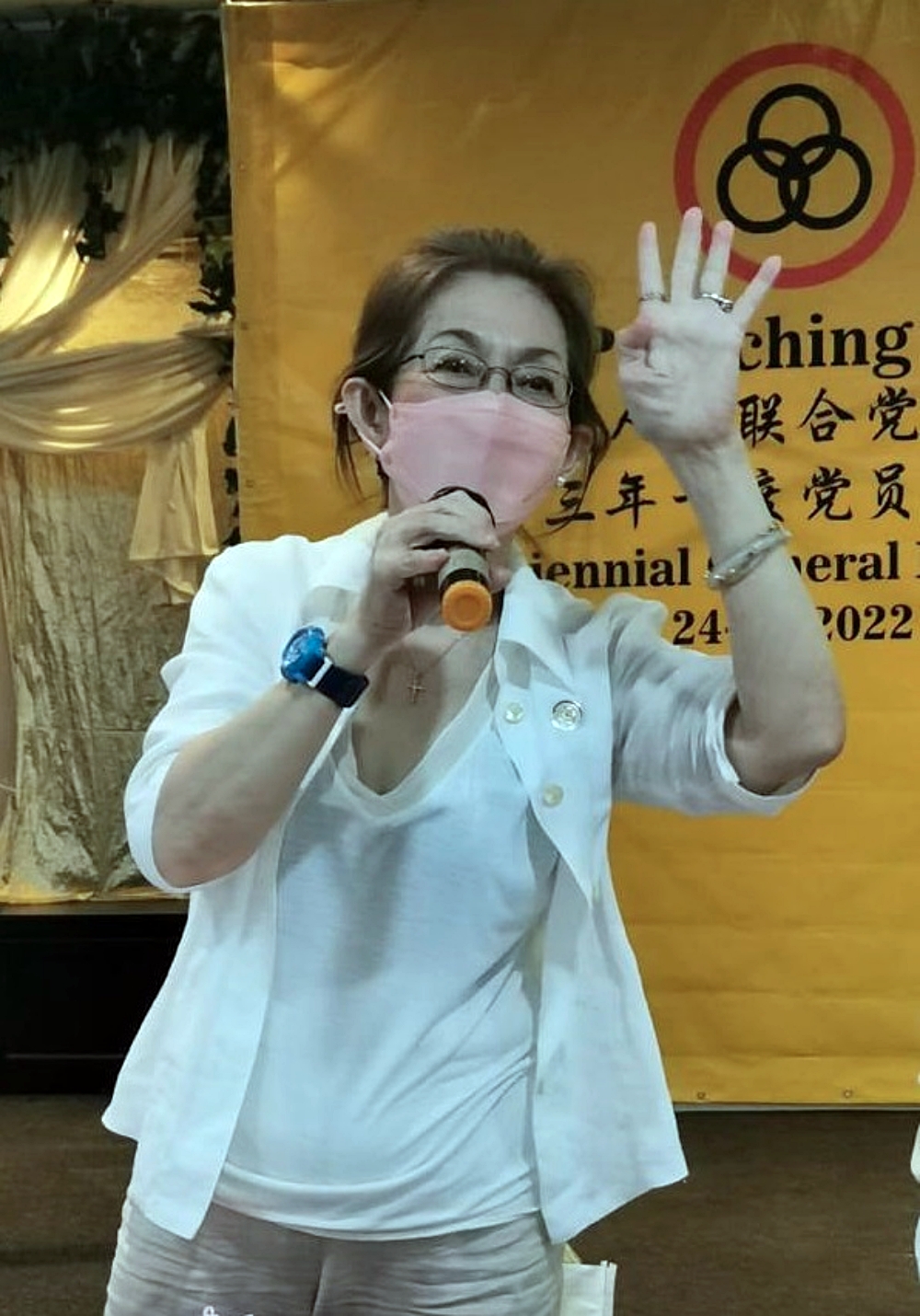 A recent photo of Yong, taken after being unanimously re-elected as SUPP Kuching branch chairman.

After 40 years in politics

Coming to her 44th year in politics, Yong finds that her life is more relaxed now.

“Relaxed means I already have good and capable people who can to do the job and take over.

“There are lots of people who are already groomed and able to act independently and so we must pass down a lot of things to them.”

In her autobiography, she wrote it succinctly: “After years of full-time devotion to women, youngsters, the old and the less-fortunate, I realise that, no matter how capable and how powerful one thinks he or she is, there must always be a time to call it a day. No one is indispensable, the sun rises, the sun sets and so it goes, day by day.

“Power is not necessarily the important position that you hold. It’s not just sitting up there. It is whether you’re still earning respect or being influential.

“Still, what is power when we keep fighting for it and can’t even enjoy a family or delicious food?”

Cutting a vibrant figure, Yong is still like the girl next door, displaying the ‘big sister’ persona, caring and heart-warming and looking good in her easy-going outfit. While she is blessed with a supportive husband and family, she is essentially self-reliant, practical and active. Every day is a busy day for her.

“My two legs won’t let me slow down and so is my brain,” she says metaphorically.

“There are always people, friends or associates calling me up either for discussions, advice or help or simply for a chat or drink.”

Seeing Yong, I am convinced yet again that age is nothing but a number and that much of it has to do with the beauty inside, the part of us that always wants to do good for others and to make the world a better place to live in.

“I deal with people all the time – we all do to a certain extent, and they come from different backgrounds with different characters. We listen to their problems with compassion and empathy.

“To do that, we must have a sincere and honest heart. When you have the heart, you can be happy, which is important,” she says in keeping up with her motto: ‘Do unto others what you want others to do unto you’.

She describes happiness as ‘living in the now with basic pleasures at little or no expense’.

“I live a basic existence. On a cool day, I can enjoy a cup of coffee at the five-footway, or simply a bicycle ride. Life is good when we know how to enjoy even the simplest of things and live in thankfulness,” she says, adding that ‘age does not stop me until I can no longer make it’.

Yong attributes her contented life to her simple upbringing in the heart of a Malay ‘kampong’ (village) on Lorong Datuk Ajibah Abol. Her father, an adventurous man, loved it there because their house was situated near the Bintangor River where he would pursue his passion for boats. A skilled boat-builder himself, he built all kinds of boats, particularly racing boats which he would sell every time he won a boat race.

Father – Her teacher of adventure 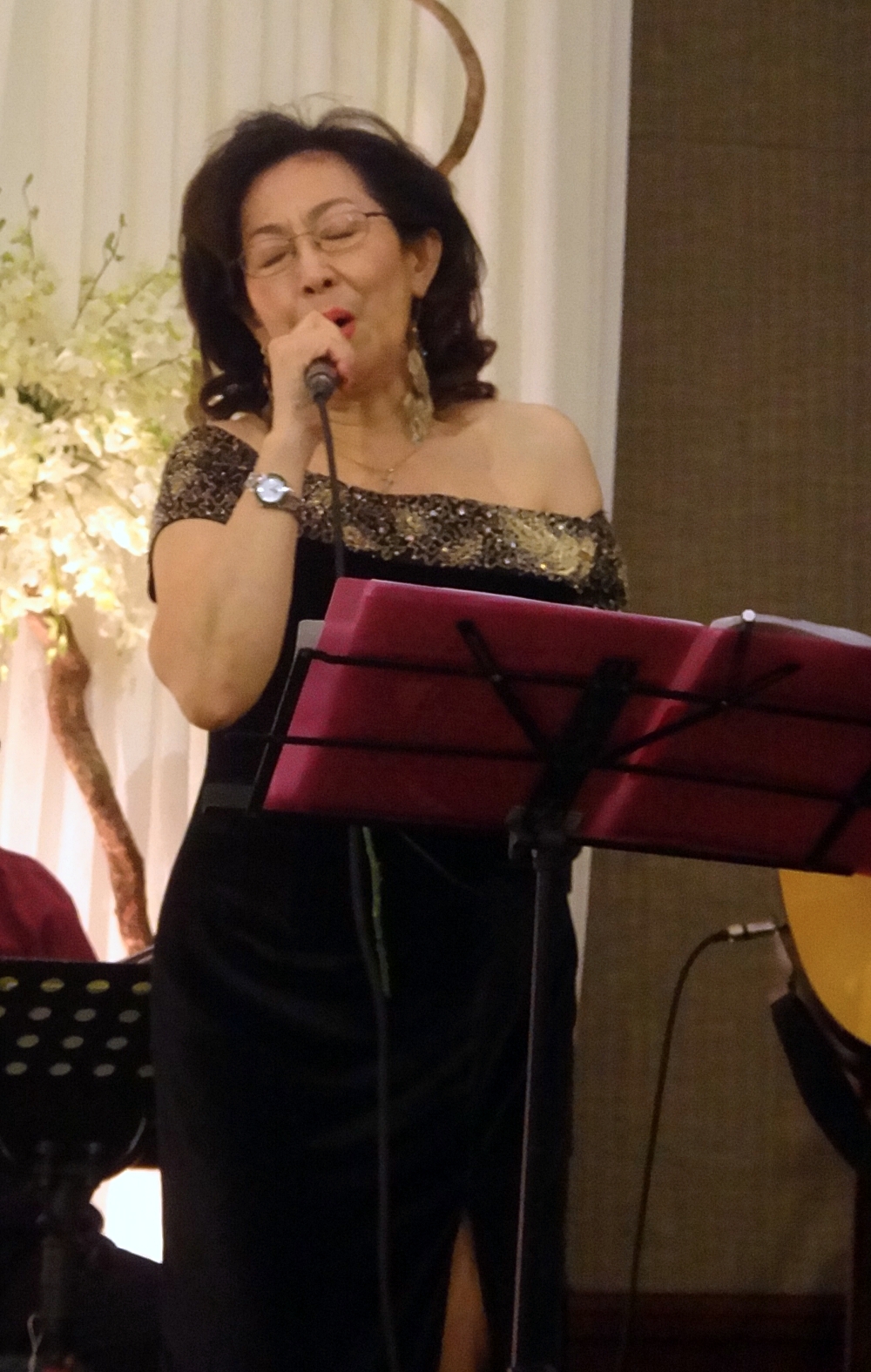 It was her father who taught her to brave the sun and the rain, to have a carefree, independent and adventurous life.

“I was very close to my father. I enjoyed following him on outdoor trips. I saw how he overcame tough situations in a calmly manner, whether we were at sea on in the jungle.

“People ask me how I can work 15 hours a day and yet, my eyes are still open. I must have learned it from my father!”

The state has its own say, according to Yong’s vision for a modern Sarawak within Malaysia.

“As a Sarawakian raised in a ‘kampong’, I want to see that the racial harmony that our forefathers instilled in us, would remain forever.

“Whoever our leader is, he or she must have a heart for all the races in this great land of ours.”

Some of the finest and irreplaceable mortal virtues that keep Yong youthful and going are enjoying the basic joys of life over coffee, ‘laksa’, and the occasional family dinners, as well as staying connected with long-time friends.

“Although they may look simple to some, they provide warmth and a human face to an otherwise structured and increasingly impersonal relationship in our society, and they make my life whole and fulfilling.”