Monday, February 6
You are at:Home»Columns»Nature Matters»The Great Green Walls of our world
For the freshest news, join The Borneo Post's Telegram Channel and The Borneo Post on Newswav. 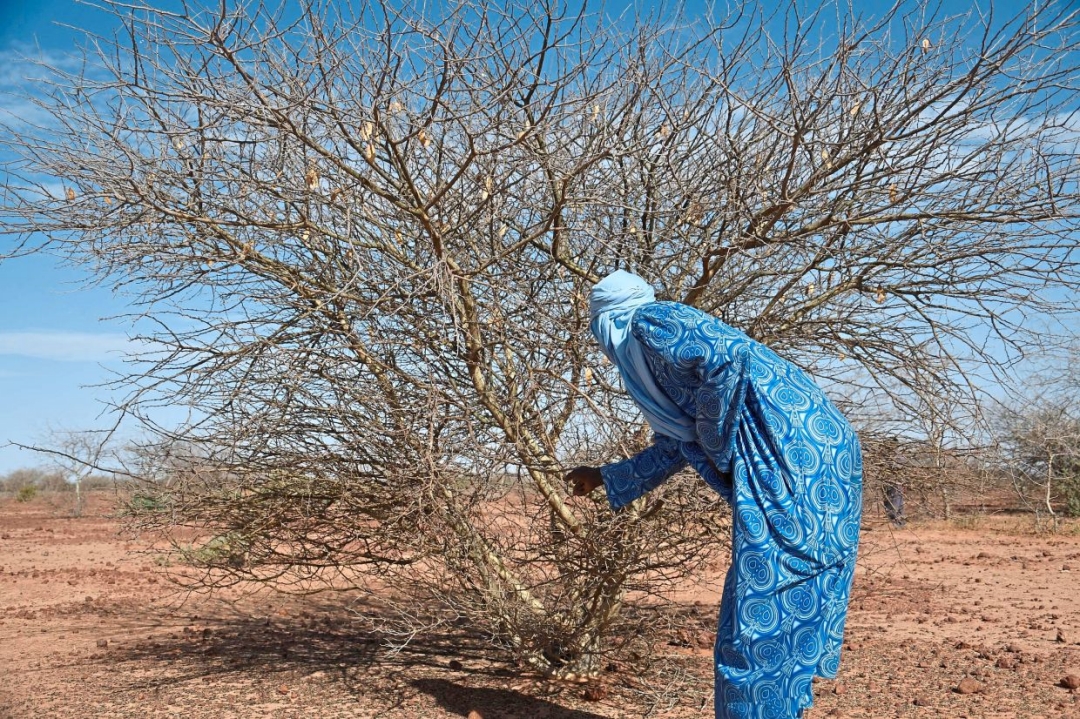 RECENTLY, the British Government through Defra (Department of The Environment, Fisheries and Agriculture) launched an initiative to give farming grants to landowners for the planting of trees in order to capture atmospheric carbon dioxide. This, in a small way, will help reduce the effects of carbon dioxide emissions on our planet.

A farmer/landowner of a field opposite my house plans to plant saplings thus creating a small forest of native beech and oak trees. These will take two or more decades to mature well beyond my lifetime.

Many governments worldwide have such schemes in place to reduce atmospheric carbon dioxide but because of the sudden arrival of the Covid-19 pandemic and its costly vaccination programme and healthcare services support, these plans have been put on the back burner. However, three great green walls of vegetation have been planted worldwide prior to the arrival of Covid-19 in Africa, China, and India. Each area has its own specific problems but the concept is most admirable.

The Great Green Wall of Africa

It was 70 years ago that a British explorer, Richard St Barbe Baker, on a Saharan expedition, proposed a ‘Green front’ to act as a 50km-wide tree buffer to assist the containment of the ever advancing desert. It took another five decades for his proposals to re-emerge at a conference to ‘Combat desertification and drought’.

Five years later the ‘Great Green Wall for the Sahara and Sahel Initiative’ was launched, involving 20 African countries. This massive project has the intention of restoring 100 million ha of land and 1 million square km of degraded land by 2030.

In the process, 350,000 new jobs will be created in rural areas and 250 million tons of carbon dioxide will be absorbed from the atmosphere. In 2019, it was estimated that 15 per cent of the wall had been completed with massive inroads in Nigeria, Senegal, and Ethiopia.

Nigeria has restored 4.9 million ha of degraded land and Ethiopia has reclaimed 15 million ha. In Senegal, over 11 million trees have been planted but with relatively low survival rates. In late 2020, the Great Green Wall had reached 4 per cent of the planned target with Ethiopia having achieved the planting of 5.5 billion saplings.

These projects have been in partnerships with the local rural communities using their knowledge on the most suitable trees to plant, together with the re-creation of farming communities and the development of rural educational programmes. 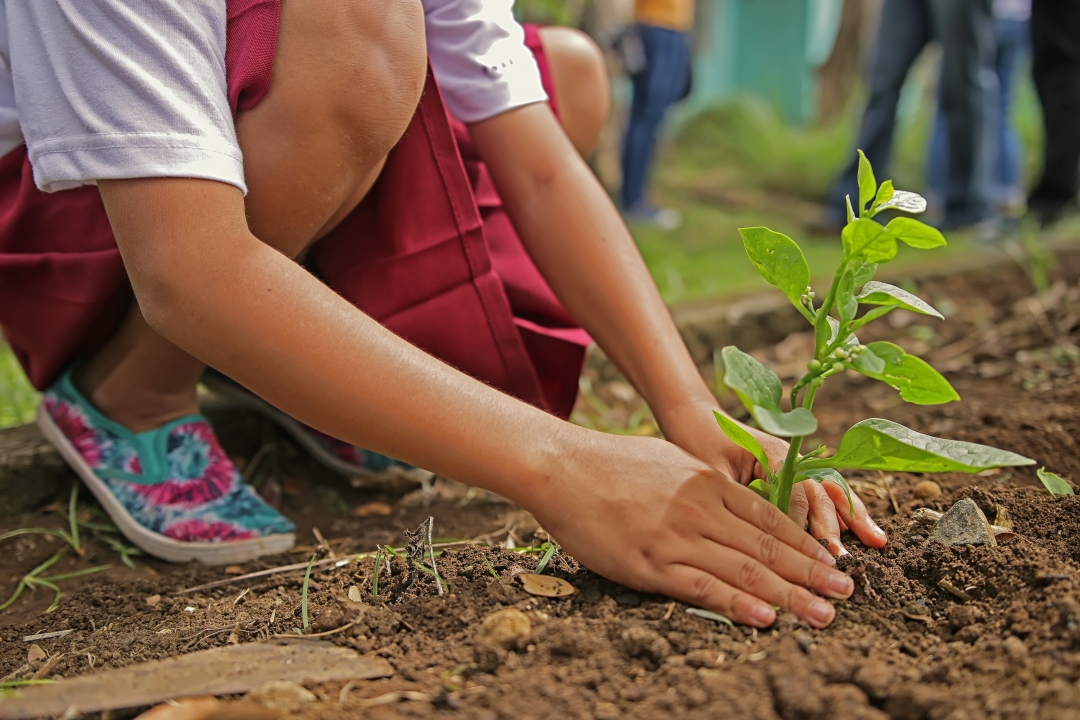 Planting the right trees is vital to reforest areas. — Photo from PxHere

The Great Green Wall of China

Again, it was the need to combat desertification in Northern China that led the setting up of ‘The Three-North Shelterbelt Programme’ to arrest the expansion of the Gobi Desert. Over 3,600 square km of grasslands were being lost each year owing to dust storms, which removed as much as 2,000 square km of topsoil per annum.

Begun in 1978, it aimed to increase northern China’s forest cover from 5 to 15 per cent.

In less arid areas, aerial seeding has been employed and, in the more arid areas, cash incentives have been made to farmers to plant shrubs and trees. Two decades after its founding, the project has planted 500,000 square km with trees. Greater quality controls are now in place so that the most suitable trees to specific locations are planted. Not any old tree but the right tree must be planted!

Such a large scale scheme has created its own problems. Trees are vast absorbers of groundwater and thus on the loess plateau areas less groundwater was available for farming. The lack of diversity of tree species because of the tendency to create monoculture plantations has reduced the biodiversity for wildlife and in particular bird species. Monoculture plantations have made some species of tree more susceptible to the spread of tree diseases.

China, however, rightly prides itself on this massive venture in arresting desertification as well as offsetting its carbon dioxide emissions. With increasing climate change and the greater frequency and intensity of sandstorms, only time will tell of the relative success of or future for this mammoth project.

The Great Green Wall of the Aravalli Mountain Range

This mountain range exists in North West India beginning on the outskirts of Delhi and running south westwards for 670km. It is thought to be India’s oldest mountain range predating considerably the relatively recent Himalayas! Bordering the Thar Desert to the west and northwest, it too partially experiences desertification, with windblown desert sand.

Here, it is planned to create a 1,600km-long and 5km-wide green ecological corridor acting as a buffer against pollution created by industry (51 per cent), vehicles (27 per cent), crop-burning (8 per cent), and Diwali fireworks (5 per cent).

Approximately 1.35 billion native trees will be planted over 10 years to re-establish the forest cover of the mountain range and to re-establish its biodiversity. However, there appears to be no overall management agency controlling this vast mountainous region, which suffers from urbanisation, copper mining, pollution, and the destruction of wildlife habitats. Again, only time will decide the relative success of the tree planting programme.

Whilst appearing to most of us as a newly coined word, it was in fact first used nearly four decades ago by a New York environmentalist, Jay Westerveld. He used it in an essay regarding a hotel’s practice of sticking up notices in hotel rooms suggesting the reuse of towels to save the environment. He noticed that little effort was made in reducing energy waste and towel reductions in the hotel’s laundry!

Such profitable but ineffectual environmentally conservationist’s acts are thus referred to as ‘greenwashing’. This word can be used in some governmental plans to misinform the world of their intentions to offset their country’s carbon dioxide emissions by planting trees. In many parts of our planet, tree planting schemes have seen the growth of associated timber industries in the planting of fast growing softwood tree species only to cut down and used in pulp processors and furniture making. Ere long the carbon is released again into the atmosphere! 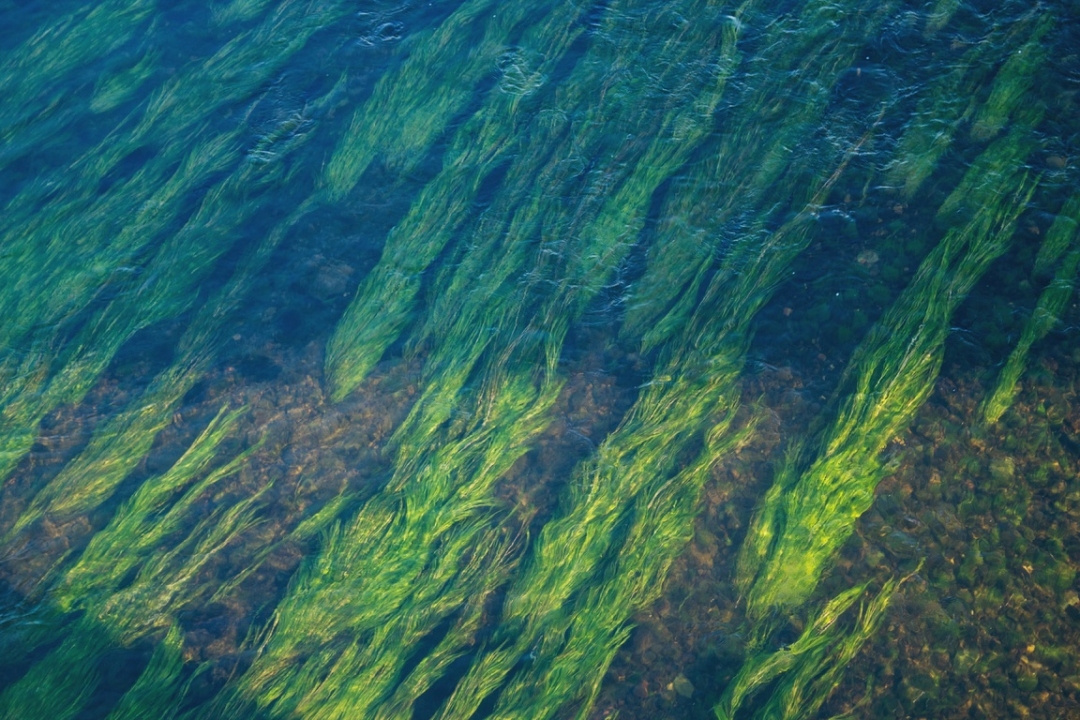 When seagrass dies, the carbon is retained in its remains and together with marine silts and muds is eventually converted into sedimentary rock, thus creating huge carbon traps. — Photo from PxHere

In marine environments the environmental damage done by deep-sea trawling and dredging of shingle for the construction industry has removed huge submarine forests. Marine biologists have successfully persuaded governments to set aside marine reserves where seagrasses and seaweed can be planted to create massive carbon stores.

Seeding of the seabed by Plymouth University (UK) Department of Marine Biology has achieved 6 per cent success but there is more to come. Seagrass is a more effective way of storing carbon than tree growth for when it dies, the carbon is retained in its remains and together with marine silts and muds is eventually converted into sedimentary rock thus creating huge carbon traps.

Surface and submarine forests need to be preserved and replanting schemes in various parts of the world with native species of tree and submarine plants are to be admired in our attempts to arrest the amount of carbon dioxide in our atmosphere and thus slowdown our planet’s rising temperatures.