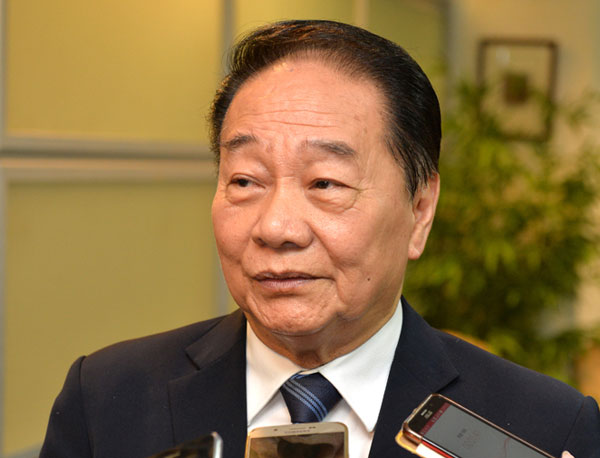 KUCHING (May 24): Bawang Assan assemblyman Dato Sri Wong Soon Koh wants the Gabungan Parti Sarawak (GPS) government to re-assess the state’s Post Covid-19 Development Strategy (PCDS) 2030, saying it fails to show how Sarawak’s Gross Domestic Product (GDP) growth rate rocketed to an average of eight per cent when its GDP growth has been below five per cent per annum for the past few years.

“A key target set by the GPS government is for Sarawak to achieve an annual average economic growth of eight per cent to double the size of our state’s economy from RM136 billion in 2019 to RM282 billion by 2030. However, the calculation whether by simple or compound growth rate of eight per cent per annum over 2019 to 2030 amounting to RM282 billion is simply too far-fetched and may not be tenable.

“Notwithstanding this fundamental miscalculation, the Development Strategy 2030 simply fails to show how Sarawak can suddenly rocket to an average eight per cent GDP growth rate when for the past few years, its GDP growth has been below five per cent per annum as follows: 2.1 per cent (2020), 2.5 per cent (2019), 2.2 per cent (2018), 4.5 per cent (2017) and 2.4 per cent (2016),” he said in his debate on the Yang di-Pertua Negeri’s address at the State Legislative Assembly (DUN) yesterday.

Wong said the reality of the situation and economic environment suggested that PCDS 2030 was drawn up without any substantive clarity or direction, and claimed it to be “too glossy, unrealistic and far-fetched”.

“It is good to look forward and plan for a better tomorrow with a target time set for 2030, but we must be realistic enough to ensure that the leaps and bounds targeted can be practically achieved,” he said.

He then suggested that the GPS government re-visit the drawing board and re-assess PCDS 2030, bearing in mind several matters, including the definite slow-down of growth momentum of global economy; the greater uncertainties because of escalation of trade conflicts between countries especially between China and the United States; the havoc brought about by the Russian-Ukranian war; and the disruption of logistics and shipping movements affecting supply chains resulting in the increase of prices for all goods and products including consumer goods and food stuff.

He said other matters that need to be taken note of include the weakening of industrial production across the world because of higher cost of energy sources; the volatility of commodity prices and overall tightening of financial conditions in key economies; the economic growth of Euro areas and U.S and in fact the world over is expected to decline in the next few years; weakening business confidence and investment and trade and commerce; the global tensions and uncertainties are expected to linger on and persist into several years; and the financial regulatory tightening the world over are expected to further bring down the entire global growth.

“In view of all (these), we must relook at the Development Strategy and do the necessary adjustments to make our projections more realistic.

“As far as we are concerned, what is more urgently required is to place our priorities on linking relief and recovery measures by putting all our efforts to strengthen and sustain relief activities in order to ensure that short-term income and basic necessities and fundamental needs to the people are made available and ultimately to get life back on our feet,” he said, adding that it is hoped that GPS would take the constructive suggestions with an open mind and ultimately do what is best for Sarawak.