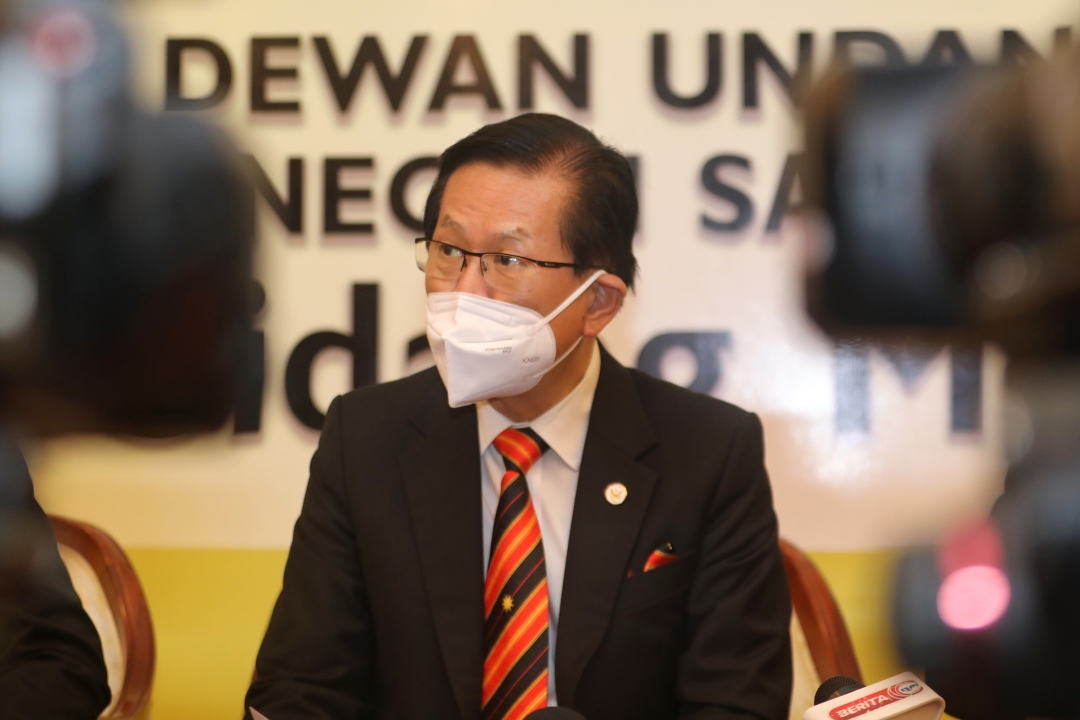 Lee speaks to reporters during a press conference at the DUN complex. – Photo by Chimon Upon

“In fact, the Ministry of Transport, Sarawak through a special platform that is the Sarawak Public Transport Committee Meeting which is scheduled to be held in June 2022 will deliberate on this issue,” said Lee during a press conference held at State Legislative Assembly (DUN) complex today.

Lee was responding to the statement by Padungan assemblyman Chong Chieng Jen, who claimed it was totally unacceptable for the ministry to be still ‘studying the matter’ when high transportation costs had been plaguing the industry for over a year.

Lee explained that it was imperative to understand the issue on the increase of transport and logistics cost was not only affecting Malaysia but the whole world.

“This is due to the disruption in the global supply chain from the point of production until the delivery of goods to the consumers. All these are the results of the two years Covid-19 pandemic followed by the geo-political tension especially the war between Ukraine and Russia.”

Lee also said the hike in oil prices from USD$80 per barrel in 2019 to USD$112.8 per barrel on May 25 was a contributing factor in the rising cost.

“Since this issue is not restricted just to Sarawak, therefore as a responsible and accountable Ahli Yang Berhormat for Padungan who is also a Member of Parliament for Stampin, he (Chong) should have brought up the issue in the recent Dewan Rakyat sitting.”

In fact, Lee said the federal government had provided diesel fuel subsidy to land cargo operators, including those from Sarawak, as one of the measures to cushion the impact of rising costs of transport and logistics.

“We are looking into the matter and we have to study the matter together with those in the logistics industry,” said Lee, who repeated his remark made during the current DUN sitting at the press conference.

Lee said the Gabungan Parti Sarawak (GPS) state government had consistently engaged with the stakeholders first to investigate the root cause of an issue, rather than issuing sweeping statements to gain cheap publicity.

“This approach is certainly different from the style of Yang Berhormat for Padungan where he made promises in the past but failed to fulfil when he was in the Pakatan Harapan’s government as a Deputy Minister of Domestic Trade and Consumer Affairs.”

Lee cited Chong’s unfulfilled promises of retaining the oil and gas royalties for the state at five per cent, on top of receiving 20 per cent of oil profit as well as 50 per cent of the tax revenue collected in Sarawak to be returned to the state.

Also, the minister said Sarawak had recorded the lowest increase in inflation at 1.7 per cent for March, below the national average of 2.2 per cent.

“It is significant to note that Penang, the state under Democratic Action Party (DAP) administration, registered an increase in inflation at 2.2 per cent,” said Lee.