Wednesday, July 6
You are at:Home»News»Nation»Malaysia, Thailand put up resolutions to secure border 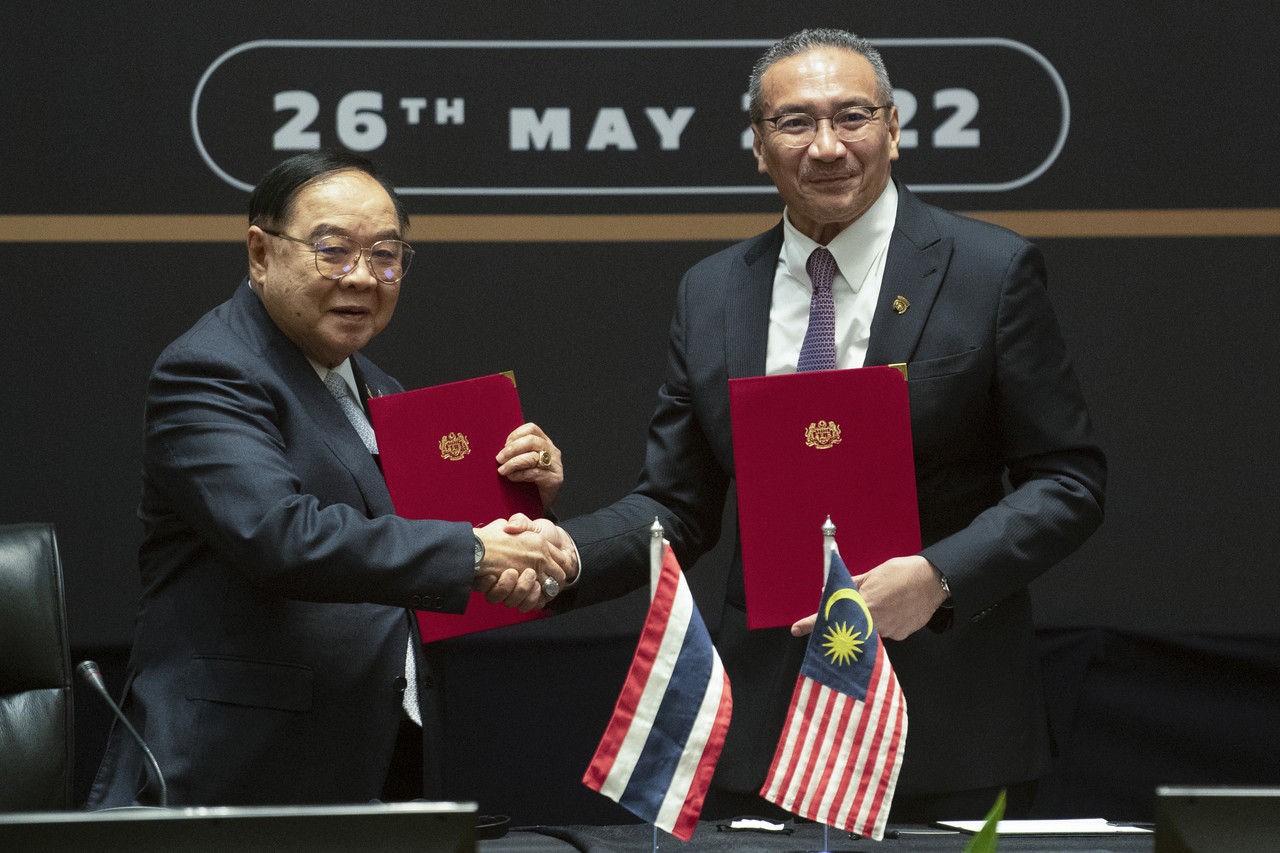 KUALA LUMPUR (May 27): Malaysia and Thailand have agreed to prevent non-traditional security threats along the borders by strengthening information and intelligence exchange among border agencies.

This was among the resolutions laid out during the 55th General Border Committee (GBC) Meeting between Malaysia and Thailand here yesterday.

The Defence Ministries of Malaysia and Thailand in a joint statement said the meeting which was co-chaired by Malaysia’s Senior Defence Minister Datuk Seri Hishammuddin Hussein and Thailand’s Deputy Prime Minister Gen Prawit Wongsuwan also agreed to improve the effectiveness of joint operations as a measure to curb the proliferation of Covid-19 infections.

“Malaysia and Thailand also have come together to facilitate legal border crossing activities for economic growth and strengthening border area communities. “Both countries will also establish communications with the appointment of liaison officers for Humanitarian Assistance and Disaster Relief (HADR) readiness along the common border,” the statement said.

The hour-long meeting also concurred on conducting the 4th Joint-Combined Exercise Committee Thailand-Malaysia (JCEC THAMAL) exercise with the possibility of inviting Asean members and allied countries as observers and participants. “It is expected to be held in 2024 focusing on military assistance from Asean member countries against the backdrop of HADR and will especially emphasise promoting the roles of female trainees and the performance of Emergency Medical Services (EMS),” the statement added.

According to the statement, the GBC meeting this year was also satisfied with the progress of activities including operational activities, border management activities and other socio-economic development initiatives conducted along the border that were reviewed and reported by committees from both countries.

“The GBC endorsed the progress report submitted by both countries which presented the planning and conduct of various activities by the stipulated agencies and their counterparts,” it said.

The 56th GBC meeting is expected to convene in 2023 and will be hosted by Thailand.

Before the meeting, Hishammuddin received a courtesy call from Prawit and the Thai delegation at Wisma Pertahanan, here yesterday.

Prawit who arrived at 11am was received by a guard of honour mounted by the First Batallion of the Royal Malay Regiment involving 104 officers and men headed by Major Mohd Noornazmin Abd Rahim.

This first visit by the Thai delegation to Malaysia after the Covid-19 pandemic among others aimed to boost bilateral ties as well as exchange views and information for mutual benefit in the region.