Wednesday, July 6
You are at:Home»News»Sarawak»Rayong confirmed as PSB pick for Lubok Antu seat in GE15 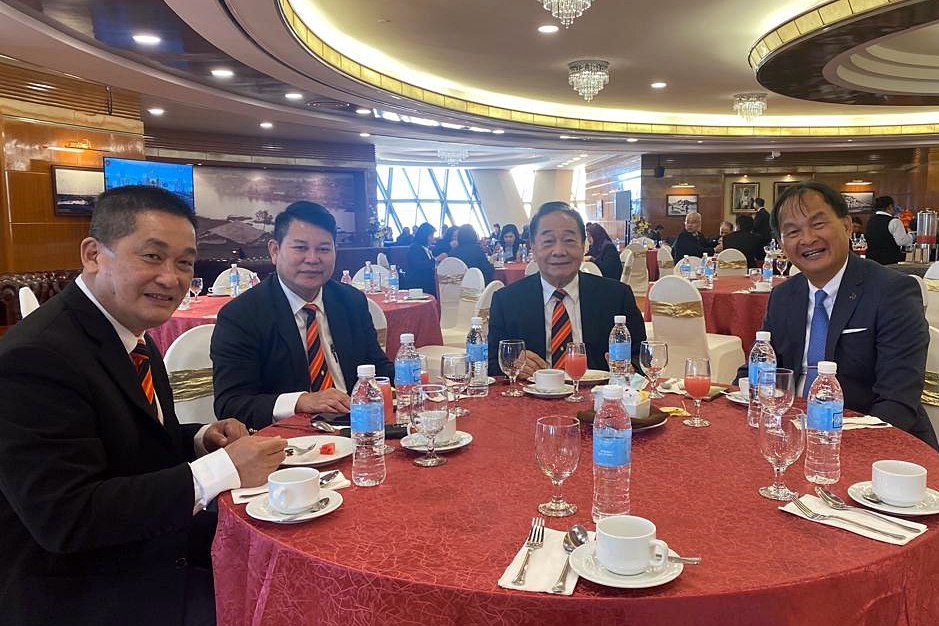 Wong (third left) and Rayong, on his right, are seen with Baru (right) and PSB leadership council member See Chee How, who is Batu Lintang assemblyman.

This was confirmed today by PSB president Dato Sri Wong Soon Koh, who stated that it was the party’s presidential council and its parliamentary election council chaired by Ba Kelalan assemblyman Baru Bian that had endorsed the candidacy of Rayong, who is PSB vice-president and also its Youth chief.

When asked further about the candidacy, Wong said PSB regarded Rayong as ‘a winnable candidate’.

“We believe that he is the best candidate for Lubok Antu, and he can win the seat for PSB,” he added.

When met, Rayong – now in his fourth term as Engkilili assemblyman – said he accepted the endorsement and expressed gratitude to the party’s leadership for continuing to put their trust in him.

“To wrest Lubok Antu from the incumbent would be a big challenge for me, but with the early endorsement announced by the PSB, I promise to work harder.

“Despite already moving on ground, it is still important for Lubok Antu constituents to know early who would be the candidate from PSB,” said Rayong.

Besides Engkilili, the other state constituency in Lubok Antu is Batang Ai, where the present assemblyman is Datuk Malcom Mussen Lamoh of Parti Rakyat Sarawak (PRS), which is a component of the ruling coalition Gabungan Parti Sarawak (GPS).

Lubok Antu MP Jugah Muyang won the seat in the 2018 parliamentary election under Parti Keadilan Rakyat (PKR) ticket, only to quit the party in 2020 to become Independent.