Monday, September 26
You are at:Home»News»Sabah»New Tongod-Keningau road will pave way to more development 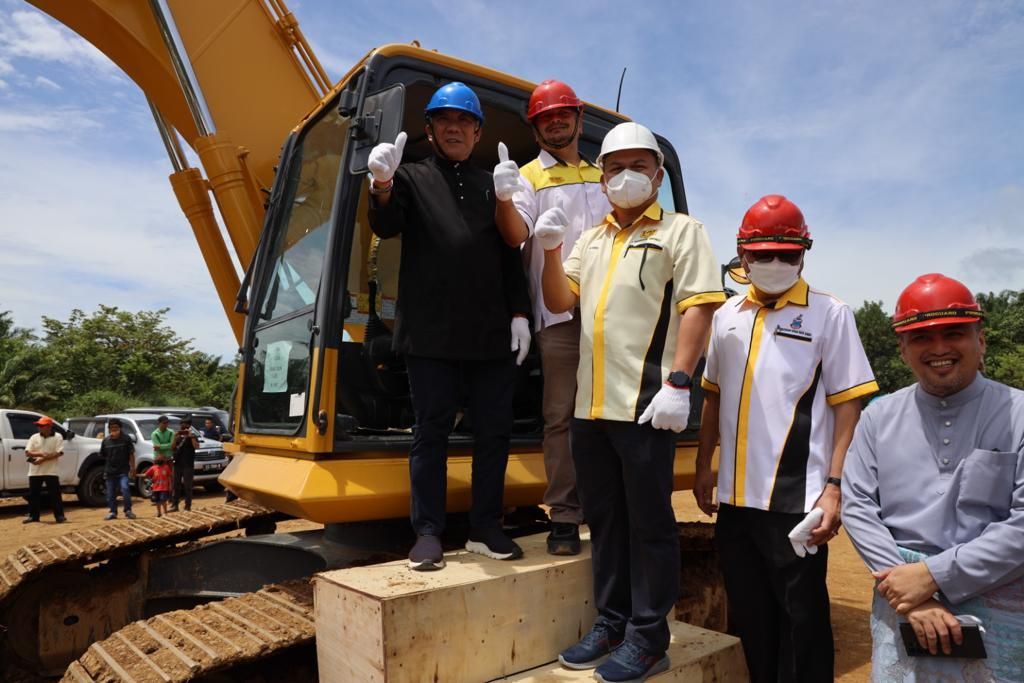 Bung Moktar (left) at the launching of the groundbreaking ceremony.

TONGOD (May 28): Tongod, an inland district in Sabah, will have another alternative route to the west coast of Sabah, which will boost the district’s development and the economy of its people.

Deputy Chief Minister Datuk Seri Bung Moktar Radin said the 40-km road worth RM320 million, which is expected to be completed in early 2024, connects Kampung Linayukan near here with Kamping Sinaron in Keningau and will cut the distance from 315km to 200km from Kota Kinabalu.

“The impact (Jalan Tongod-Keningau) is huge, where in the past if the Tongod community wanted to go to Keningau, they have to go through Kota Kinabalu which is about 315km away.

“Of course, the relationship between these districts is important because that is where economic and employment opportunities can be harnessed,” he said after launching the groundbreaking ceremony in conjunction with the Kinabatangan Parliamentary Aidilfitri and Kaamatan Festival open house here on Saturday.

The Kinabatangan MP, who is also the State Works Minister, is concerned about unbalanced development between districts in Sabah, especially when larger districts like Tongod are neglected.

According to him, the district, which is ​​about 10,000 sq km, is not only the largest district in Sabah, but also categorised as the poorest district in the state.

“I intend to lift Tongod out of the shackles of poverty and take an approach of ensuring the community in Tongod does not depend on government subsidies, but can be self-sufficient and develop themselves,” he said.

On the construction of phase 1 of the Pan-Borneo Highway in Sabah, Bung Moktar says it was immaterial whether government allocations or the Private Finance Initiative (PFI) were used, so long as the project is completed on schedule because the people of Sabah need a good road system.

He said the state government would probably consider a PFI approach for the second phase of the project. – Bernama