Wednesday, July 6
You are at:Home»News»Sarawak»Premier: Belawai can be like Hawaii 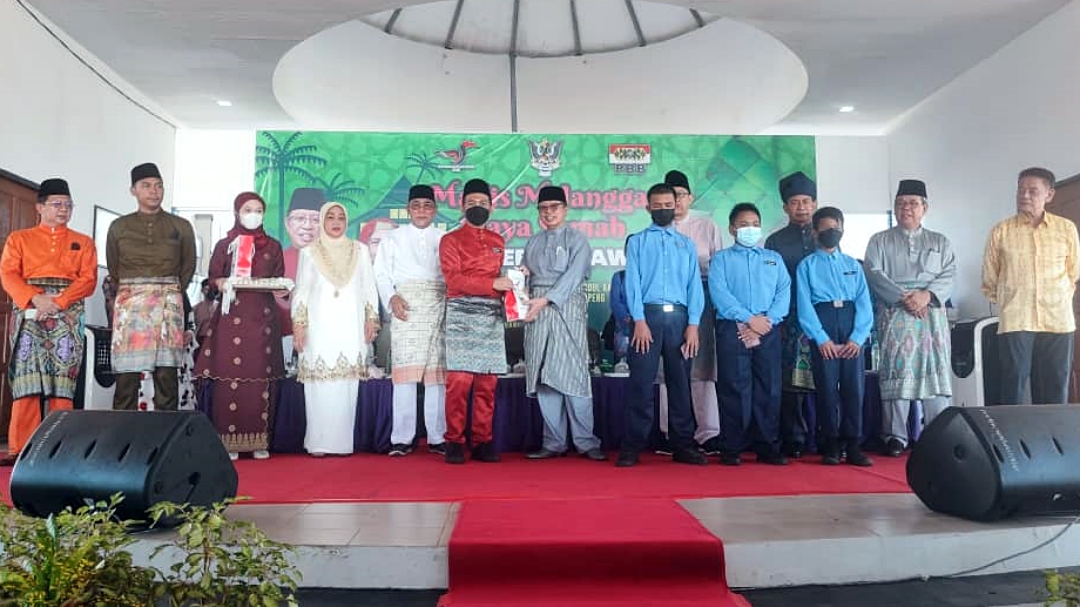 Abang Johari (seventh left) presents some Raya goodies to a representative of a primary school, as Len Talif (fifth left) and others look on.

BELAWAI (May 28): Belawai, with its beautiful beaches, has the potential to be known as the ‘Hawaii of Sarawak’ as the state government is ready to provide the infrastructure for the development of projects such as waterfront parks and other tourist facilities here.

In stating this, Premier Datuk Patinggi Tan Sri Abang Johari Tun Openg said he would readily approve the waterfront project, which would cover upgrading works on the facilities along the Belawai beach.

“I would approve the Belawai waterfront project as I believe that it would complement the other facilities set to boost the local tourism industry.

“I appreciate the aspiration of turning Belawai into the ‘Hawaii of Sarawak’,” he said at a Hari Raya Aidilfitri gathering here today.

However, Abang Johari pointed out that he would announce the allocation after having obtained the estimates from the implementing agency.

The request for the waterfront project was highlighted earlier by Deputy Minister of Natural Resources and Urban Development Datu Len Talif Salleh in his welcoming speech.

Len Talif, who is Kuala Rajang assemblyman, said the estimated cost of the project was RM35 million.

To this, Abang Johari responded: “I think RM35 million for implementation (of the waterfront project) is not enough. For the time being, leave it to the Drainage and Irrigation Department to work out an estimate.”

Adding on, the Premier said the state government was capable of implementing infrastructure projects meant to improve the living standard of the people.

“This can be attributed to the state government’s ability to generate income, and also its efficiency in managing its finances.

“After earning over RM2 billion annually from sales and services tax on oil and gas products, the state government would continue to look for new sources of income,” he said.

According to him, the state government has adopted a new system in implementing the SPK, under which eligible applicants from the B40 (low-income) category are able to own decent housing units.

“Apart from providing lots, the state government would do the earth-filling works, build access roads and bring in the utilities. Those eligible for the scheme would be offered loan facilities from Mutiara Mortgage Bank for the units, at only one per cent interest rate,” he added.

On Len Talif’s request for the setting-up of a central region development agency to oversee the areas stretching from Meludam in Betong Division to Balingian in Mukah Division, Abang Johari gave his assurance that he would give the proposal due consideration.

Later, the Premier gave away Raya goodies to some 800 pupils from seven primary schools in Kuala Rajang.