Thursday, August 18
You are at:Home»News»Sarawak»S’wak themed mural maze gunning for entry into Malaysia’s Book of Records 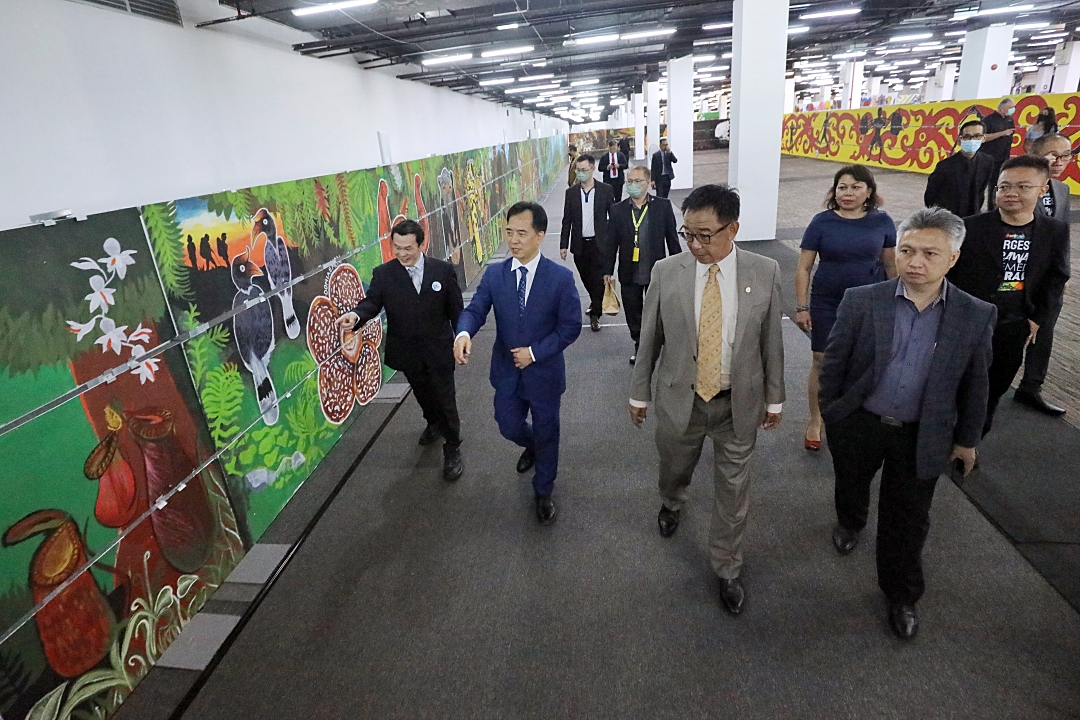 Abdul Karim (second right) views the mural maze with Snowdan (right), Hii and others. – photo by Chimon Upon

He said the theme of the mural covering 1,370 square metres is the five pillars of Sarawak’s tourism which is CANFF (Culture, Adventure, Nature, Food and Festivals).

“Through this project, we celebrate our beauty in ethnic diversity, which I believe is crucial in leaving a memorable cultural and heritage legacy for Sarawak,” he told a press conference at the opening of the mural maze at Borneo Convention Centre Kuching (BCCK) yesterday.

“Furthermore, talents from Sarawak Society of the Deaf also contributed to the making of ‘The Largest Sarawak Themed Mural Maze Painting’ .

“Hence this not only celebrates Sarawak’s uniqueness but is also a fundraising initiative for the Society through voluntary donations from visitors,” he added and called on the public to support the deaf community.

The mural maze is open to the public until June 8 from 9am to 7pm.

The initiative was launched by Abdul Karim in January this year for completion in May.