Monday, July 4
You are at:Home»Columns»Uncle DI»‘Who’s wild, and whose life?’ 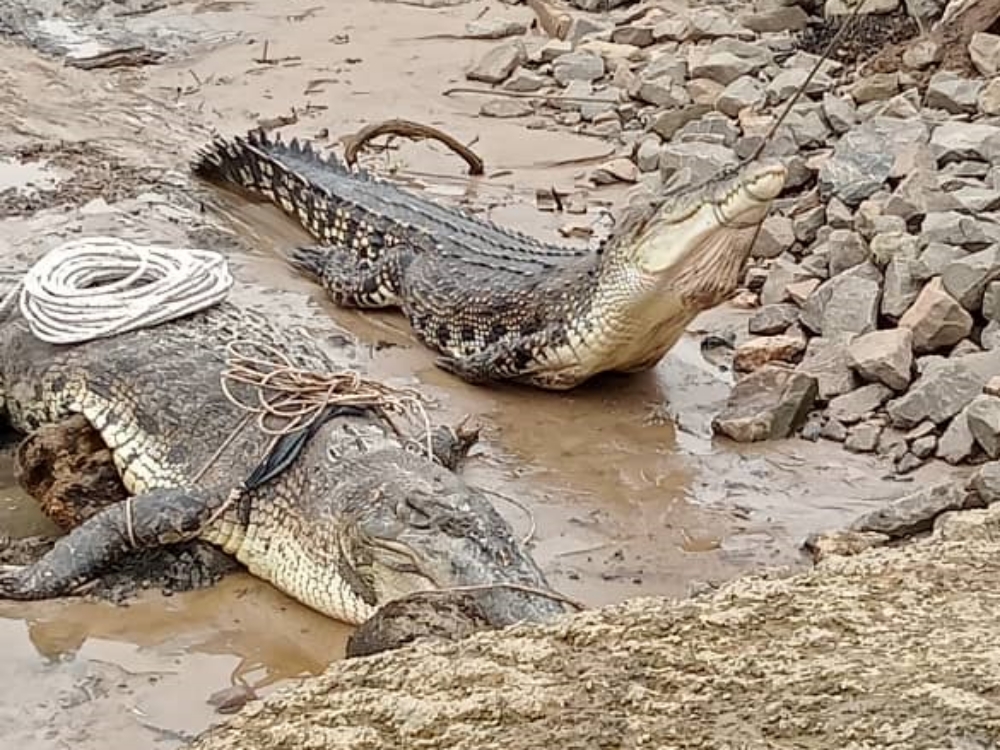 Culling is the most appropriate method to reduce the number of dangerous crocodiles in Sarawak. – File photo

IN 1998, the Sarawak government enacted the Wild Life Protection Ordinance, for the protection and conservation of indigenous animals and plants in the state. It gives powers to the wildlife officer, police officer or the customs officer to deal with breaches of offences against the Ordinance.

No problem with the protection and conservation of the wild plants; indeed, this part of the law is good for us humans.

There is, however, a real problem with the arm of that legislation that protects and conserves the wildlife known as Crocodylus porosus, the ‘Buaya Katak’. These man-eating reptiles lurk in all the rivers and streams of Sarawak and, after being protected for over 20 years, their population has boomed.

I don’t know the exact numbers. The Wildlife Office may be able to tell you how many crocodiles there are and which rivers or streams they infest. As far as I am concerned, the less of these creatures out there, the better for the natural perpetuation of unprotected species like mine.

Since time immemorial, there has been a conflict of interest between the two: both are fond of prawns, but the crocodiles are greedy – if no prawns are available, human flesh will do. And the law of the state, following the multilateral treaty called the Convention on International Trade in Endangered Species of Wild Fauna and Flora (CITES) 1975, which accorded to our crocodiles the status of ‘totally protected’.

This status was downgraded to ‘not totally protected’ only recently.

Still protected, and anyone interested in crocodile’s meat may apply for a licence to catch one for dinner (tastes like chicken?), or skin it to make a million-dollar handbag.

The humans living along Sarawak rivers are the real endangered species, not the crocodiles – for there is no similar legislation that protects humans.

The two species are supposed to live on separate territories – one on dry land, and the other in the water.

Any human ‘trespassing’ on the crocodile’s territory will be caught and eaten.

Any crocodile found on land when laying eggs is not to be disturbed, though. That’s for the purpose of perpetuation of that species, say the experts. Crocodiles are allowed to multiply abundantly, while humans have been told to go for family-planning.

After a human has been caught by a crocodile, the law allowing reprisal was strict – only the culprit may be caught. Other crocodiles are deemed innocent.

Within this past fortnight alone, Porosus has claimed two precious human lives: one in the Temaga stream at Kangka in Lundu, and the other in Sungai Bayut in the Selang River/Trombol marshland, near Kuching.

What do these deaths tell us? They tell us that there are too many crocodiles in our rivers and streams!

The Sungai Temaga is a tributary of the Sampadi River. Is source is near the Iban longhouse at Kangka in Lundu. The people there, whom I have known since 1969, had never sighted any crocodile until recently.

I have been advocating culling of adult Crocodylus porosus. The ‘False Gharial’ or Tomistoma Schlegli (‘Buaya Jujulong’) is less aggressive.

The money and time spent by the relatives, friends and the Fire and Rescue Department, and sometimes the police, in looking for the murder suspect and what is left of the victim would be better spent on a large-scale culling exercise of the dangerous reptiles.

What if an innocent one is caught – will the hunt be halted, or to be continued until the real murderer is finally nabbed?

One of our problems is that ‘the authorities’ only rush to take action after something has happened.

Accident at a dangerous crossroad? NOW, they install traffic lights!

Crocodile attack? NOW they look for the one and only man-eater out there, never mind the army of potential villains.

The hunt for crocodiles should be carried out on a regular basis, if we must keep on protecting the dangerous crocodiles at all.

My personal opinion is that the state can do without the vermin. Shouldn’t we be happy just with the non-man-eating type, the Tomistoma schlegli?

A decade ago, I was invited to a couple of seminars on the general theme ‘Human-Crocodile Conflict’. In the course of discussing my proposal to cull the crocodiles in Sarawak, the scientists considered my argument as being ‘unscientific’.

Crocodiles, the experts say, are important because they eat dead cats and dogs thrown in the river. Deaths by crocodiles are fewer than deaths on the roads.

So why the complaint? Unless we start an initiative to throw a lot more cats and dogs into the rivers in Sarawak, this argument is a bit lame.

The comparison with tigers, another potentially man-eating species, is lame too.

One crocodile lays 40 to 60 eggs a year; a female tiger has one cub.

These in turn will lay another 50 eggs each — so do they really need protection?