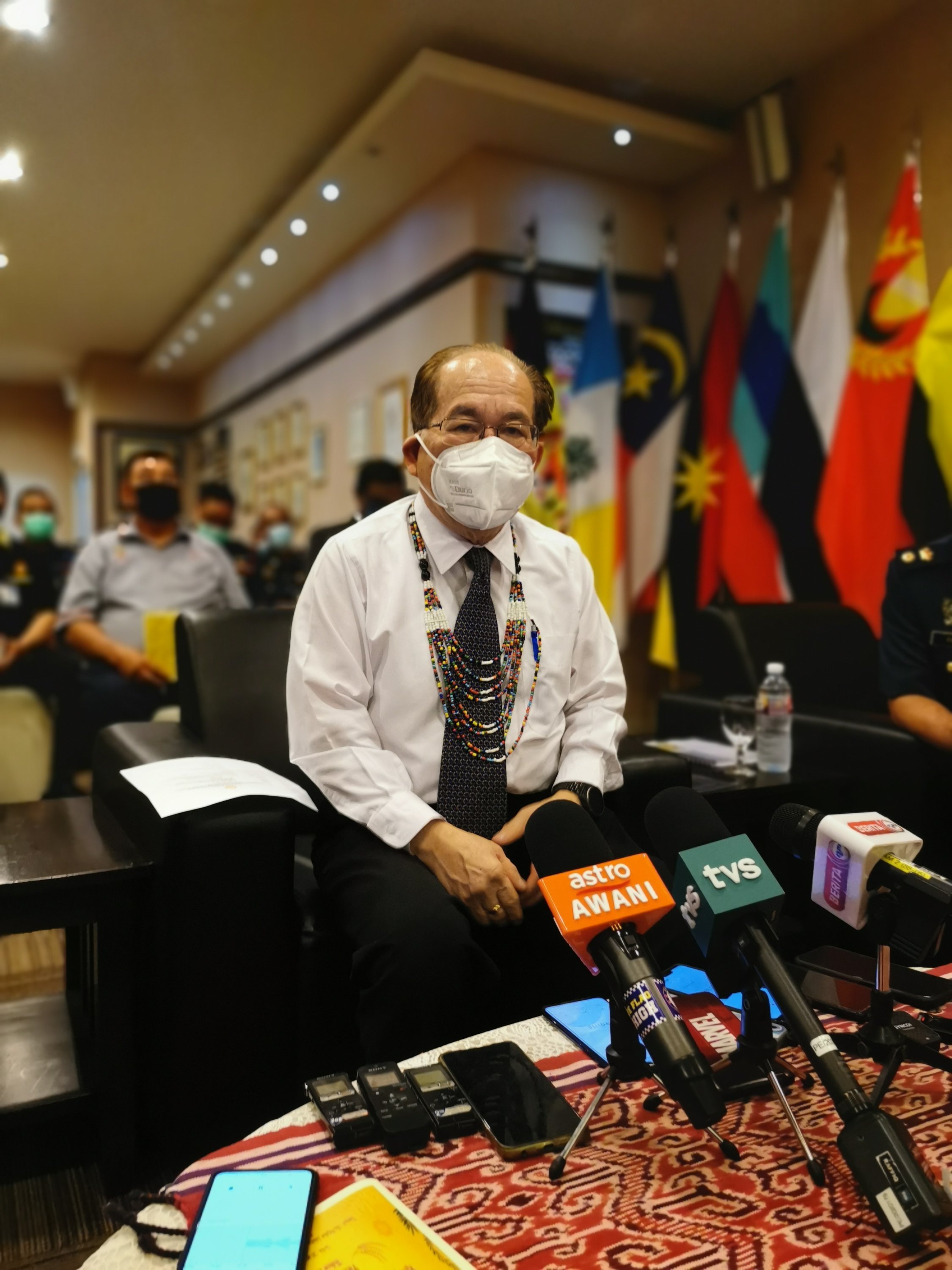 Uggah fields questions from reporters during the press conference. — Photo by Lim How Pim

KUCHING (May 31): The Fire and Rescue Department (Bomba) strives to come up with the best approach in reducing the incidence of fires, especially in longhouses, in Sarawak.

In this regard, Deputy Premier of Sarawak Datuk Amar Douglas Uggah Embas said the state government would conduct discussions with Bomba Sarawak in this matter, particularly on minimising the fire risks.

“Bomba will study the best approach so that whenever there’s a fire, it wouldn’t affect everyone,” he said during a press conference held after the launch of the ‘Gawai Dayak 2022 Fire Safety Awareness Campaign’ at Bomba Sarawak headquarters here yesterday.

Uggah, who is also State Disaster Management Committee (SDMC) chairman, was asked whether or not the longhouses in Sarawak were required to set up partition walls separating one household unit with another, to serve as ‘fire breakers’.

Meanwhile Bomba Sarawak director Datu Khirudin Drahman, who was also at the press conference, said longhouses did not come under the Sarawak Building Ordinance, unlike terraced houses.

On the partition walls, he said this would only apply to longhouses that had applied for government assistance and loan from the Housing Development Corporation (HDC).

Elaborating, he said these longhouses, which were destroyed in fire and had been rebuilt, must comply with the new requirement of setting up partition walls in between the household units.

“Also armoured PVC, which could last for 20 to 25 years, would be used, and gravity-powered water pumps would be set up for longhouses located by the river.”

Separately, Uggah said the state government under the ruling Gabungan Parti Sarawak (GPS) coalition had made available the longhouse-rebuilding assistance since 2017, specifying that the maximum amount of RM70,000 was for one ‘bilek’ (household unit) of the longhouse, and not for the entire longhouse.

Adding on, he said all longhouse owners must lodge a police report and provide the necessary documents to the Resident’s Office in order to apply for the government assistance.

Earlier in the press conference, Uggah said the community-based Emergency Response Team (ERT) was established in 2015 with the objective of empowering local communities, particularly those in the remote areas, in dealing with disasters.

“The main role of the ERT is to mobilise resources when disaster strikes, so that the people affected by it would know what to do.

“Community leaders, especially, are expected to mobilise the evacuation plan and then, communicate with us through amateur radio.

“When disasters such as floods hit the remote areas, there’s a need for the community leaders to mobilise the people and make sure that there’s food, because it would take time for us (authorities and rescue teams) to reach them,” he said, acknowledging that the ERT members have been trained to deal with disasters without risking their lives.