Tuesday, August 9
You are at:Home»News»Sarawak»Quick action by civilians helps prevent fire from spreading over Medan Central 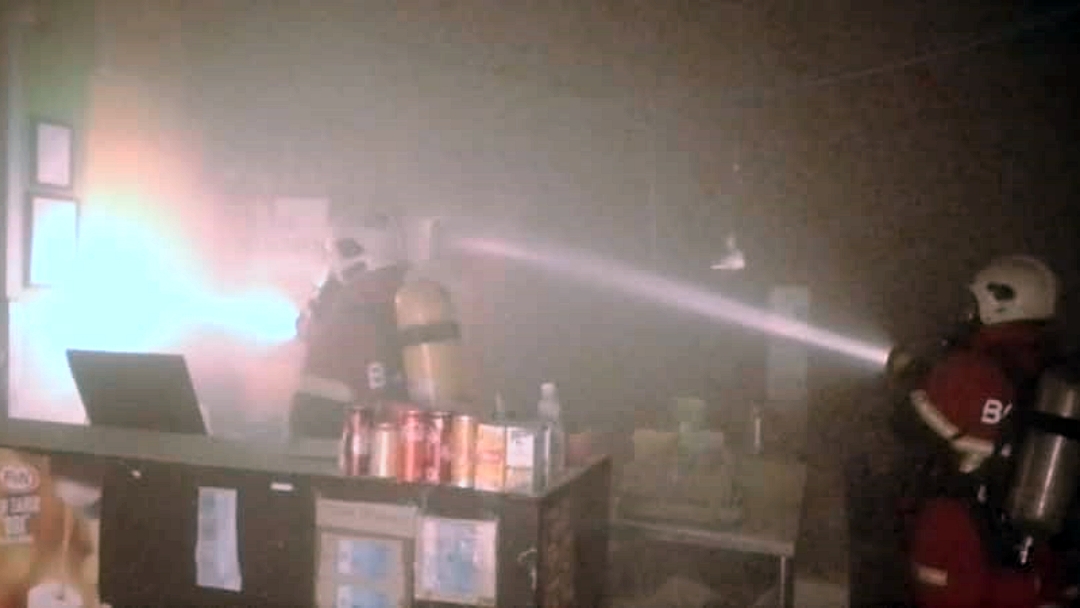 Firefighters douse the remaining flames inside the café at Medan Central.

BINTULU (June 3): Members of the public worked together to prevent fire from spreading over commercial units at Medan Central here late Wednesday.

According to Bintulu Fire and Rescue Department chief Wan Kamarudin Wan Ahmad, the station received an emergency call at 11.39pm.

“Upon arrival at the location, the firefighters saw that the fire did not involve the whole block as what was reported in the call.

“It seemed that a refrigerator in a café had caught fire earlier, and the flames had caused damage to a section inside the premises,” he said.

Wan Kamarudin also commended the civilians for their quick action in controlling the situation.
“Using 10 units of fire extinguishers, they helped stop the fire from spreading over the entire block,” he added.

The incident is being investigated.