Thursday, August 18
You are at:Home»News»Sarawak»S’wak to set up lab to research algae for biofuel production, says Premier 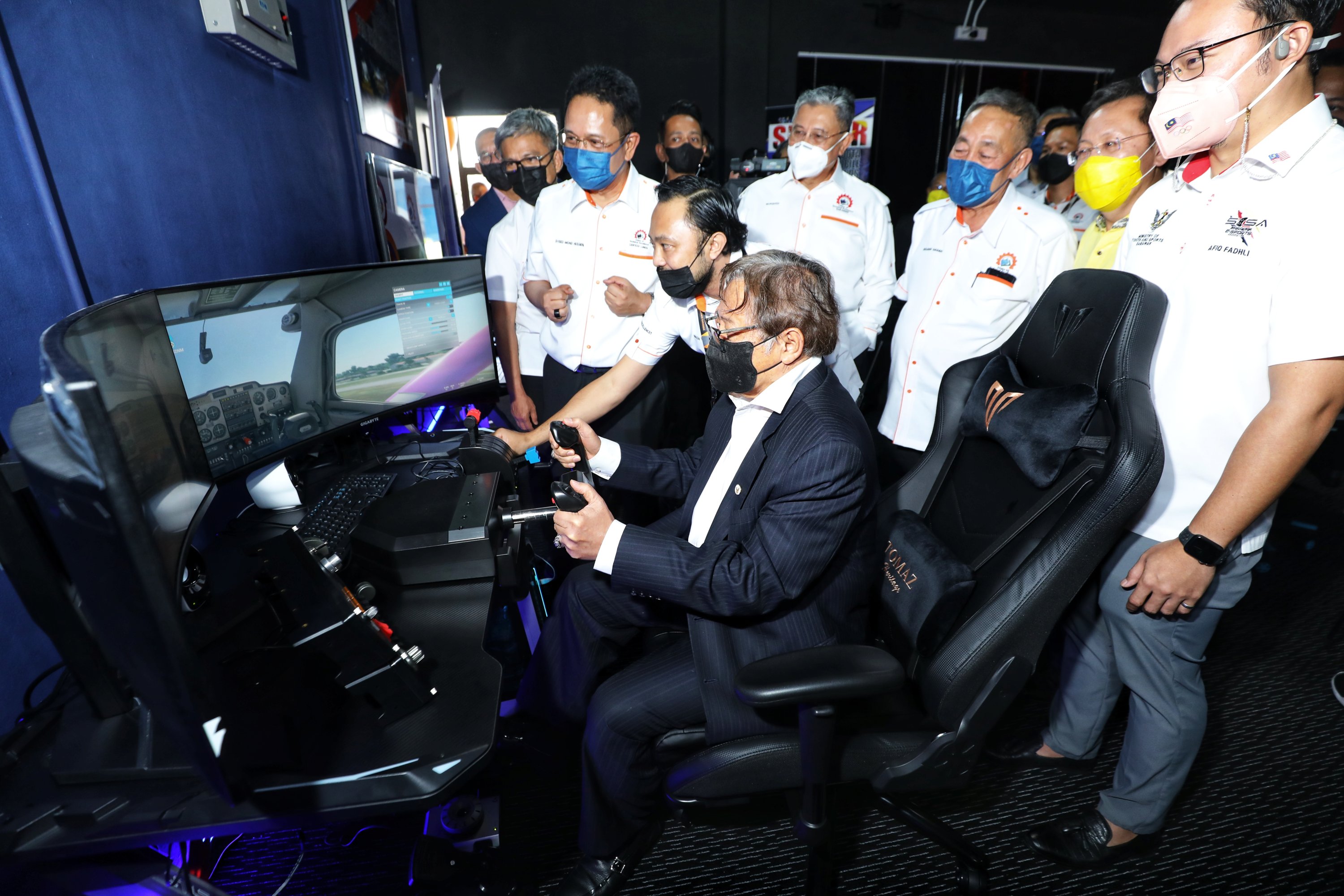 Abang Johari testing out a flight simulation programme during his visit to one of Centexs High Technology Labs. Looking on are Dr Sim (second right), Sagah (third right), Morshidi (fourth right) and others. — Photo by Chimon Upon

He said this was in line with the state’s efforts to explore the production of the alternative Sustainable Aviation Fuel (SAF).

“Once we have the lab and it is proven, then we see how we can do it throughout our coast,” he told reporters when met after officiating the Centre of Technical Excellence Sarawak (Centexs) Digital Tech Event 2022 – International Symposium on Digital Industry Transformation at Centexs Kuching in Santubong today.

Abang Johari pointed out that the coastal region of Sarawak is where mangrove forests—of which algae plays a vital role in its ecosystem—is dominant.

“It is from that area that we can produce a lot of algae and how much of this can be produced is what we have to conduct a study on.

“That is why I want to sponsor to carry out the research. The moment we can produce (the algae), then the SAF can be produced,” he said.

He estimated the research could take between two and three years.

Earlier in his speech, Abang Johari said should Sarawak be able to produce the biofuel from the algae, this would enable the state to become the producer of SAF.

“Imagine if we can work together with Brunei and Indonesia to produce the SAF, we can replace Saudi Arabia (as oil exporter) through our renewable oil,” he said.

Previous ArticlePremier: No food supply issues in S’wak so far
Next Article Shafie acknowledges PBS’ decision to stick with GRS