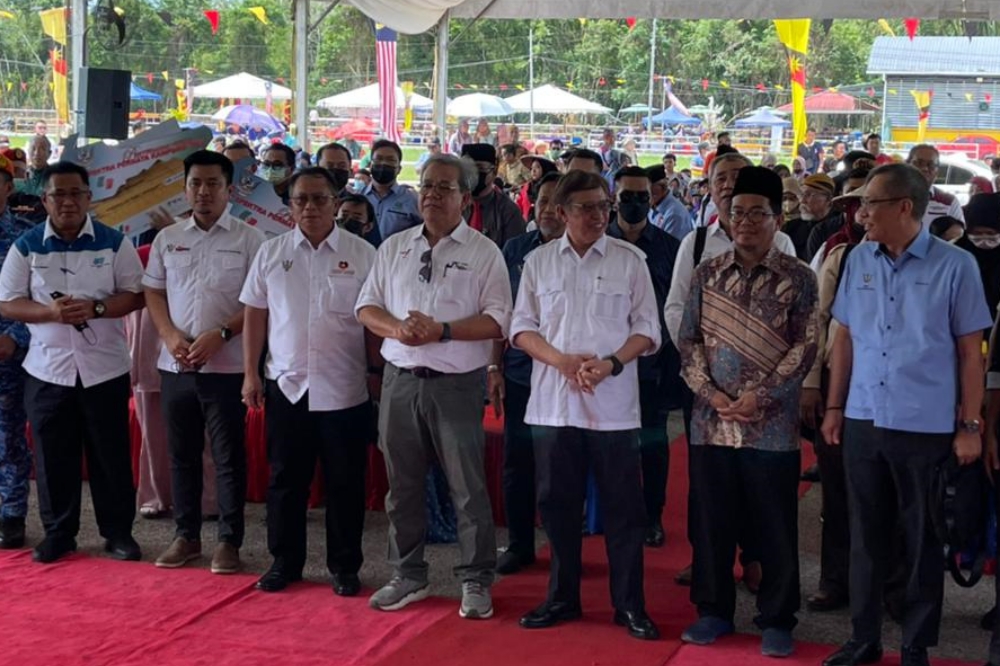 (Front from fifth left) Abang Johari, Dr Juanda, Abdullah and others in attendance during the closing of Matu Festival 2022.

Speaking at the closing of the Matu Festival in Matu today, when completed, the proposed road would be able to reduce travel time for people travelling between Matu and Sibu.

“This road will not only benefit the people here, but also those in Bawang Assan and Bruit.  When we see that we can create a positive impact on those people, we asked the state Works Department to do an estimation of the project.

“They said the project would take about RM130 million and because we see that it will benefit the people, the government decided to approve the project,” he said.

He also pointed out that it would be easier for the people to travel to Kapit or Kuching from here after this.

“We already have the Batang Igan bridge which cost about RM285 million and now we are adding another project costing RM130 million. In just a few years, I gave you almost RM500 million,” he said.

At the same time, Abang Johari also approved allocations for several other projects such as additional allocation for the new Kuala Matu Mosque.

The mosque will be equipped with an observatory to see the crescent moon for the central region area.

He also announced the construction of additional Rumah Spektra Permata for the Jemoreng constituency.

Earlier, Abang Johari said that during his tenure as the Premier of Sarawak, he had approved many development projects in the area.

He said some of the projects just started, some under implementation and some have already been completed.

He said he would work harder to increase revenues for Sarawak so more developments could take place.