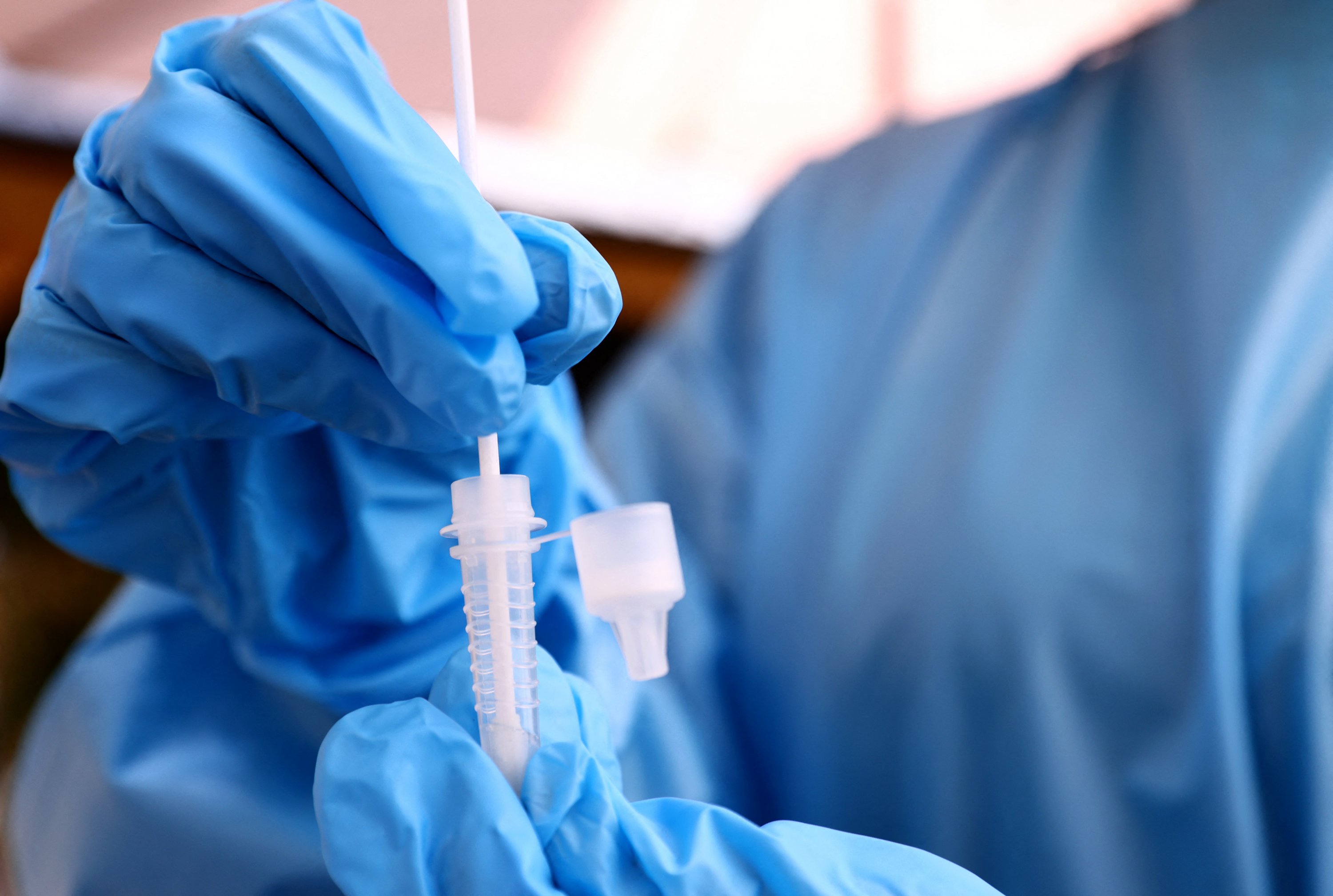 A nurse stirs a nasal swab in testing solution after administering a Covid-19 test. — AFP photo

KOTA KINABALU (June 8): Sabah recorded extremely high rate of Covid-19 sporadic infections, with nearly 74 per cent from 65 new cases on Wednesday are under the category.

Although the ratio of the number of districts that recorded a decrease and increase is balanced, there are some new developments that need to be taken into account by the Sabah Health Department and the public, said Local Government and Housing Minister Datuk Seri Masidi Manjun.

“The number of districts that recorded at least one new infection has increased from 11 to 14 today.

“Yesterday, 16 districts recorded zero cases. However today, the number has been reduced to only 13 districts,” he said.

According to Masidi, Kota Kinabalu remains the highest contributor to daily infection figures in the state with 24 cases on Wednesday.

Putatan and Penampang, which were in the double-digit case zone on Tuesday, dropped back to one digit with only seven and four new cases respectively.

“Another thing that people need to keep in mind is the extremely high rate of sporadic infections.

“A total of 48 out of 65 new patients or nearly 74 per cent were infected through sporadic infection.

“Most likely the infection occurs while attending celebrations and festivals or while in crowded places where compliance with SOPs such as wearing masks is already loose,” he added.

Sixty-four out of 65 cases on June 8 are in Categories 1 and 2. There is only one patient in Category 4.