Sunday, November 27
You are at:Home»News»Sarawak»Abang Jo: Sarawak to work closely with South Korea in energy development 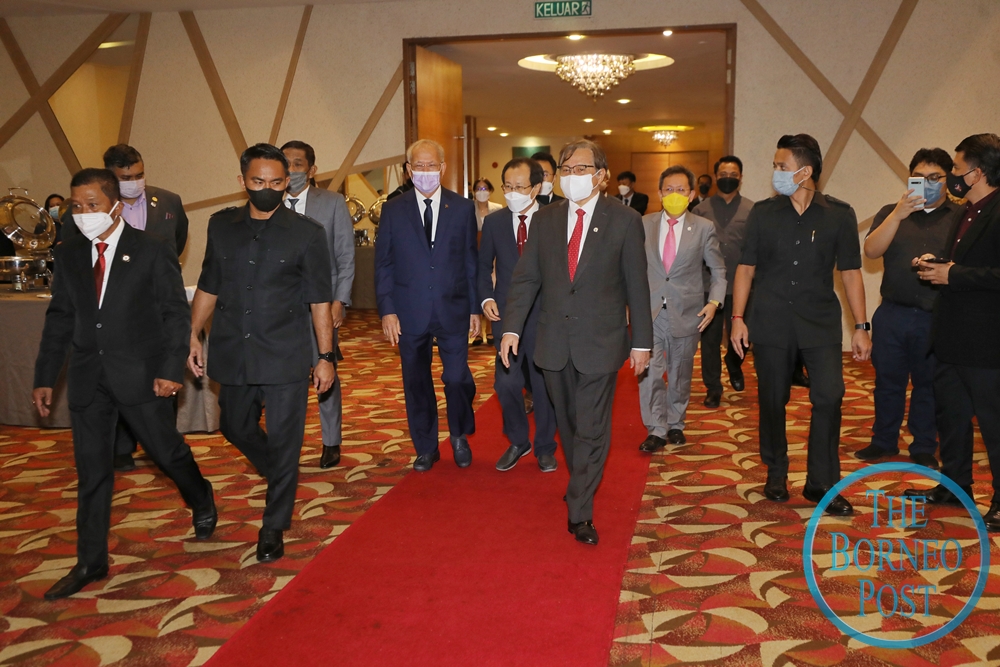 Abang Johari (centre) and other distinguished guests making their way to the event hall. – Photo by Chimon Upon

The Premier of Sarawak said he was glad to see South Korean companies like Samsung Engineering Co. Ltd, POSCO and Lotte Chemical having jumped on the bandwagon and partnered with Sarawak Economic Development Corporation (SEDC) to develop an environmental-friendly hydrogen and green ammonia plant in Bintulu.

He said this when delivering his keynote address at the Sarawak-Korea Energy Business Forum 2022 themed ‘Accelerating The Sarawak-Korea Strategic Energy Partnership’ at the Waterfront Hotel here.

According to him, global hydrogen market is picking up speed, with clean hydrogen production capacity more than doubled since January last year.

By 2050, he said the world’s economies and energy systems will look greener.

“The projected reduction in renewable energy and electrolyser costs, as well as the need for deeper decarbonisation of all economic sectors, will drive the emergence of a global market for green hydrogen and its derivatives.

“This is mainly because hydrogen is an essential component of a net zero energy system for deep decarbonisation that is required to meet the current climate targets and limit the temperature increase below 2°C,” he said.

“I believe such initiative creates further opportunity to explore carbon offsets projects. We expect this eco-friendly integrated public transportation system will be able to reduce carbon footprint in Kuching City by 15 per cent by 2030.

“I am sure Republic of Korea also sees the great potential hydrogen has as green solution provider in industries for the future,” he added.

On SAF, Abang Johari said he was aware that Korean Air will use SAF on its route between Paris and Seoul Incheon.

He noted that the airline would reduce greenhouse gas emissions by up to 80 per cent and taking bold steps towards greener aviation.

He said Sarawak, through SEDC, is collaborating with Airbus and Rolls Royce through Aerospace Malaysia Innovation Centre (AMIC), undertaking research and development on green hydrogen and fuel cell as future aviation fuel in Demak here.

He said such collaboration is a venture into developing biofuels for aviation, in which the aviation industry has net-zero carbon emissions goals.

“Expanding domestic SAF production can help sustain the benefits of our biofuel industry and forge new economic benefits, creating and securing employment opportunities across the country.

“I believe there is tremendous opportunity between Sarawak and Korea towards a future fuelled with SAF that could unlock additional social, environmental, economic benefits — from creating jobs to restoring soil and watersheds to improving aircraft performance,” he added.

Abang Johari asserted that there is a need to address the gap between jet fuel price and the cost of sustainable fuels to be more competitive.

“We need to reduce financial risks to pave the way for greater investment in production infrastructure. The key to greater acceptance and deployment of SAF is reduction in costs.

“We look forward to partner with Republic of Korea, especially in research, development and commercialisation of improved production technologies and innovative sustainable feedstocks,” he said.