Monday, February 6
You are at:Home»Sports»Football»Football gives surprise, says Pan Gon ahead of Bahrain clash
For the freshest news, join The Borneo Post's Telegram Channel and The Borneo Post on Newswav. 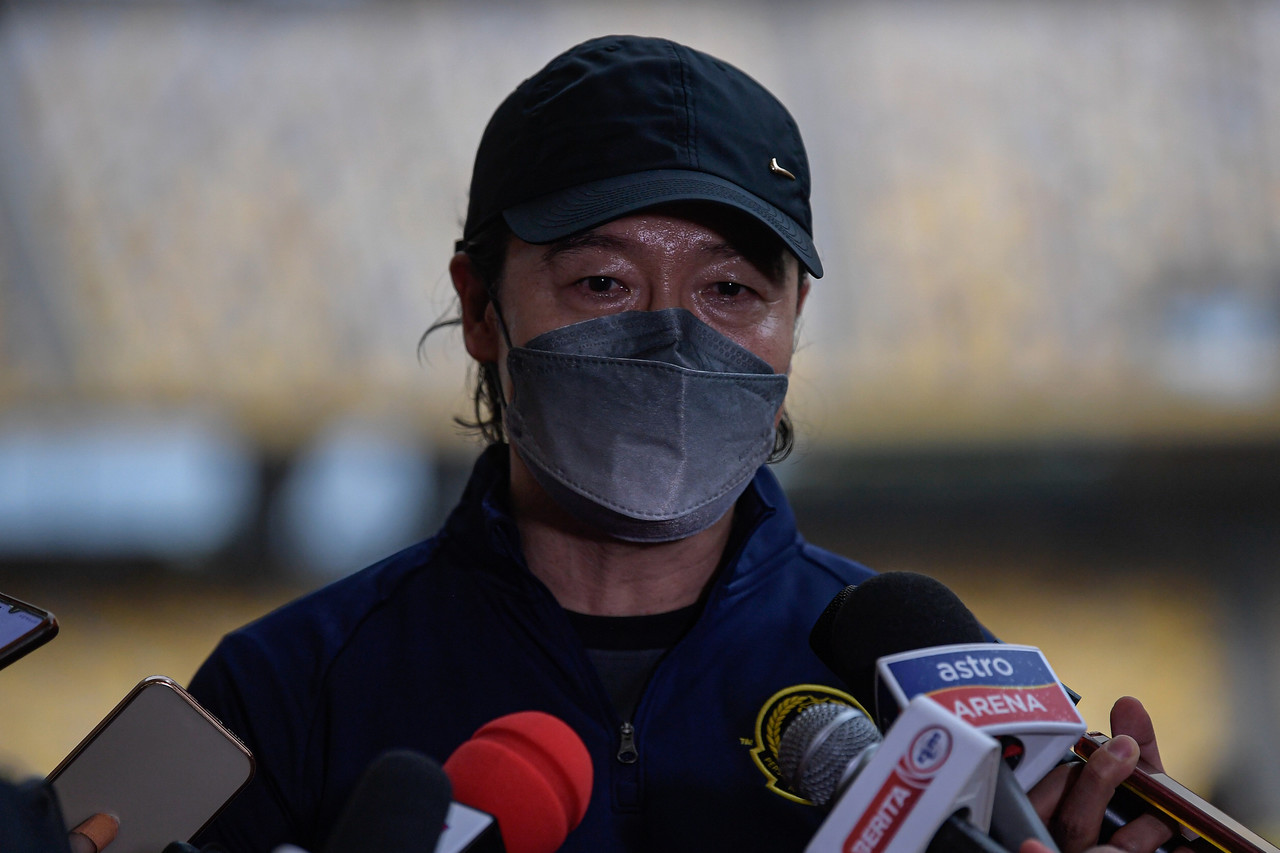 KUALA LUMPUR (June 9): National Head Coach Kim Pan Gon hopes the excellent performance displayed by his charges and their positive momentum in the win over Turkmenistan can continue in the clash against the favourites, Bahrain this Saturday.

Realising that Bahrain is a better team based on the world ranking, Pan Gon said his side needed to be extra careful when taking on the Dilmun’s Warriors in the second match of the 2023 Asian Cup Qualifiers Group E campaign at the National Stadium in Bukit Jalil here, to steal at least a point.

According to the 53-year-old coach from South Korea, he always wanted to see the Harimau Malaya dominate every match despite having to change the approach according to the strength of the opponents.

“That is what we want (continue excellent performance) but practically Bahrain ranked 89th in the world so we must be smart in approaching the game because we need a point and our target is to qualify (to the final round).

“I think we will discuss (Bahrain game) among our team but basically one day I want to see Malaysia dominate every single game and every single opponent. We want to make fans proud,” he said at a post-match press conference after watching his team defeat Turkmenistan 3-1 here, last night.

Currently, Pan Gon is only focusing on ways to achieve the team’s seven-point target in hoping to secure the 2023 Asian Cup spot.

Despite the national squad being ranked 154th in the world ranking, the coach is optimistic about the team’s strength and the players’ spirit to carry out the mission, which may spring a surprise on Bahrain led by Helio Sousa.

“We’ll try to get one or three points, who knows…because football gives us surprise all the time, but one thing for sure, we are not an easy team, our players is not an easy player, I think maybe we’ll be very very hard for them (Bahrain),” he said.

Malaysia and Bahrain kicked off their 2023 Asian Cup Qualifier campaign on a high note after beating their opponents Turkmenistan 3-1 and Bangladesh 2-0 respectively yesterday, thus sharing three points at the top of Group E.

In the Malaysia-Turkmenistan clash, the Harimau Malaya’s goal was scored by Muhammad Safawi Rasid in the 11th minute, Mohamad Faisal Halim (16th minute) and Corbin Ong in the injury time of the first half while Altymyrat Annadurdyyev scored Turkmenistan’s only goal in the 38th minute.

Only group champions and top five runners-up will qualify for the finals of the 2023 Asian Cup.

Malaysia’s last appearance in the prestigious Asian Cup was back in 2007 when it co-hosted the tournament, but it has been more than 40 years of failing to advance on merit since the 1980 edition in Kuwait. – Bernama