Wednesday, July 6
You are at:Home»Columns»Just another point of view»The little imperfections that make us human 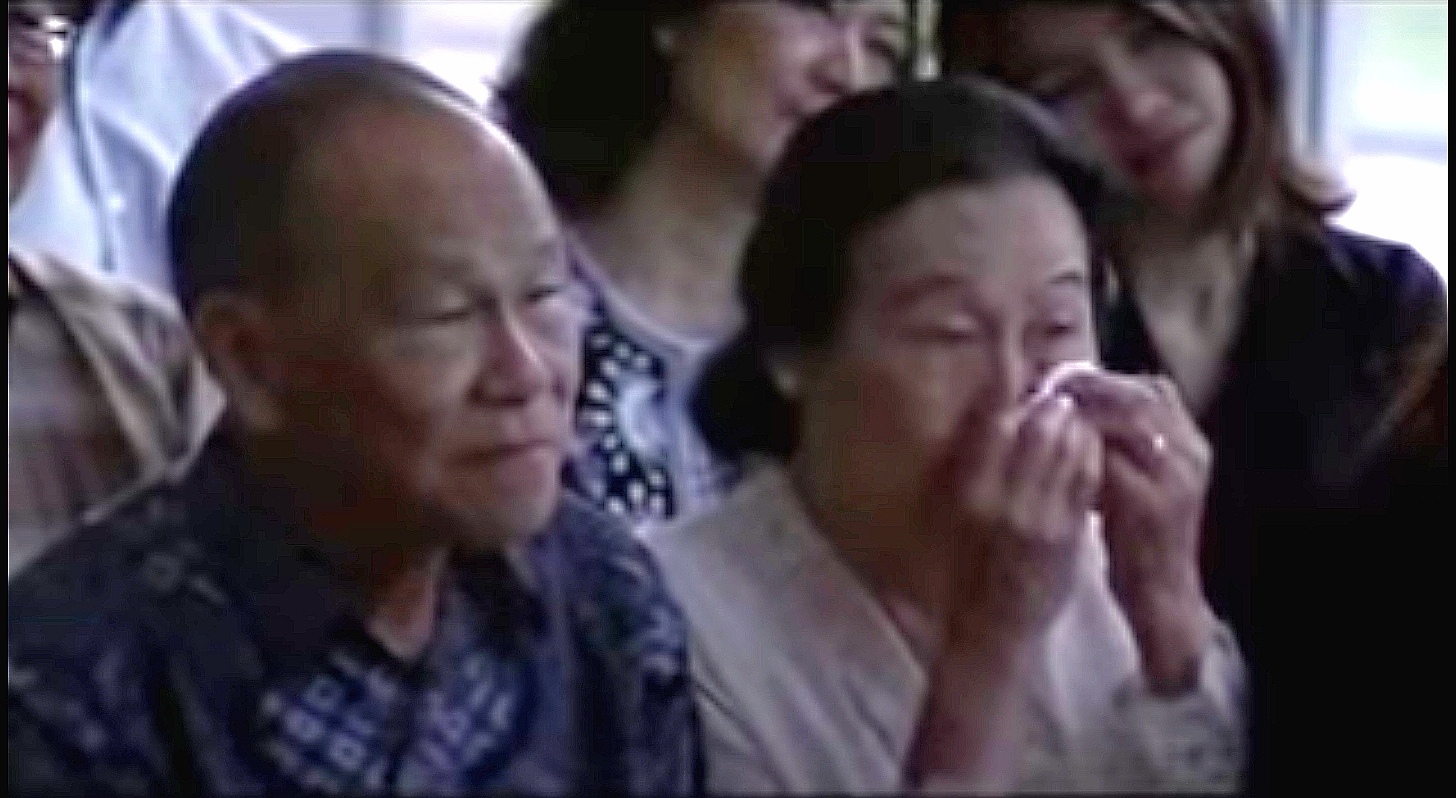 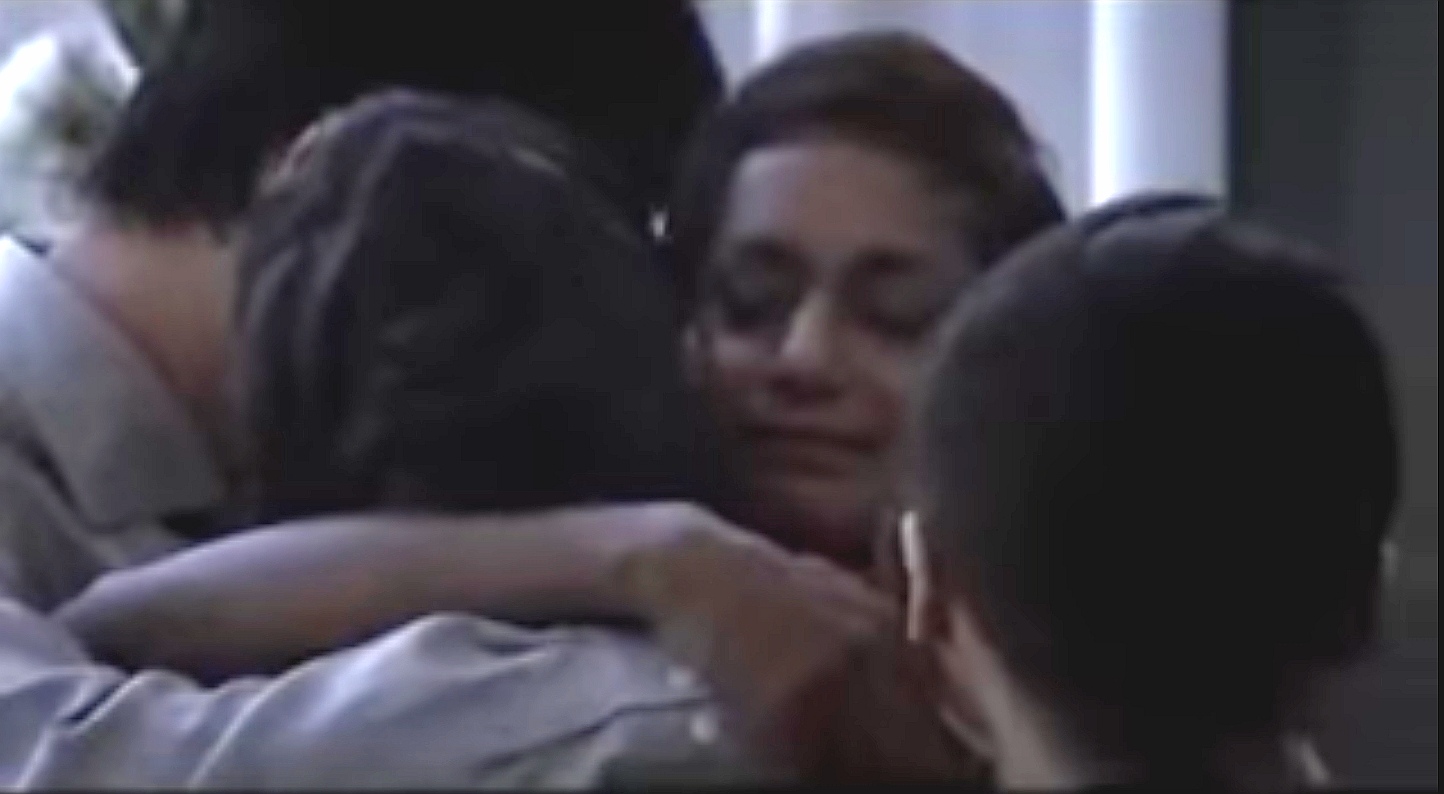 SOME 13 years ago, in April 2009, the Singapore Government’s Ministry of Community Development had commissioned critically-acclaimed and award-winning Malaysian film director/producer Yasmin Ahmad to shoot a three-minute video entitled ‘Funeral’.

The short story portrays a mother’s and a wife’s love for her husband, despite his little ‘imperfections’. It was a most touching and meaningful little classic and would always generate much emotion upon viewing. I still tear up every time I reach that moment when the actress’ words would trigger me off.

You can still view the video here on YouTube via this link – https://youtu.be/s2XLZsiCBsA.

This little video-clip is currently doing the rounds again on social media and WhatsApp Chat Groups (WAGs); thus, prompting inspiration for my topic in this week’s column.

I do my research online to scour useful and important quotations, examples and experiences of others about any subject.

I did one for ‘imperfections’ and ‘the perfect man’. Thousands of pages had turned up – it’d be impossible to go through and digest through them page by page.

Even a more specific search for biblical quotes had turned up an immense amount of material!

It proved at least one thing to me – there’s no such person, no such entity and that there’s no ‘perfection’ as we humans deem to seek out in this world!

Even Mahatma Gandhi had said: “Imperfect men have no right to judge other imperfect men.”

That’s as true as it gets!

When we were very young and had gone to school to be educated for the very first time, I could still remember that our parents had entreated us to learn and study hard in our lessons and to seek for perfection in whatever we did – to obtain the best – perfect 100 per cent marks and score full success in our examinations and be the perfect student!

A few of us strived, did our best and succeeded; yet most of us had never fully attained that ultimate total success in everything that we did.

If we did well in our studies, we were poor at sports and extracurricular activities. If we were great sportsmen or had contributed towards the school’s many successes, we were not able to excel in the classroom.

Only a very rare few had managed to strike that perfect balance of attaining a good academic record and excellence in the sports field.

From my own personal experience in academia, I was able to learn a few important life lessons. I had found out later in life that some of my fellow classmates who had done extremely well in school and had scored high marks in their many public examinations had later on in life found careers and jobs that were lacklustre, mediocre and run-of-the-mill instead.

There were those who had struggled and had not accomplished much academically but who had gone on to become very highly-ranked figures in politics and government; and also those who had become self-made millionaires and gained immense success in their own fields of endeavours.

Early successes and young brilliant minds did not necessarily translate into later life rewards, nor grand accomplishments. Such are the imperfections of life in general.

Opportunities, personal decisions and luck would come into play, as would opportune timing, personal connections and networking – all these coupled with one’s own personal character and a certain knack for taking risks.

Human relationships form the major part of our lives once we take that adult step into the world in our late teens. During our school days and at the institutions of higher learning, we tend to be cloistered in the hallowed halls immune from the outside world of adulthood and the general roughshod ways of the world –  in fact, we had led rather sheltered lives away from the real force and nature of humanity.

But once we left school, we had to adapt to survive, and many of us had failed to do that!

Our survival in the adult world had also meant that we had to be able to form our own opinions and shape our mindsets to get in tune with an ‘imperfect world’ – it is no longer our teachers, professors and trained counsellors who interact with us; we have to find our own path towards our future, and it’s left to us to seek for truth, love and friendship in this brave new world!

In my own experience, this had meant building relationships. The luckier ones among us continue the friendships that we had started during our school days right into adulthood and for the rest of our lives.

Most of us go our separate ways, never to meet again except maybe once or twice many decades later at class reunions.

Yasmin’s little film, in which the wife had eulogised at her husband’s funeral service when she had mentioned that despite the imperfections she had shared with the audience with regards to her late husband’s snoring habit, she had missed hearing it since he had gone.

With that little plot-line, Yasmin in her usual ingenuity had built into that tiny turn of phrase something that had tugged at our common hearts’ strings simply by putting us into the wife’s shoes. Those of us hearing these simple few words inevitably shed a tear or two recalling those exact same feelings that those words had emoted.

Who amongst us is so perfect that we can say out aloud that we have not a single blemish in our character; that we have never done anything wrong; or that we are stand-up citizens who have lived our lives without a single fault, mistake or had not committed any sin in our lives?

No two humans are fully attuned to one another. We are all uniquely different although the majority of us share similarities, have common interests and may even originate from similar background insofar as families, languages, cultures, education and upbringing are concerned.

Even more of us do not share any similarity at all – yet we have managed to live harmoniously and in many instances, even cohabited in ecstatically happy relationships for a great number of years.

I have attended family gatherings of mixed marriages where I have seen on display genuine love, harmony and happiness being celebrated among family and friends –  down-to-earth events that had warmed the hearts of the guests and had gone on till late in the night.

I have also been to wakes and funerals where it was obvious that the dearly departed was well loved by all those who were there.

However, these events are becoming fewer, rarer and lesser as the years go by – simply because there are a lot more marriages that have not survived longer than even a decade, or less. It seems to me that breakups, separations and divorces have become more common these days.

What could be the causes leading to such breakdowns in relationships overall?

In actual fact, the statistics have shown that one couple gets divorced every 10 minutes in this country!

Did you know that the only acceptable reason for divorce in Malaysia is when ‘a marriage has irretrievably broken down’?

The law also forbids divorce within the first two years of marriage. The National Population and Family Development Board of Malaysia undertook a survey in 2014/15 to find out ‘Why Marriages Fail’ and the top marks went to ‘lack of understanding between the spouse’ – 38 per cent of all women, and 56.2 per cent of all mean cited that as the main cause.

In the past, a lack of understanding could be resolved by having a serious sit-down and talking it out, or with a counsellor (or spiritual leader), or with friends mediating on behalf of either spouse; providing there’s some solution, or if the issue was not too unsolvable, most couples could patch it up and carry on with their lives.

Today, I feel that there’s too much distraction, outside third-party influences as well as couples becoming too set in their ways, and the ultimate deal-breaker – once a third party is involved or that there’s already an alternative on standby, it’s gone beyond reconcilable. It’s a real tragedy, especially if children are involved.

In conclusion, I’d like to share a quotation that I found on Google that aptly echoes my own personal feelings on imperfections:

“None of us is perfect. There was only one perfect man who ever walked the earth, and He was the Son of God. We all have weaknesses and I guess we all make mistakes and will make mistakes in the future, but look for the virtues, the strengths, the goodness in those with whom you labour, and draw those characteristics into your own lives and make them a part of yourselves, and you will be the richer for it all the days that you live.”-GBH.