Tuesday, July 5
You are at:Home»Features»Going the distance 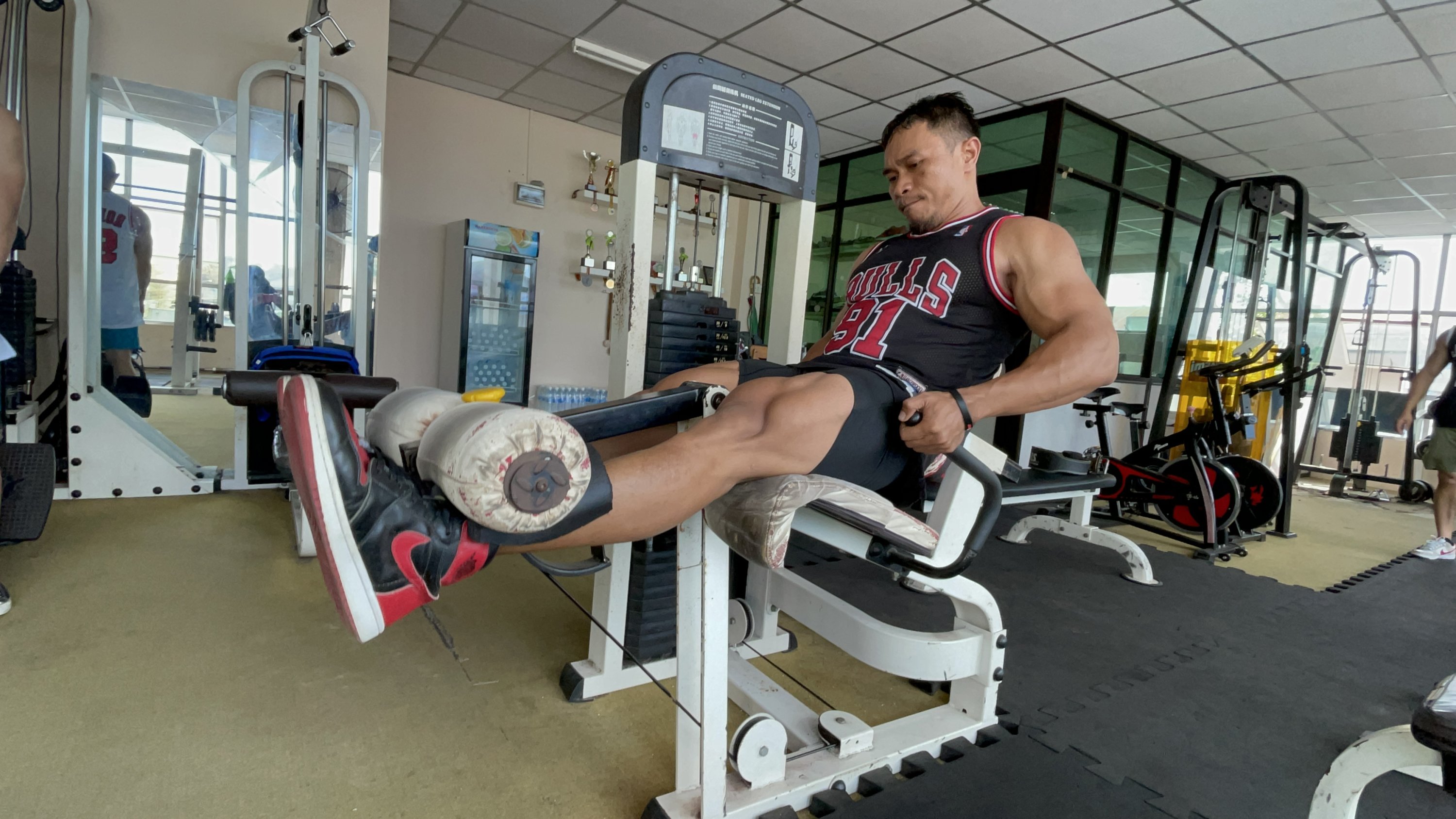 Brave decision to relocate pays off for bodybuilding champ, and he vows to never rest on his laurels

ANYONE can have a dream, but only a few would dare to go the distance to realise theirs.

In this regard, Awangku Hosin Awangku Bagul definitely fits the latter. 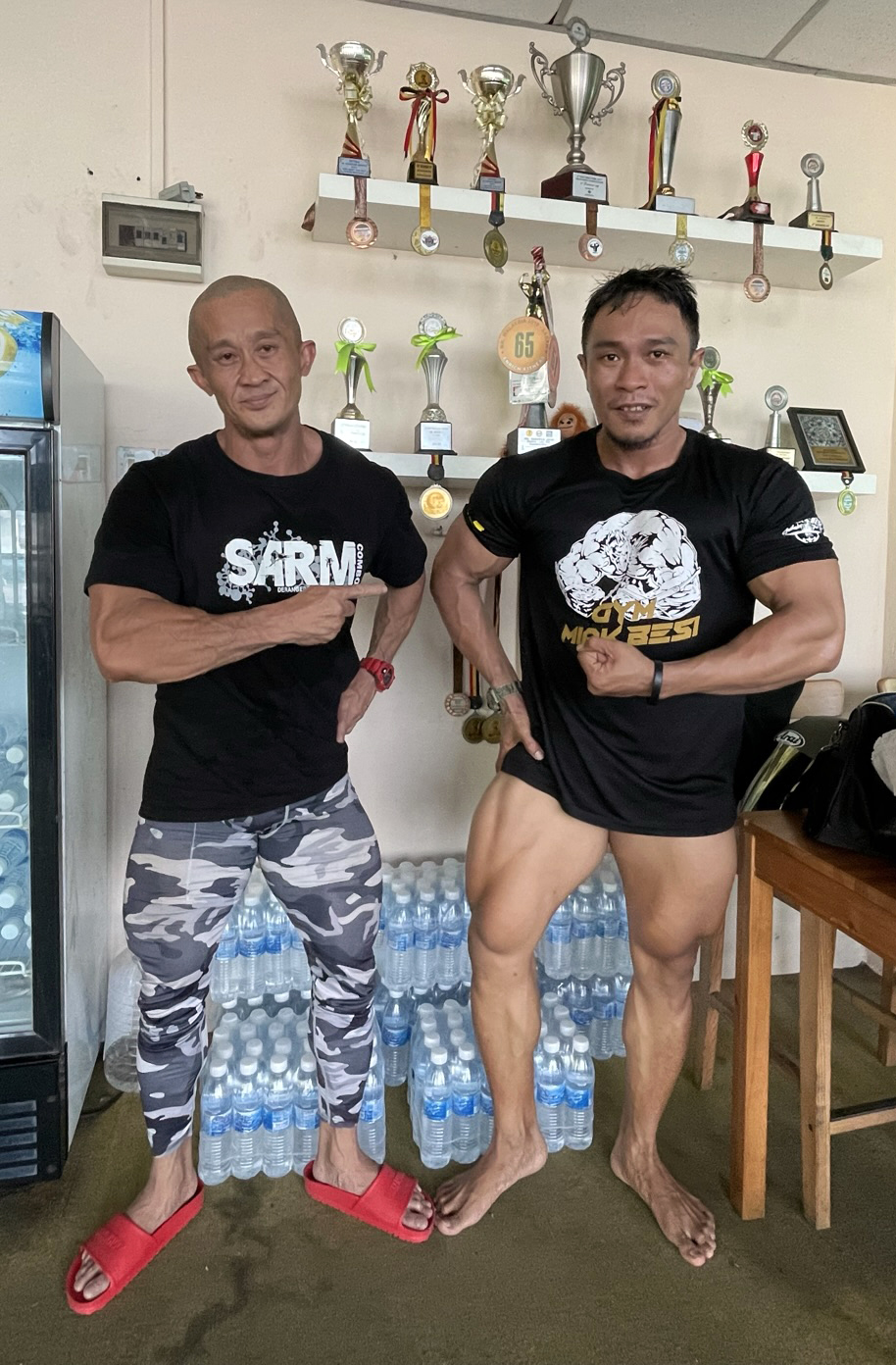 At the age of 22, the muscleman made a brave decision of moving out of his home district Lawas to live in Miri so that he could pursue bodybuilding further.

“It was 2012, and I became aware that there was no bodybuilding association in Lawas.

“So I decided to relocate to and work here so that I could compete in more competitions run under the Miri Division Bodybuilding Association,” the 32-year-old told thesundaypost.

At the divisional Mr Miri 2022 bodybuilding championship held at Boulevard Shopping Mall Miri in March, Awangku Hosin was declared the ‘Champion of Champions’ amongst the over 30 contenders. 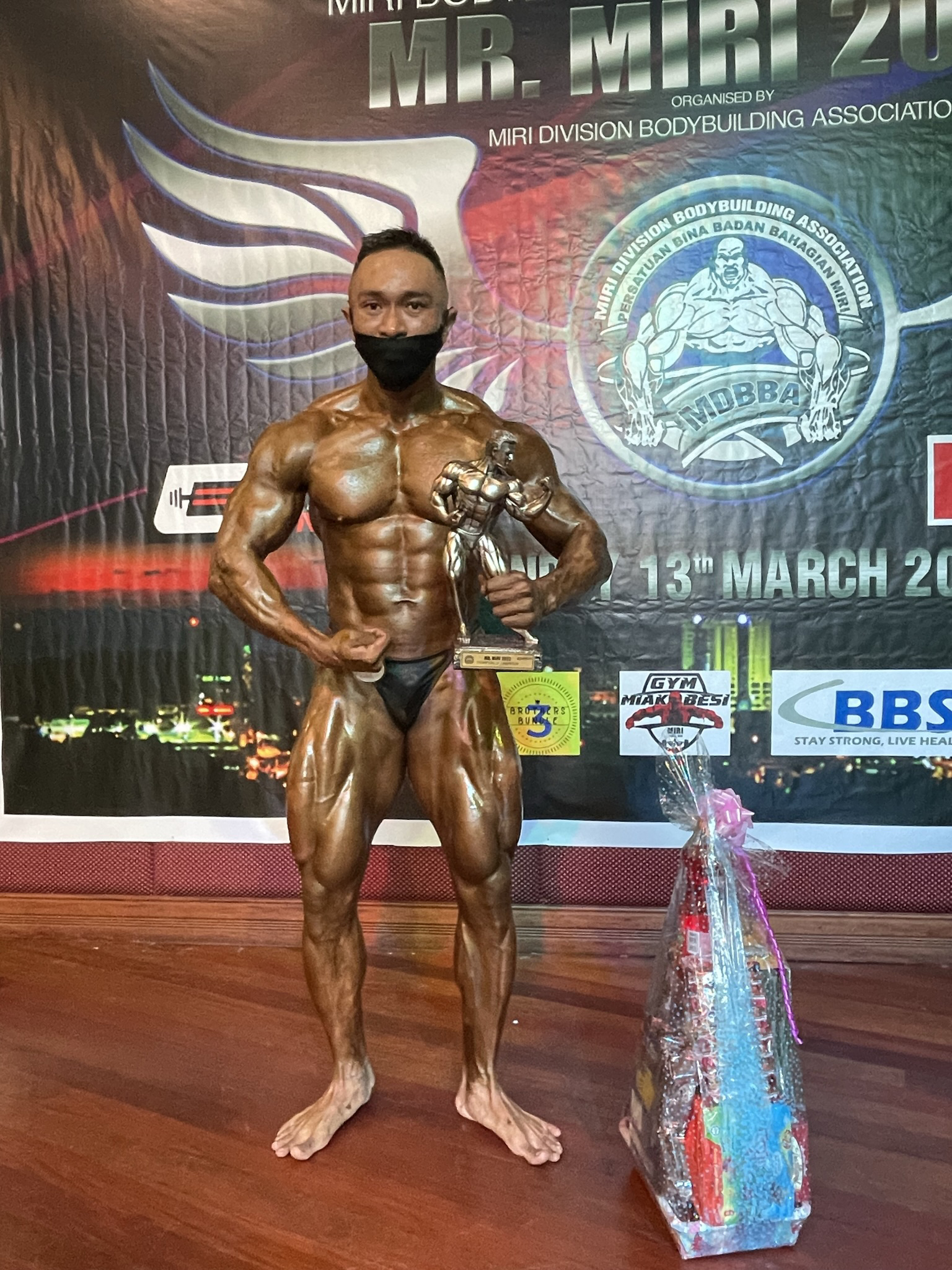 Awangku Hosin posing for the camera after his ‘Champion of Champions’ crowning at Mr Miri 2022.

Prior to the champions’ showdown, he had won the Welterweight category.

The title meant a lot to him, in that it signified all the hard work that he had put in throughout the past decade.

‘Not just a hobby’ 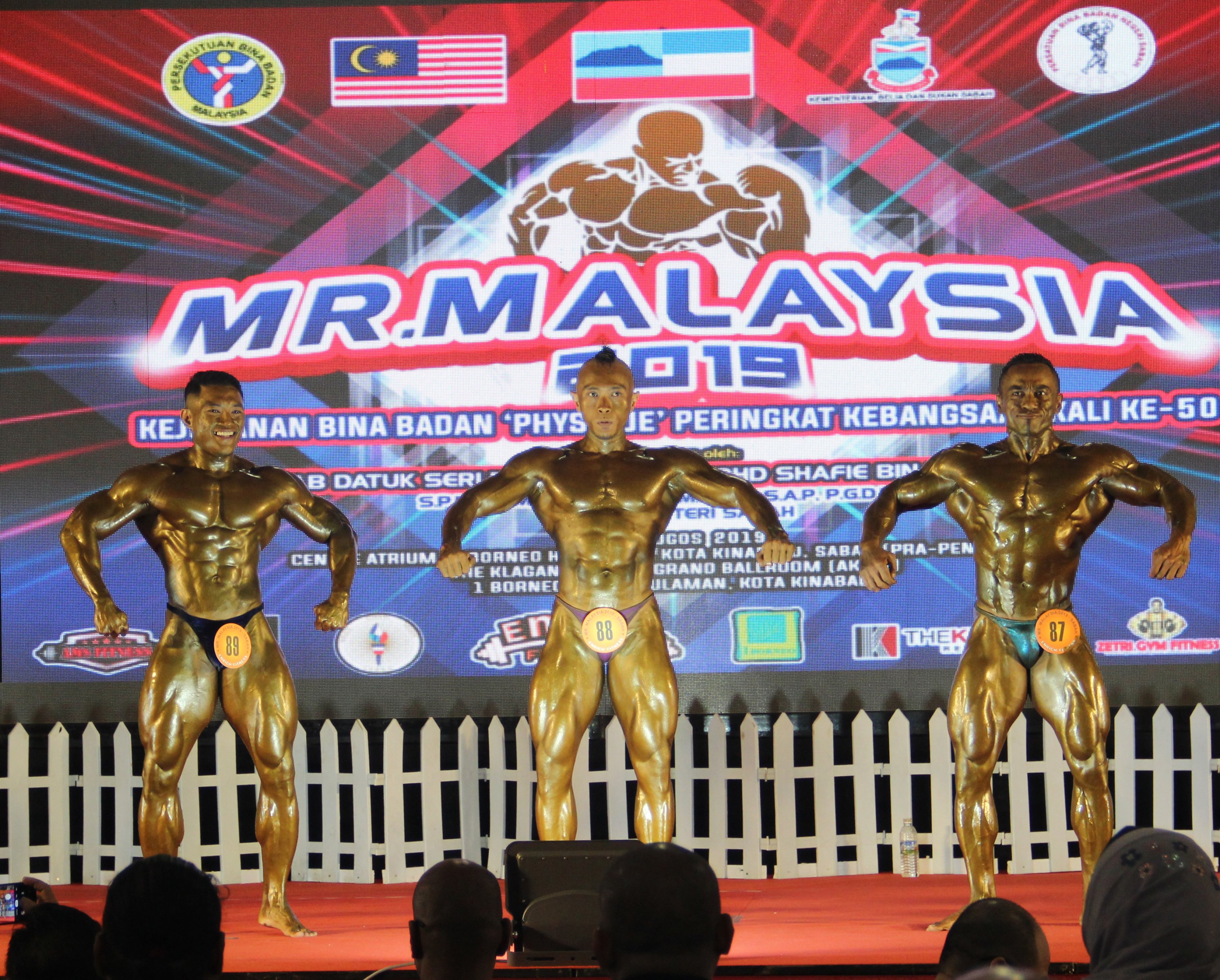 Working offshore was nothing new to Awangku Hosin, who jumped into the workforce immediately after having finished Form 5.

A stint in Kemaman, Terengganu might be the furthest place from home that he had ever worked in, but Miri seemed to be the place that he had decided to settle in.

Still, the relocation was no bed of roses for him.

“During the initial years, no one thought I was serious in my pursuit of making it in bodybuilding – they really thought it was just a hobby,” he said.

Worked had he did, but he felt that something was still missing.

From the day he settled in Miri up until 2016, Awangku Hosin had never trained under any coach – all he was familiar with up to that time were some routine workouts using two dumbbells and a barbell.

That was until he met Coach Hamizan Zaudin, the owner of Gym Miak Besi at the Saberkas Commercial Centre.

From there, he gradually improved his condition and gained more knowledge not just in training, but in other aspects of bodybuilding as well. 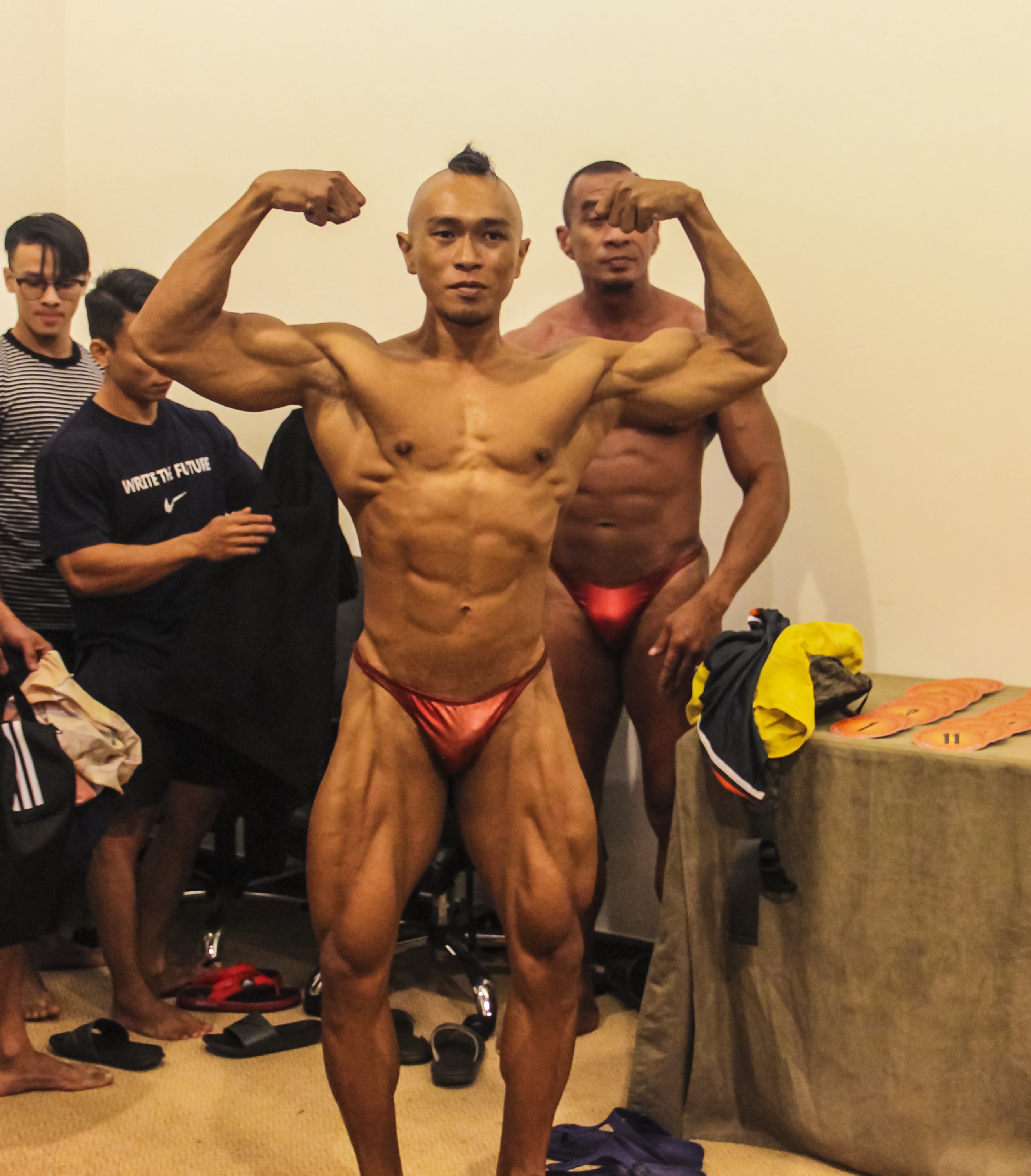 Awangku Hosin striking a pose during the weigh-in session at Mr Malaysia 2019 in Kota Kinabalu.

Awangku Hosin recalled his bodybuilding debut on stage, which was at a competition in Labuan in 2016. Prior to that, he had taken part in some smaller-scale fitness events.

After a two-year hiatus due to the Covid-19 pandemic, he is now eyeing to at least be placed among the Top 5 in all the competitions that he plans to join this year.

“Of course, it is my ultimate dream to compete internationally, such as the SEA Games, but I must first earn my ticket by excelling in Mr Sarawak, followed by Mr Malaysia.”

Awangku Hosin (right) in the ‘Champion of Champions’ showdown during Mr Sarawak 2019 held in Sibu. Seen at third right is Coach Hamizan, who had earlier won the Bantamweight category.

Awangku Hosin continues to work hard. A delivery man in the morning and a restaurant’s cashier at night, he spends his late afternoon undergoing rigorous training at the gym almost every single day.

“I have been in this sport for about 12 years now and throughout that, there have been many sacrifices.

“I believe in discipline and consistency in achieving anything that I set out for.

“I have fixed bedtime, meal-time and training time – all these must be done over and over again.”

When it comes to diet food, Awangku Hosin usually prepares it himself and prefers to not to eat outside.

“Again, this is among the basic disciplines that should be practised by every committed bodybuilder.”

Adding on, he regards controlling the intakes of salt and chillies as ‘essential’, especially leading up to a competition and in this respect, working at a restaurant serves as an advantage for him when it comes to meal-prepping.

“I have been working in the restaurant for over a decade, so I have learned how to prepare my own food,” he said, listing butter chicken, ginger chicken and tom yam as among the dishes that he had ‘mastered’ in cooking.

“Actually before bodybuilding, I was very much into motor-sports after secondary school but then, I noticed that the sport in Malaysia had later lost its popularity.

“Still, I like to play with motorcycles and I can handle garage tools, right up until today.”

‘It is not magic’ 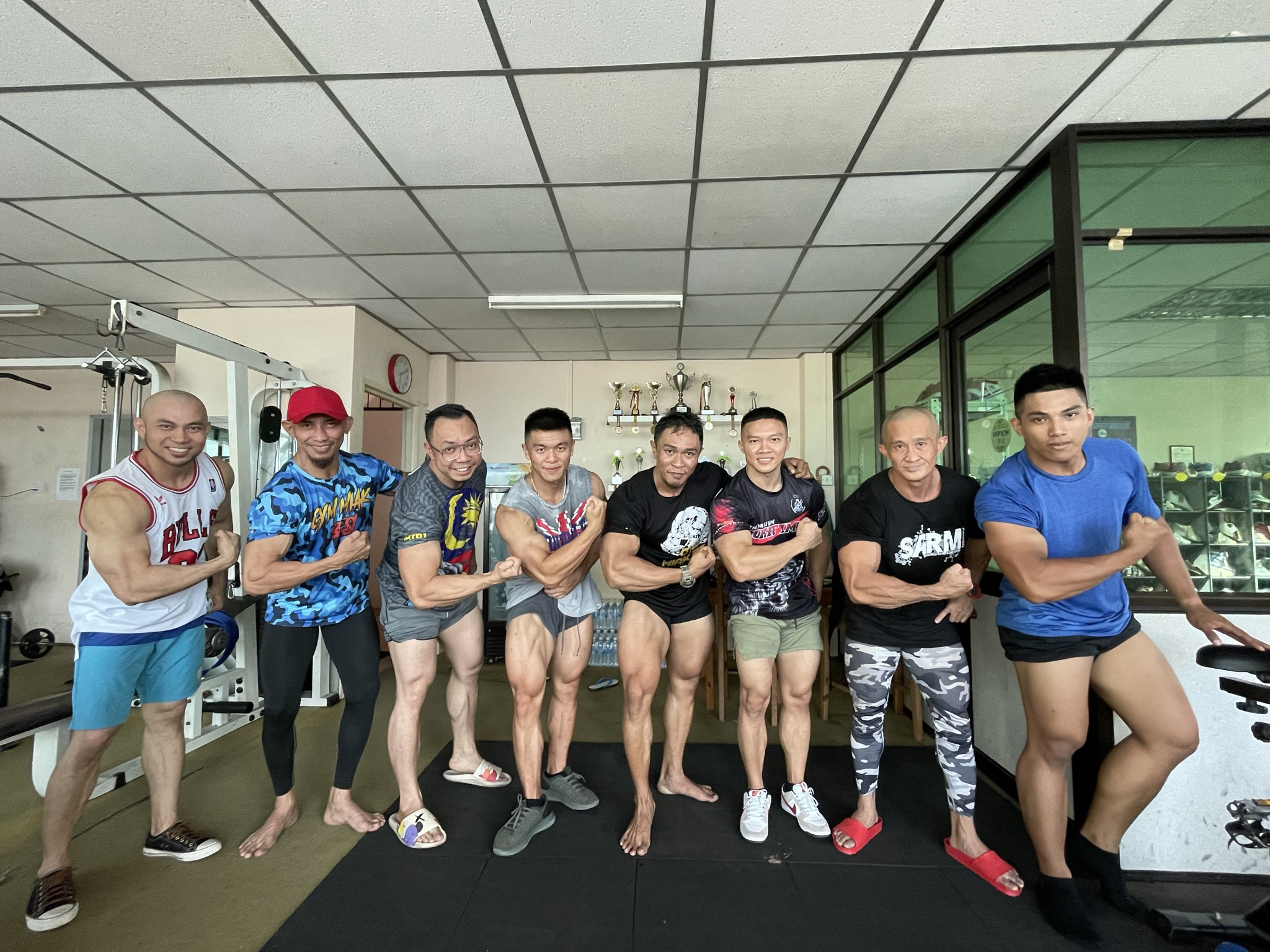 Awangku Hosin really hopes that the bodybuilding community, especially those from the younger generation, would help rectify the negative misconceptions associated with this sport.

“There are many people who still believe that bodybuilders take lots steroids and other illegal stuff as they feel that having bodies like ours seems pretty far-fetched.

“Consuming those things alone would not help much because to achieve an impressive physique takes a lot of hard work, discipline and consistency – both in training and diet.

“This is a process that takes years, and it is not magic.”

In this regard, he advises the bodybuilding newbies to establish their discipline and consistency first, before figuring out how they can reach their full potential in physique development.

“Such goal can be achieved behind a weight bar.

“Many people do not see that we do this (train) every day. There can never be adequate resting time for us. This is also why we need to have training partners to provide support, because doing this for many years can lead to stress if not handled properly.

“Again, I point out that discipline and consistency go hand in hand when it comes to bodybuilding because we do this not only for a month or two, but for many years down the road.

“It’s a repetitive process – eating the same thing, showing up at the gym, training rigorously, and placing our priorities accordingly, again and again over many years.” 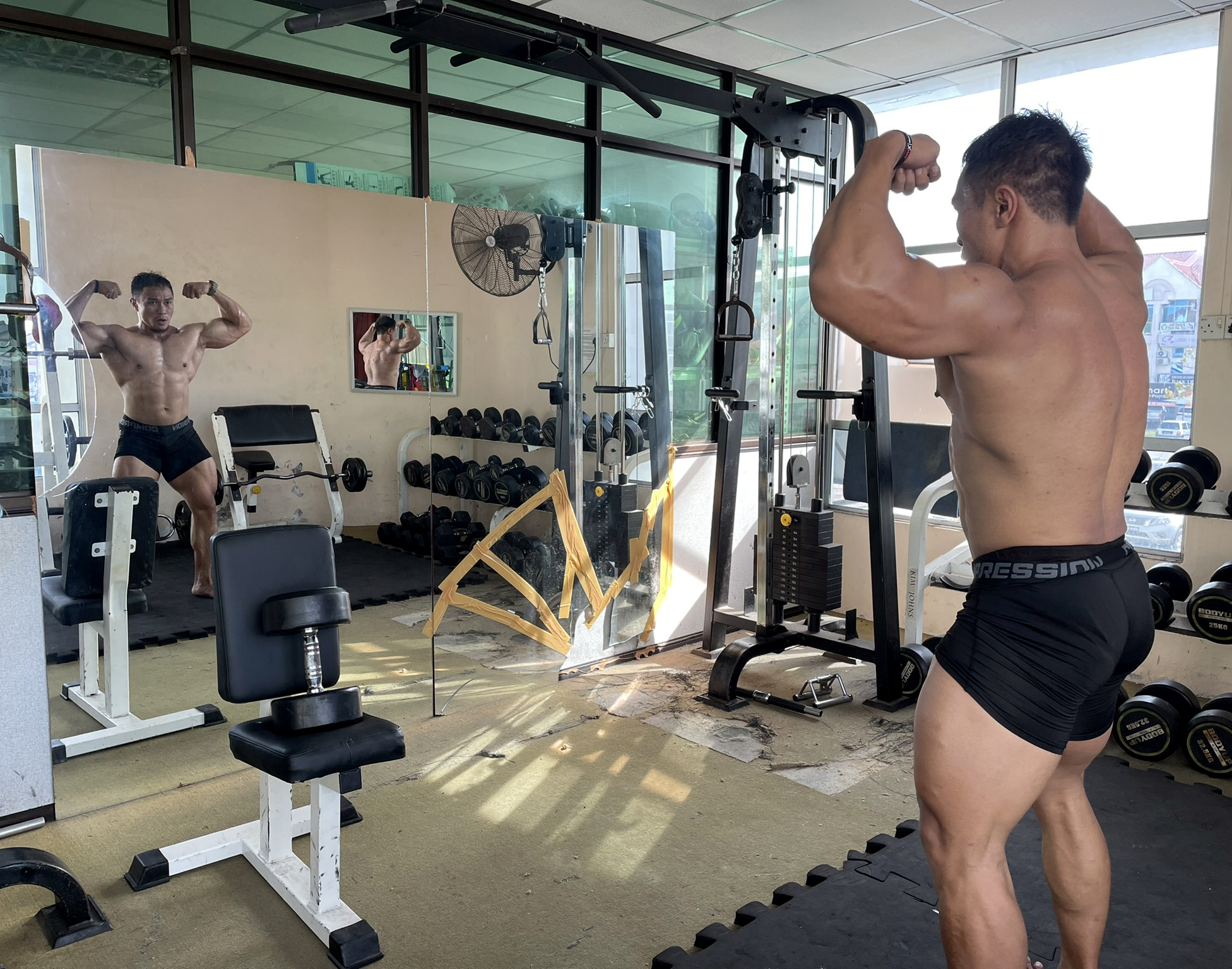 Awangku Hosin says bodybuilding is a process that takes years, stressing that ‘it is not magic’.

Awangku Hosin can definitely relate to the idiom ‘no pain, no gain’, but to him, eating right is what really nourishes the muscles.

“For the beginners, it is best to learn more about and maintain healthy eating before looking for coaches. ‘Clean eating’ should come first – training, second.”

For him, it takes more than just strength to become professionals, and a whole lot more than motivation to stay consistent in the gym.

“It takes an endless drive, but along the way, you get to reach the goals that you have set for yourself – this lets you know that you can go even further.”