Friday, July 1
You are at:Home»World»End of an era as Russia’s McDonald’s reopens under new name 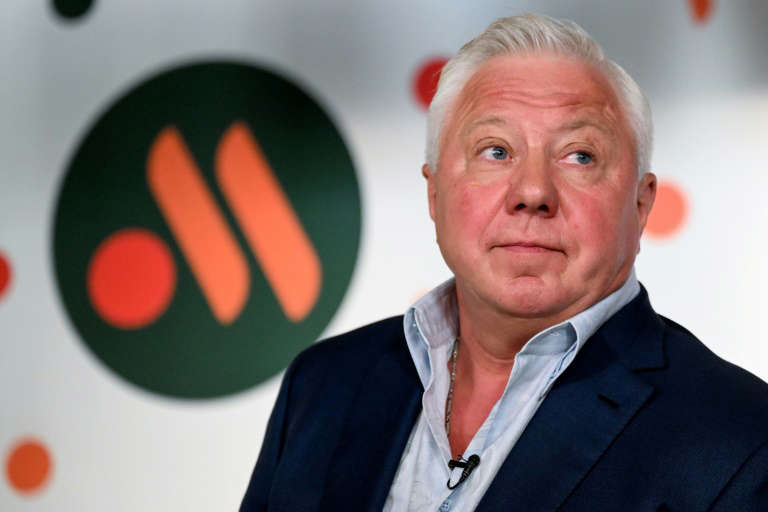 Russian businessman Alexander Govor, who had been a licensee of the chain, bought the 850-restaurant operation following McDonald’s exit from Russia. – AFP photo

MOSCOW (June 13): The restaurant that launched McDonald’s in Russia in 1990, heralding Moscow’s opening after decades of Soviet rule, reopened Sunday with a new name and logo in a potent reminder of the upheaval sparked by the conflict in Ukraine.

The US fast-food giant announced on May 16 that it would exit Russia in the wake of its Ukraine offensive.

In Moscow’s Pushkin Square on Sunday, dozens of people gathered outside the Russian incarnation of the fast-food restaurant, “Vkusno i tochka” (“Delicious. Full Stop”), well before the official noon (0900 GMT) opening.

“My whole family went… three times to McDonald’s for a farewell meal,” Elena, a programmer and mother of two, told AFP.

“Now we’re going for a reunion lunch,” she smiled.

Inside, 31-year-old Oleg, one of the first customers to receive his order, said “Vkusno i tochka” was “delicious, beautiful and cheap.”

The restaurant, on the spot where the very first McDonald’s opened its doors to long queues and great fanfare in January 1990, is among the first 15 to welcome customers.

On Monday, another 50 restaurants are set to open, according to Oleg Paroyev, general manager of the new group, with the chain then planning to reopen 50 to 100 a week across the country.

In place of the Golden Arches, there’s a new logo – two stylised orange fries alongside a red dot on a green background.

There are still double cheeseburgers on the menu, as well as a wide range of ice creams and desserts. But the “Mc” prefix no longer appears.

“We had to remove some products from the menu because they refer directly to McDonald’s, such as the McFlurry and Big Mac,” Paroyev said.

Prices have risen “slightly” due to the inflation that has hit Russia hard after Western countries imposed sanctions — but they remain “reasonable”, he added.

As for the packaging, it is “neutral” — “no word, no letter” should remind customers of the McDonald’s group, Paroyev said.

McDonald’s Russian restaurants had accounted for around nine percent of the US group’s turnover.

Three days after the company announced its exit in May, Russian businessman Alexander Govor, who had been a licensee of the chain, bought the 850-restaurant operation.

“I am ambitious and I don’t only plan to open the 850 restaurants but to develop new ones,” Govor said on Sunday.

Under the sale conditions, Govor agreed to retain employees for at least two years and fund liabilities to suppliers, landlords and utilities, McDonald’s said.

The price of the transaction was not disclosed but in announcing its exit, McDonald’s said it planned to take a one-time charge of US$1.2 billion to US$1.4 billion to write off the investment.

McDonald’s had employed 62,000 workers in Russia.

Govor, a licensee since 2015, has operated 25 restaurants in Siberia. He is co-founder of NefteKhimService, a refining company, and a board member of a firm that owns the Park Inn hotel and private clinics in Siberia. – AFP