Saturday, August 13
You are at:Home»News»Court»Down syndrome girl Bella appears in court for identification 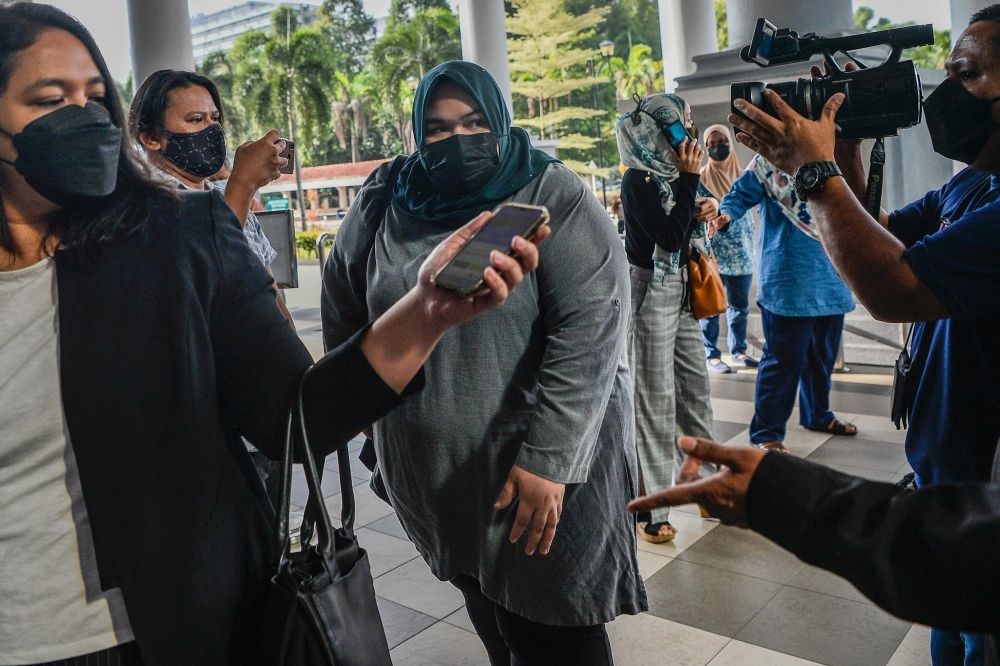 KUALA LUMPUR (June 17): A 13-year-old girl with Down syndrome known as Bella appeared at the Sessions Court here today for identification proceedings in the trial of Rumah Bonda founder Siti Bainun Ahd Razali.

Deputy public prosecutor Nor Azizah Mohamad informed the court that apart from Bella, there were five other individuals, aged between three and 17, present in court for the identification proceedings.

Previously, the six individuals were under the care of Siti Bainun at the shelter home.

They will be identified by three witnesses, namely an assistant manager of a company Zurianty Sudin, 39, a resident of Rumah Bonda Yasmin Nahar Mahmood, 19, and a legal research officer at a law firm Suhana Zam, 40.

Bella, clad in a blue shirt, black pants and grey scarf, was brought into the witness room at 9.50am by officers from the Social Welfare Department (JKM) and greeted by lawyer Datuk Khairul Anwar Rahmat who was appointed by the Regent of Johor, Tunku Ismail Sultan Ibrahim, to hold a watching brief in the trial.

A total of eight prosecution witnesses have testified in the case and today Suhana, who is also the eighth witness, will continue her testimony.

Siti Bainun, 30, has pleaded not guilty to two charges of neglect and abusing Bella, to the point of causing the victim to suffer physical and emotional injuries.

She is charged with committing the act at a condominium in Wangsa Maju between February and June 2021 under Section 31 (1) (a) of the Child Act 2001, which provides for a maximum jail term of 20 years or a fine of RM50,000 or both on conviction.